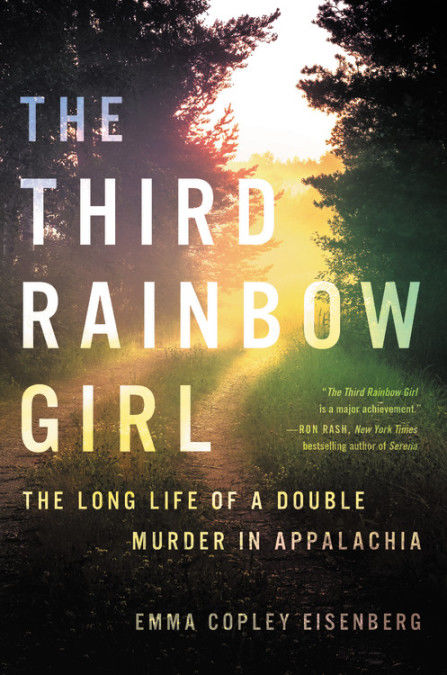 'The Third Rainbow Girl. The Long Life of a Double Murder in Appalachia,' by Emma Copley Eisenberg 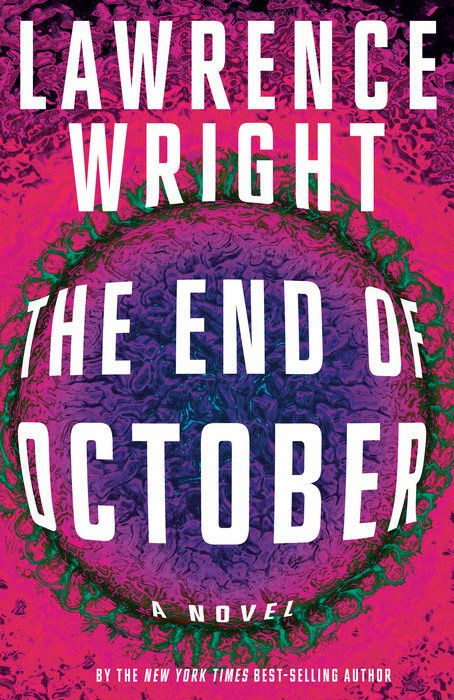 "The End of October" by Lawrence Wright 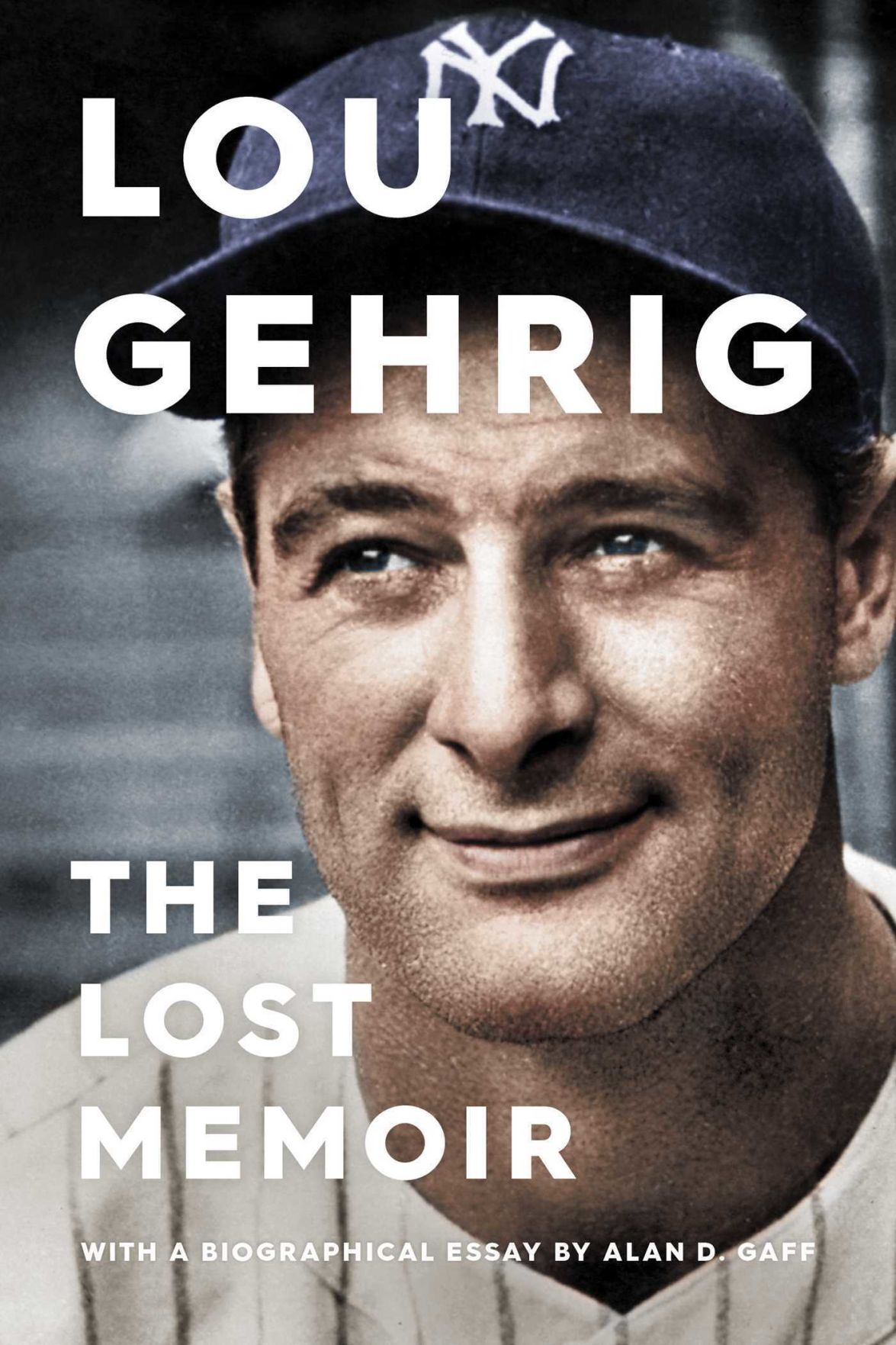 'The Third Rainbow Girl. The Long Life of a Double Murder in Appalachia,' by Emma Copley Eisenberg

"The End of October" by Lawrence Wright

In the pre-television and internet era, it’s hard to imagine the wattage a star player such as Lou Gehrig created or the emotion generated by his famous 1939 farewell speech at Yankee Stadium.

Decades later, as the Baltimore Orioles’ Cal Ripken closed in on the consecutive games record Gehrig had held since Amyotrophic Lateral Sclerosis took him out of the lineup, the ghost of Gehrig visited that 1995 season, reminding us again of the man of uncommon decency and grace and a body built to drive baseballs out of stadiums.

Early in his career, Gehrig was persuaded to write a series of newspaper essays about baseball life. How much editing took place is unclear, but Gehrig was a student at Columbia University when the Yankees took note of his baseball skills — so, presumably, Gehrig could string together some coherent thoughts.

And the pieces — all reproduced in this book — mesh with the polite, reserved, determined and humble son of German immigrants superbly painted in Jonathan Eig’s definitive Gehrig biography, “The Luckiest Man.”

Imagine essays today by a sports superstar absent any revelations to shock and ignite social media. Gehrig, however, finds goodness in all his teammates and competitors, even perhaps the roughest player ever — Ty Cobb.

Gaff astutely crafts a biography to accompany Gehrig’s columns and focuses on details that parallel Gehrig’s generosity of spirit.

I’m not sure it’s a good idea to release a thriller about a pandemic that sweeps the world at a time when a pandemic actually is sweeping the world. Or maybe there’s no better time.

Lawrence Wright’s harrowing new novel, “The End of October,” either will be a blockbuster bestseller because it is fascinating, detailed, true to life and so terrifying it will scare the sleep right out of you. Or it will be a massive failure for the very same reasons.

Wright is a brilliant reporter and an excellent writer, winner of the Pulitzer Prize for “The Looming Tower,” his nonfiction account of al-Qaida. He draws on his immense reporting skills as well as his knowledge of the Middle East for this novel, whose unlikely hero is a middle-aged microbiologist named Henry, who works for the Centers for Disease Control in Atlanta.

The book builds slowly. In the first half, Henry heads to Pakistan, where there have been reports of a deadly virus in a camp where HIV-positive men have been quarantined. It might be SARS; it might be MERS; or it might be something new.

The virus escapes the quarantine when Henry’s driver travels to Mecca along with millions of other pilgrims, and Henry takes off in pursuit. The scenes in Saudi Arabia shimmer with desert heat and thrum with the complexity of Wright’s Muslim characters and their sometimes conflicting beliefs.

Wright is excellent at gracefully working the science of viruses into the narrative, and the first half of the book, though fiction, is a great primer, in many ways, of what is happening now with COVID-19.

But if the first half of the book is a slow build, the second half is almost pure action — pure, heart-stopping action.

This book will wake you up, and keep you awake. All night.

True crime tale and a look at Appalachian life

On June 25, 1980, two young women who had been hitchhiking to the Rainbow Gathering in Pocahontas County, W.V., were found dead in a clearing at Briery Knob, near the Droop Mountain Battlefield State Park. A third young woman had been with them shortly before but changed her mind about continuing on with them, thus the title, “The Third Rainbow Girl: The Long Life of a Double Murder in Appalachia.” But I inferred “the third rainbow girl” might be a loose reference to the author, as well.

Emma Copley Eisenberg weaves her own narrative into this story about the murders, the investigation, the trial and the character and characters of this county with fewer than 9,000 residents — 942 square miles that is as beautiful and remote as West Virginia gets.

One summer during college, the New York City native took a summer job with a nonprofit called Mountain Views. It was a camp for teenage girls, founded by a woman who wanted to help girls be self-confident self-advocates. Eisenberg would return to work at Mountain Views, smitten by the place as much as the job.

Much of the book is devoted to the detective work of the West Virginia State Patrol, specifically the tireless efforts of Trooper Robert Alkire and the case that prosecutor Walt Weiford built against Jacob Beard, a local farmer. Weiford was convinced Beard killed the two women and remained convinced even after Beard got a new trial and was released.

Aside from being a compelling read, this book advances the efforts of other storytellers who have tried to cut through the devious and hurtful attitudes about Appalachia to reveal an abiding humanity in its quirky soul.