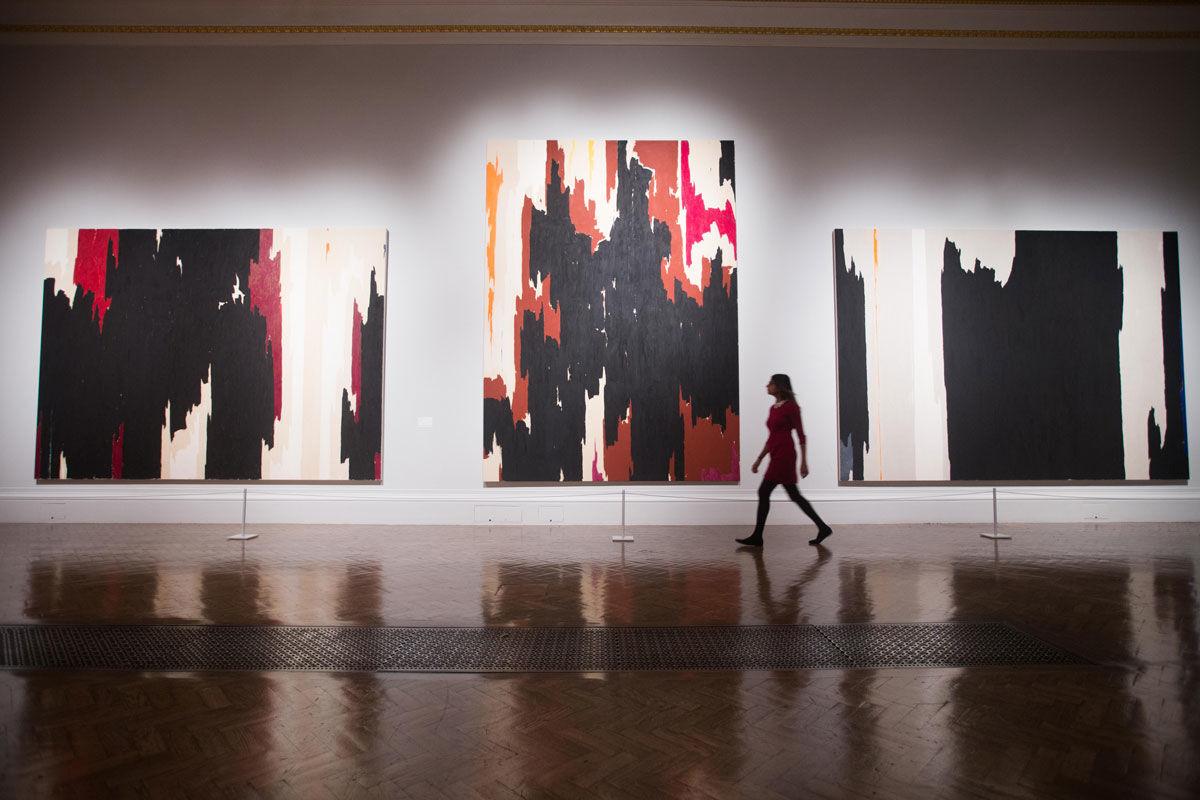 The sale of a Clyfford Still piece is estimated to net $12 million to $18 million and some funds are to be used to buy works by women and people of color. 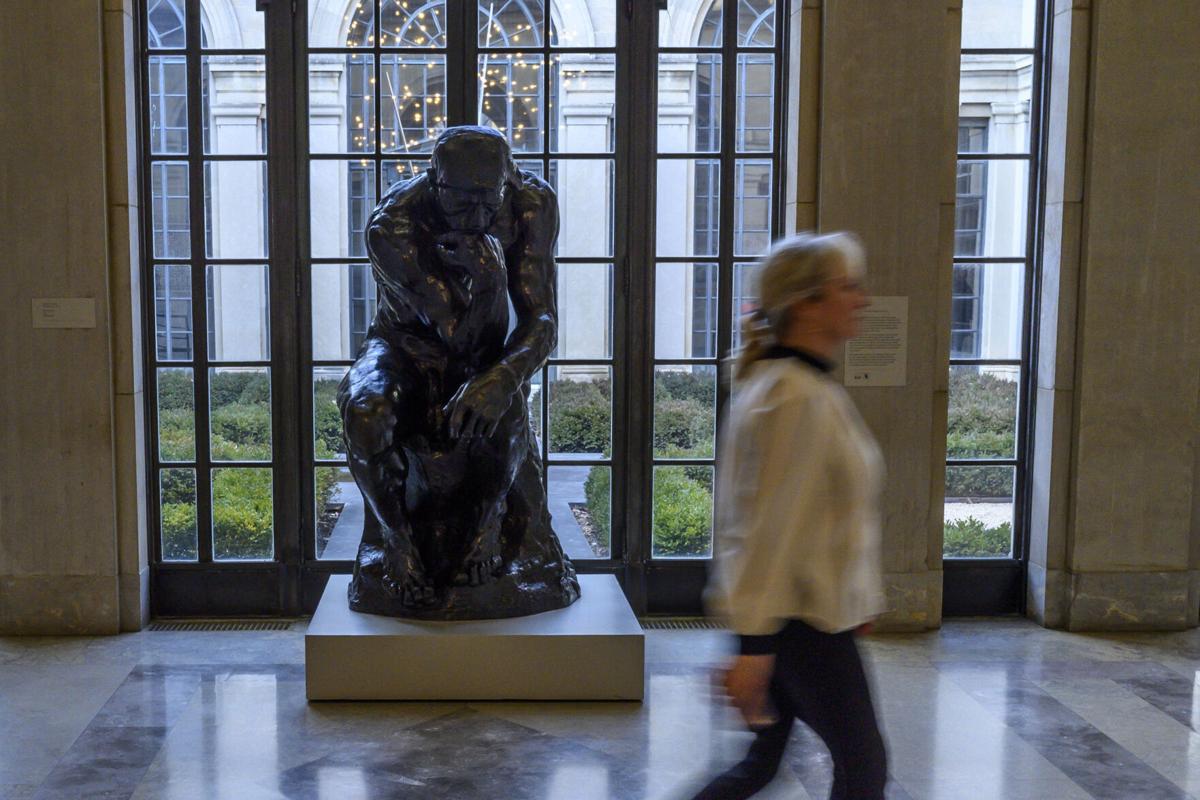 A woman walks by “The Thinker” sculpture by Auguste Rodin at the Baltimore Museum of Art in January in Baltimore, Maryland.

The sale of a Clyfford Still piece is estimated to net $12 million to $18 million and some funds are to be used to buy works by women and people of color.

A woman walks by “The Thinker” sculpture by Auguste Rodin at the Baltimore Museum of Art in January in Baltimore, Maryland.

The one-two punch of COVID-19 and the racial-justice movement has upended huge swathes of society — work, school and health care. Below the radar, it’s also shaking the foundations of another set of U.S. institutions — museums — forcing them to sell prized works and broaden the definition of great art.

For generations, museums lived by a tightly scripted set of rules. They accepted tax-deductible donations and acquired artists seen as great — mostly European and American, mostly white, mostly men. In deference to the sacredness of their task, they were permitted to sell a work only to buy another, not to keep on the lights or pay conservators.

This past April, after museums from San Francisco to Maine shut their doors due to the pandemic, the Association of Art Museum Directors announced that for two years, works could be sold and the proceeds used for “direct care,” with each institution defining what that means.

The impact has been profound. Museums are not only selling works long off the market but acquiring pieces by female, Black and Latino artists, and — they hope — gaining new visitors who will see themselves reflected in the hushed halls. In other words, they’re expanding the canon and hoping to turn this crisis into an opportunity.

Masterpieces are pouring into the market. Last week at Christie’s, Everson Museum of Art in Syracuse, New York, sold its sole Jackson Pollock painting for $13 million and Springfield Museums in Massachusetts offloaded a Picasso for $4.4 million. Brooklyn Museum’s only Lucas Cranach is heading to the auction block while the Baltimore Museum of Art is shopping around its signature, monumental Last Supper by Andy Warhol for about $40 million.

“This is really an unparalleled moment,” said Brent Benjamin, president of the museum directors association and director of the Saint Louis Art Museum. He said earlier financial crises, like the one in 2008, were hard, “but we’ve never seen anything like this.”

Museums are slowly reopening but with reduced staff — the Metropolitan Museum of Art eliminated 400 jobs during the pandemic — and at lower capacity. They can’t hold fund-raising events in person or deepen relationships by organizing trips to international exhibitions and fairs. They’re selling to stay alive, and auction houses Sotheby’s and Christie’s are busy.

Museums represent the distress in the art market while their rich patrons, for the most part, have been so far immune from forced sales. The works are extremely desirable because they’re fresh, historically significant and come from the most exalted of collections.

“In the next two weeks, we’ll be making some significant announcements,” said Nina del Rio, Sotheby’s head of advisory and museum, private and corporate art services, who was granted the $65 million consignment from the Baltimore Museum of Art and smaller ones from Palm Springs Art Museum, San Diego Museum of Art and Art Institute of Chicago.

Adam Levine, the new leader of the Toledo Museum of Art, says he consults often with del Rio. He is exploring if there are ways to extract liquidity from art without breaching public trust, he said. The museum got permission to use $200,000 this year in restricted funds for collection management and its staff is finalizing a plan to diversify its holdings.

“Museums have amazing power,” Levine said. “When we put something on the wall, it becomes unimpeachably great.”

It also becomes unimpeachably valuable, and museums are under pressure to give power and value to those who’ve been underrepresented. Levine’s first acquisition was Black artist Bisa Butler’s large-scale quilted portrait of Frederick Douglass, whose title alludes to his speech to abolish slavery.

To be sure, museums have in the past sold works outside the rules and have occasionally been sanctioned for it. Most exhibit a tiny fraction of the art they own, with the rest in storage rarely if ever seeing light of day.

“These aren’t easy decisions,” said Anne Pasternak, the Brooklyn Museum director. “The Cranach was an outlier in our collection and had need for restoration. Am I sad to let it go? Sure. Are there more important works in the museum collection? Yes.”

She plans to sell at least $40 million worth of art in the next two years, starting with 12 pieces valued at $2.3 million to $3.6 million at Christie’s, and use the income to care for the 160,000 objects in the museum’s care. In Baltimore, the city’s encyclopedic museum is selling three signature works — by Clyfford Still, Brice Marden and Warhol — to raise $65 million.

The sale of the Still especially stings some locals. A key Abstract Expressionist who spent the final decades of his life on a Maryland farm, Still gave his “157-G” painting to Baltimore as a gift. It’s estimated to sell for $12 million to $18 million and some funds are to be used to buy works by women and people of color.

“The imperative to act and address decades of inaction around equality in the museum is enormously important,” said Christopher Bedford, museum director. He says the emphasis on diversity will “ensure that the story we are narrating is the full and true story.”

The Brooklyn Museum plans to sell at least $40 million worth of art in the next two years, starting with 12 pieces valued at $2.3 million to $3.6 million at Christie's, and use the income to care for the 160,000 objects in the museum's care.