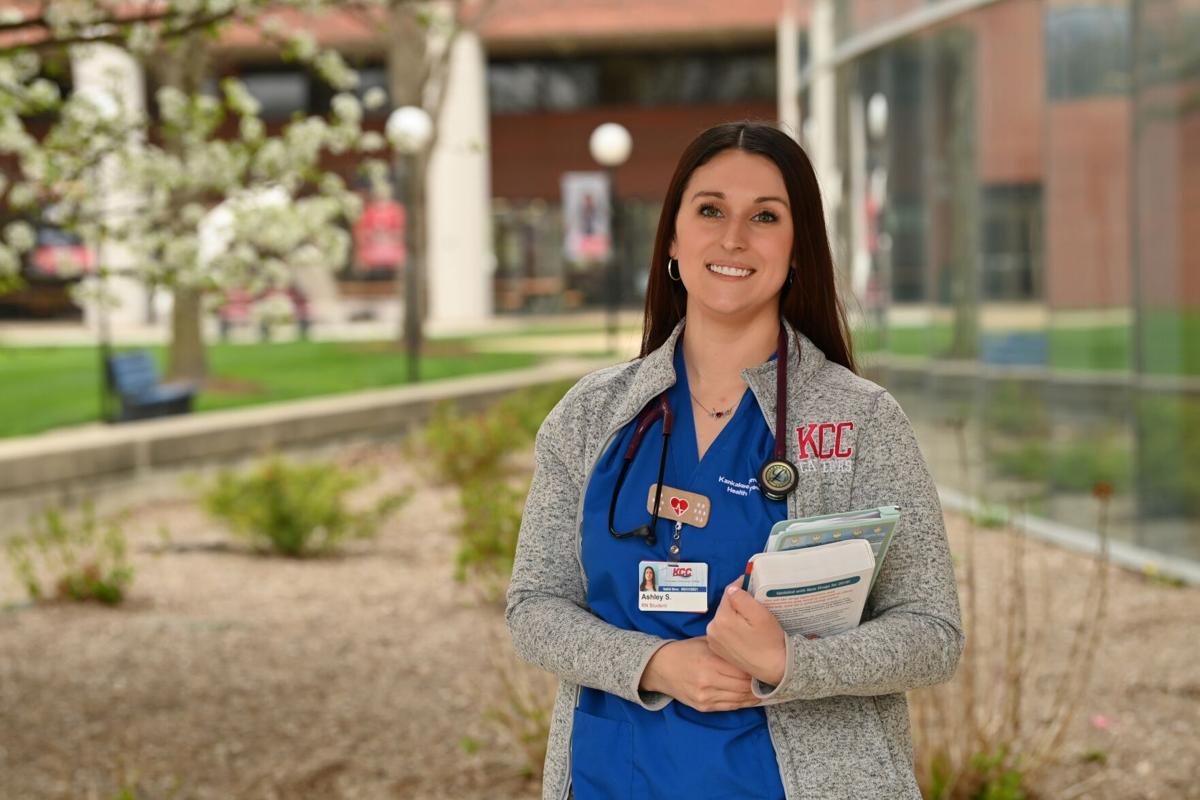 Ashley Silvey on the KCC Riverfront Campus in Kankakee. 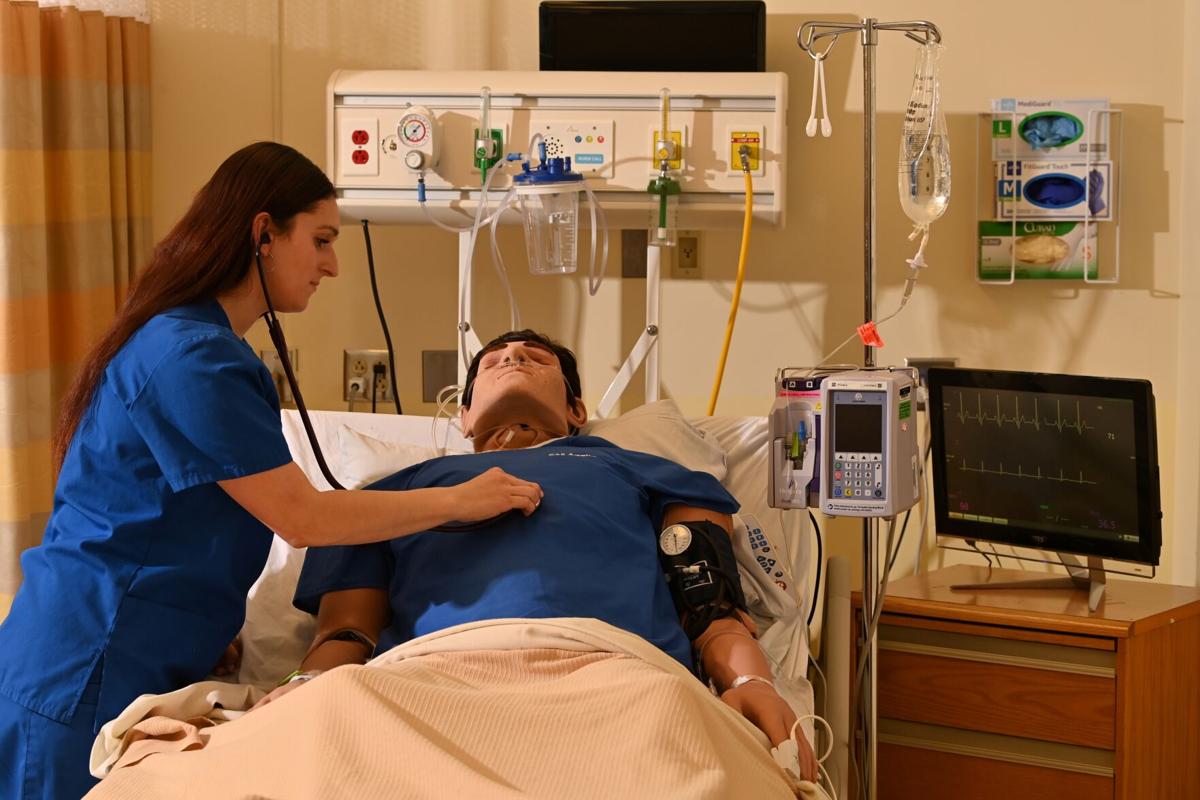 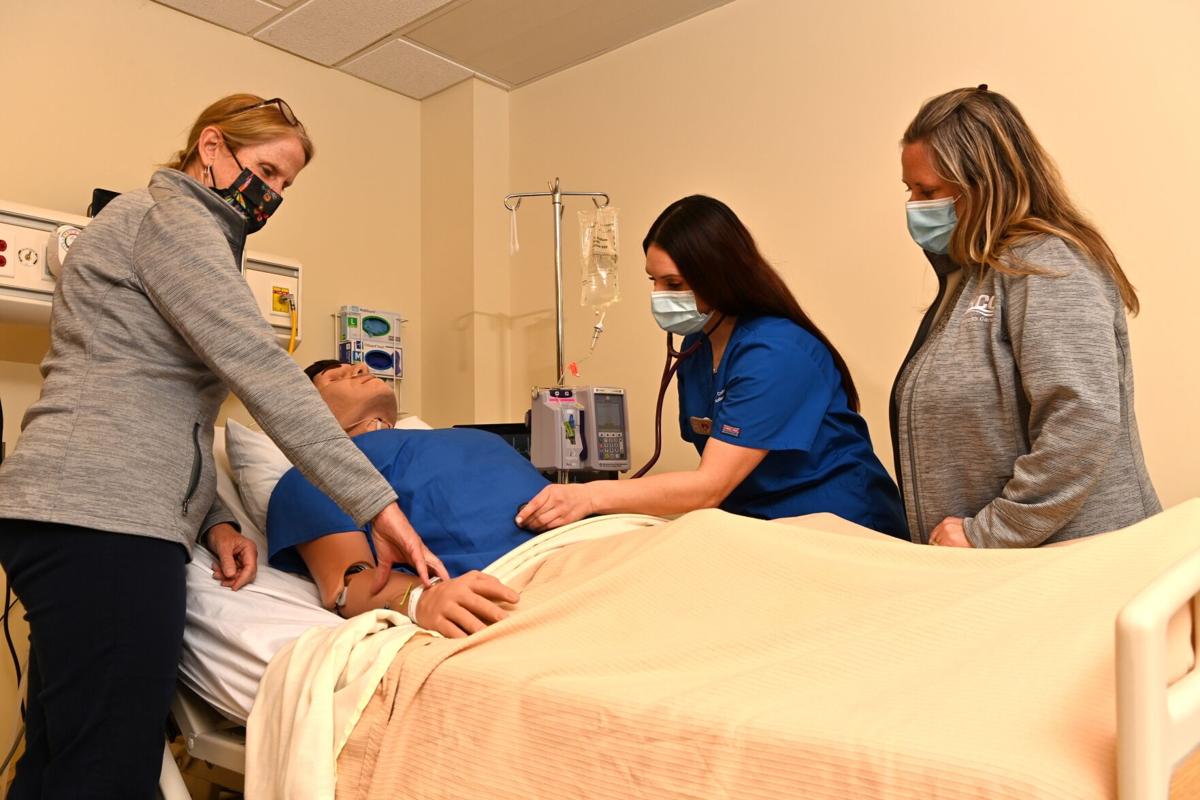 Ashley Silvey on the KCC Riverfront Campus in Kankakee.

Though she has wanted to finish a nursing degree for more than 10 years, circumstances were stacked against her. Silvey is a single mother. She left high school at age 16. She worked multiple jobs at a time to support herself and her two daughters.

She was pregnant at the time, but the child was lost to a miscarriage.

To get by, Silvey started working two jobs. Within a few years, she was studying for the GED high school equivalency. She passed the GED exam six months before her high school classmates would graduate. Shortly after, her first daughter, Zoey, was born in June 2010.

Silvey continued working, but she wanted a career in nursing. She lived in Griffith, Ind., and her first try at college was also in Indiana. Silvey’s math placement scores were low, and she wasn’t able to enter the program.

“At the school in Indiana, I was advised away from nursing,” Silvey said.

“I thought about staying there and trying to prove them wrong. I also wondered if they were right. Was I meant to be something other than a nurse?”

Then, her second daughter, Scarlett, was born in 2012. A few years later, Silvey and her daughters moved from Indiana to Momence. In 2016, she started taking classes at Kankakee Community College.

Silvey took the entry exam for KCC’s health careers programs and met Kate Wachtor, an academic advisor who offered a glimmer of hope.

“Kate has been a godsend and my biggest supporter,” Silvey said. “She said ‘You can do it.’ Then, she laid out what it would take and said, ‘That’s what you’re going to have to do.’”

“Ashley was passionate about wanting to be an RN,” Wachtor said in a news release. “She was dealing with a lot of external uncertainties that really impacted her ability to focus solely on her educational and career goals. Knowing Ashley had to have flexibility and the ability to have a contingency plan in place, we broke down what she needed to do by setting up a realistic game plan with a manageable timeframe.”

“I knew that I could stay stagnant or I could work hard,” Silvey said. “I’m pretty sure that I’m dyslexic, even though it has never been diagnosed. Numbers just don’t click for me. So, I work very hard to figure things out.”

In fall 2016, Silvey completed three college-level classes and a math fundamentals course. The following spring and summer, she finished four more classes, including a Nursing Assistant course, which is among the requirements to enter the college’s registered nursing program.

She re-took the nursing program entry exam. Silvey also moved to Florida for about four months.

It was 2019. Silvey already had taken the program entrance exam three times. It was time to try again.

“At the same time, I was enrolled in Anatomy and Physiology. It was my third time in that class.”

Silvey got the breakthrough she needed and scored high enough to enter the Registered Nursing program in fall 2019. Her daughters were 6 and 8 years old.

“With Ashley, her path at KCC had some highs and lows, and moments she had to take a step back, but she never once stopped,” Wachtor continued.

“Ashley was always willing to learn, make mistakes, and keep coming back to learn some more. When she had an issue, she was never afraid to speak up and reach out to someone,” Wachtor said. “She created a network of individuals on campus that really cared for her. She took advantage of resources that all of our students have yet few take advantage of. She flourished into this brilliant student, while continuing to be a loving mom and role model to others.”

Silvey continued working and going to college for two years in the registered nursing program. There were times when she had five jobs — four of them as a bartender and another as a receptionist. She frequently picked up work shifts to pay for the babysitters she needed while she was at class and clinicals.

“Ashley was extremely determined to reach her goal of becoming a nurse,” said Jenny Rogers RN, MSN, CMSRN — one of Silvey’s nursing professors at KCC.

“She utilized the success coach. She was never afraid to come in to our office and ask questions or just reach out for a word of encouragement. You could see her determination. The last part of the semester, the students complete a capstone rotation where they work one-on-one with a nurse. Ashley was placed on night shift, which can be challenging as a single mom. She did not make excuses or complain. She reached out to a fellow nursing student [who, throughout the program, became like family] who offered to keep her children overnight the nights of capstone.”

“In addition, she always brought enthusiasm for learning and the desire to care for others, especially those patients who are the most vulnerable. Many patients commented, ‘Ashley will be a great nurse.’”

For the 2020-21 school year, Silvey was awarded the KCC Century Scholarship. It covers all tuition, books and fees. The KCC Foundation awards the Century Scholarship to “students who demonstrate outstanding academic performance as well as strength of character.”

“Ashley worked harder than anyone I’ve ever seen,” said Jennifer Zimmerman, coordinator of scholarships at KCC. “She has worked so hard for everything she has achieved. She’s one of those people who you meet and you know she’s going to be successful. She never lets anything hold her back.

“Ashley is a great example of how, with the support of a scholarship and other personal attention, a KCC degree can change people’s lives. And what is so inspiring about her is that no matter how much she had going on in her life, her priority was always to help others.”

On May 14, along with 30 other new nurses, Silvey participated in a pinning ceremony. She was selected by her peers to be the class speaker.

The next day, Silvey graduated from KCC with an Associate Degree in Registered Nursing. Next, she will take the National Council Licensure Examination (NCLEX-RN(r) exam) before the end of June.

She is interviewing for jobs near Lafayette, Ind., where she moved in January.

“Ashley always had what it took, she just needed that little nudge in the right direction and the option to adapt and move on to plan B when things got tough,” Wachtor said. “She just radiates positivity and energy wherever she goes. She really should be proud of all that she has accomplished. She is going to do great things after she leaves KCC.”

“My girls are 8 and 10,” Silvey said. “For five years, they have been on this journey with me. It’s been difficult. To get this far has been great. I’m grateful for the support I’ve had here at KCC. It’s such an honor to be in this program. I don’t know if I could have done it anywhere else.”

KCC professor Jenny Rogers on the impact of helping each other:

"I think KCC as a whole is excellent in offering resources to help students overcome barriers. Many of our students depend on our food pantry and we have referred students to the Compassion Fund which can help them with certain financial barriers they may be enduring.

"The nursing program is not easy. It is not for everyone. For Ashley, it was her dream to become a nurse. Was it an easy path for her? No, it's not an easy path for anyone. However, Ashley's grit and determination helped her achieve her goal to be where she is at today. We could not be prouder of Ashely and all of our graduates! I hope Ashely's story inspires everyone to be that "ONE person who can encourage others and be like Kate (Wachtor) who gave this student hope. I'm praying her story impacts so many others out there who relate to Ashley's story. Your goal may not be to become a nurse. Whatever your goal may be, KCC is here to help you achieve it!"

Just over a year since breaking ground, Riverside’s brand new Orthopedic and Spine Center will open Tuesday, June 1, on Riverside Drive in Bourbonnais.

With COVID-19 vaccines widely available and normalcy creeping back in many places, colleges and universities are beginning to make decisions on what campus life will look like in the fall 2021 semester.

A scholarship can make an immense difference in the life of a student. There were many examples at the event.