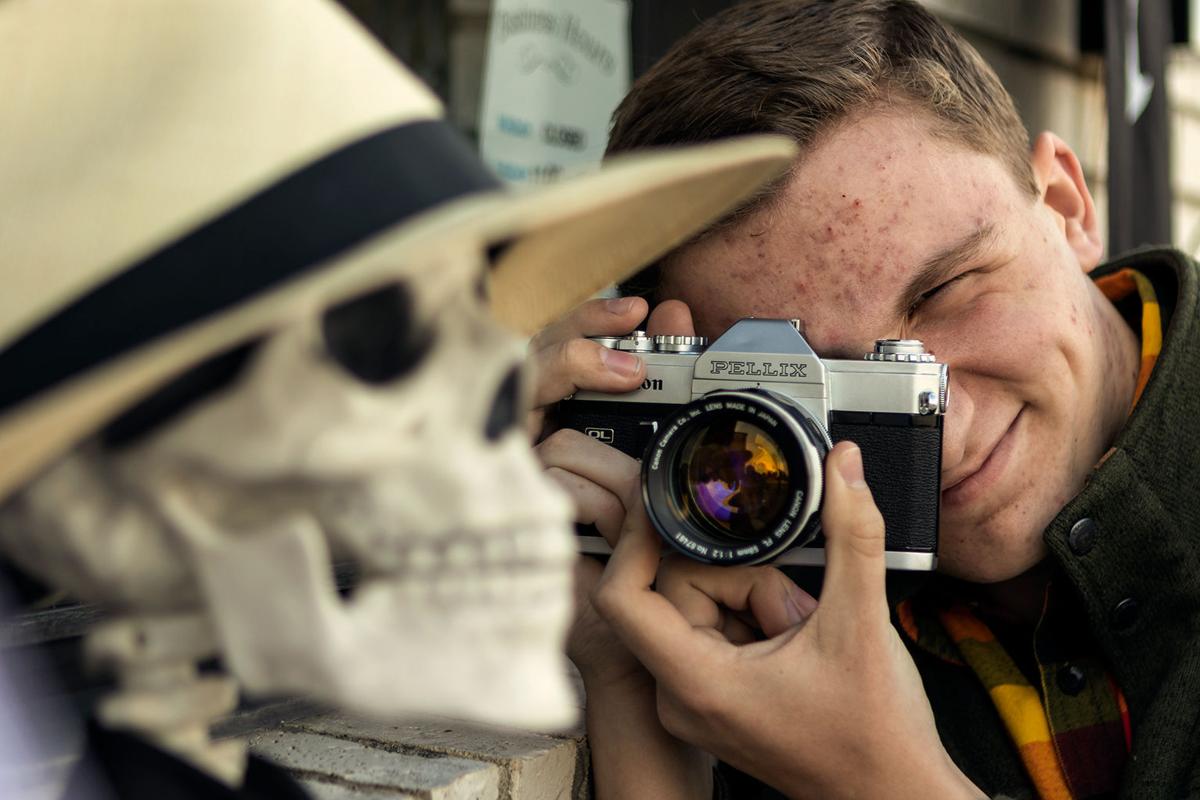 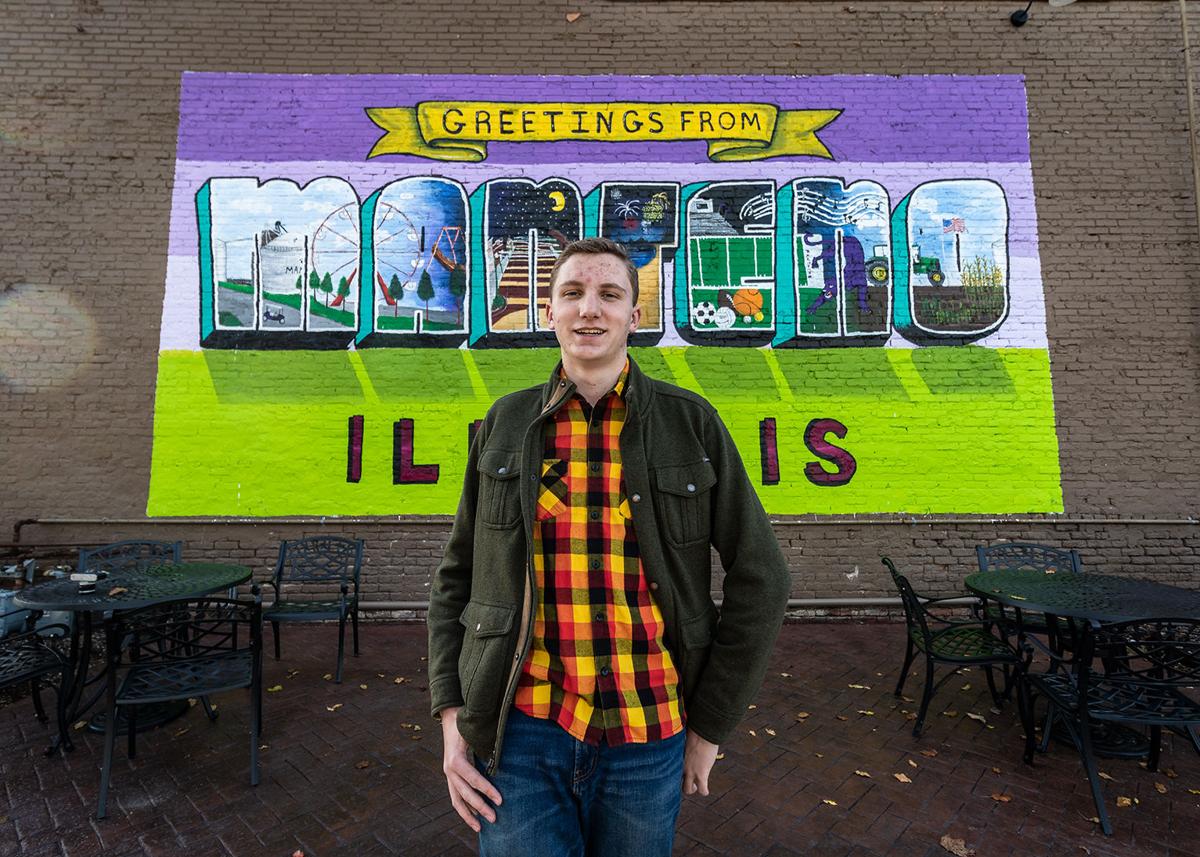 Manteno High School sophomore Colin Bohula will have his art featured at Two Whisks Bakery during November. The 15-year-old is trying to start a photography club at his school. 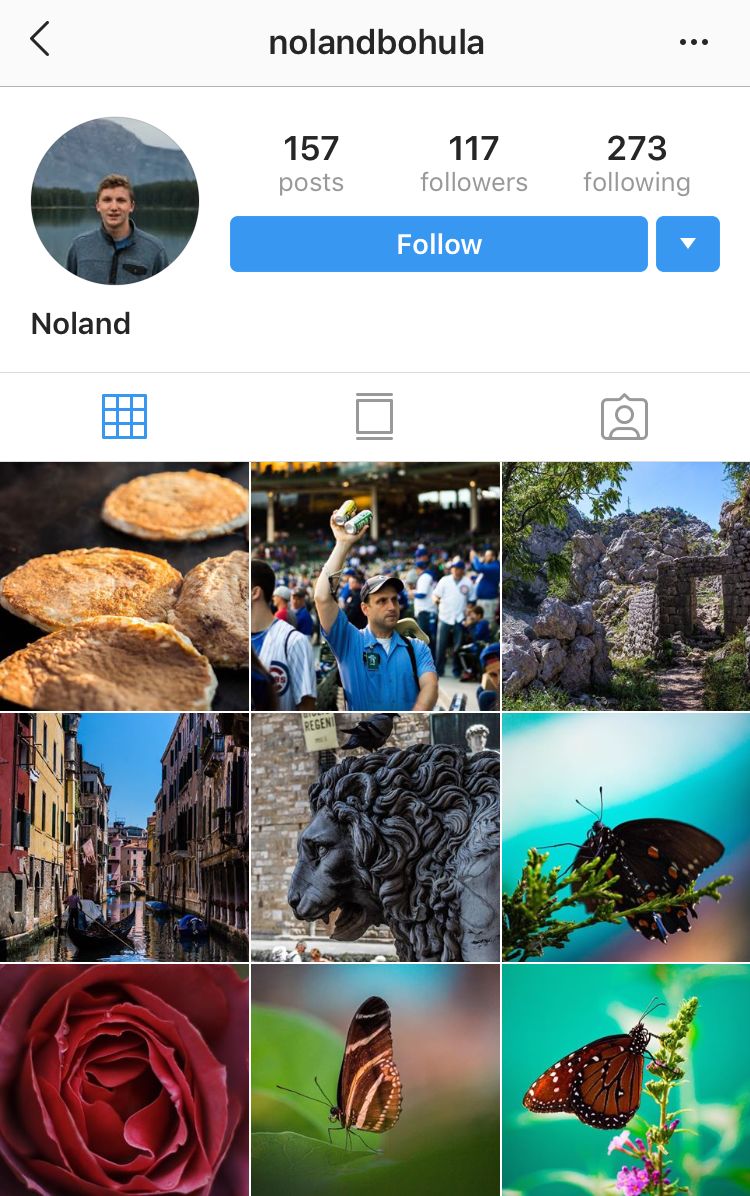 Colin "Noland" Bohula posts many of his digital photography on his Instagram accounts, @nolandbohula and @nbohulaportraiture, but a few of his best works are on display at Two Whisks Bakery in Manteno during the month of November. 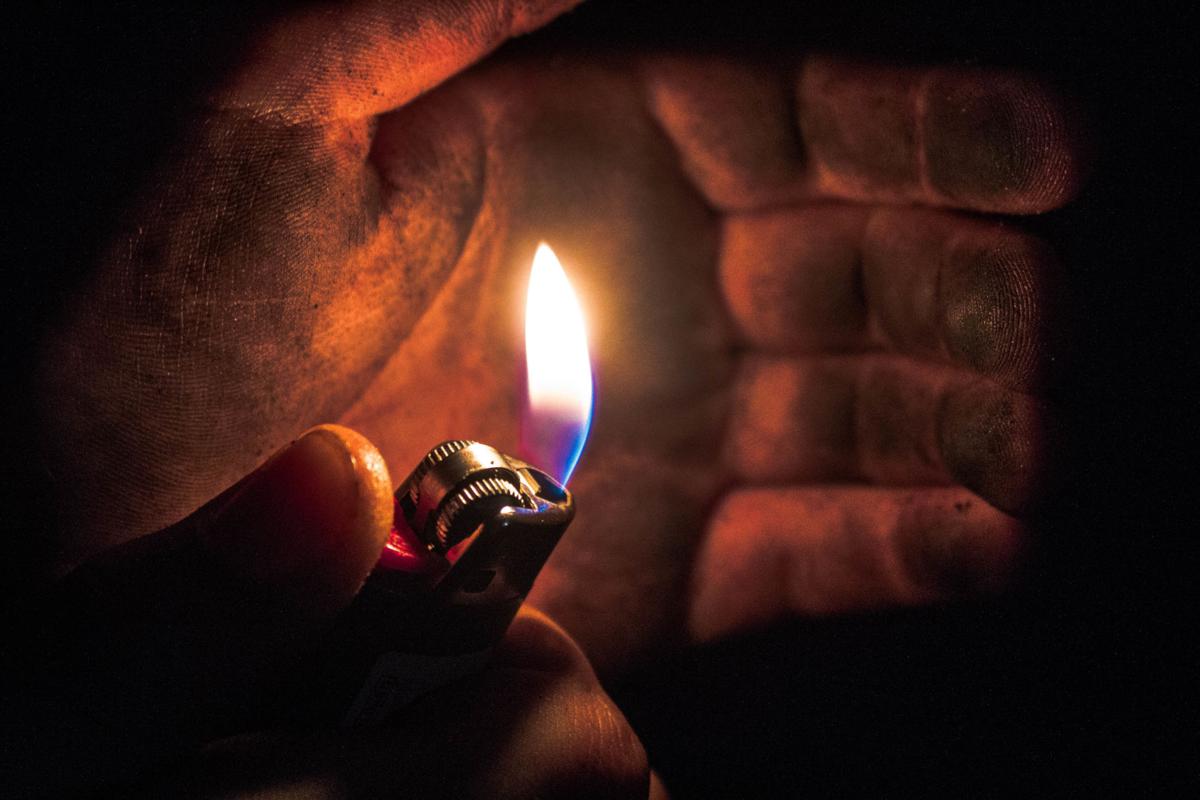 Last year, Colin “Noland” Bohula took this picture at Boy Scouts camp and then uploaded it onto his Instagram account. A friend’s grandmother saw it and requested a print of it, saying it reminded her of her late father, who worked as a coal miner. “So, I thought that was the coolest thing,” Bohula said, “how something I had no idea [about] related to someone and has a meaning to them.”

Manteno High School sophomore Colin Bohula will have his art featured at Two Whisks Bakery during November. The 15-year-old is trying to start a photography club at his school.

The Bohula family, of Manteno, cannot stand driving in a car with their son.

Colin “Noland” Bohula, who earned his nickname in the Boy Scouts, is an aspiring photographer who always has to stop in the middle of a road to get a good picture.

The 15-year-old sophomore at Manteno High School began taking photographs about three or four years ago after being introduced to the art by his friend, Matthew Villareal’s, father, Jorge, also of Manteno.

Bohula first started taking photographs using an old SLR (single-lens reflex) camera originally purchased by his dad, Chris, and since has started collecting both digital and film cameras, as well as several lenses and accessories.

Slated as their newest artist of the month, a few of Bohula’s best photographs will be on display at Two Whisks Bakery in Manteno beginning today until the end of November. Visitors can stop by, grab a bakery item and view Bohula’s works anytime from 7 a.m. to 3 p.m. Tuesday through Saturday.

Bohula was also the featured artist of the month at Grapes & Hops in Kankakee in May.

Bohula still is relatively new to the practice of photography but already has taken pictures across the globe, including places such as Washington state, Canada and Italy.

Europe and Banff, in Alberta, Canada, are his favorite places to photograph, Bohula said.

“I like to capture times,” he said. “One day, I was walking around [Manteno] just taking pictures of the buildings because I thought, ‘Hopefully, someday these will be the pictures that show up [on search engines].’”

Bohula’s subject matter isn’t limited to just landscapes, though. He commonly photographs flowers and other objects and most recently has begun making money taking portraits of MHS students.

“I wouldn’t say there’s words to describe my style,” Bohula said. “It’s all over the place.”

Though he doesn’t exactly identify his work with any specific genre or style, he does adamantly proclaim his love for professional-grade cameras, specifically sticking to the Cannon brand.

He doesn’t enjoy mobile photography, unlike many of today’s cellphone users.

He understands and appreciates the convenience of taking photos with a small cellphone — especially when compared to a large camera and lens — but said, “It’s not for me because I like to have control over everything, like the focus, the settings and all that, so I don’t use my phone.”

After high school, he tentatively is hoping to begin a career in travel photography.

In the meantime, Bohula sticks to family vacations, Boy Scout trips and various parks and farms within Kankakee County.

He constantly is trying to improve his shooting and editing technique, citing a YouTuber named Peter McKinnon as one of his sole influences.

He began editing his pictures using just the basic editing software provided by Windows computers. He later downloaded Adobe Lightroom and, with the help of YouTube tutorials, dove into the more complicated side of the editing process.

“I think that’s why my pictures look so good,” he said, “because of all the editing.”

As mind-numbing as it sometimes might be to sit at a computer for hours on end editing photos’ exposure, saturation and other elements, Bohula said, “most of the time, I enjoy photography.

Bohula’s parents, Chris and Sheryl, as well as many other family members and friends, all attest to Bohula’s true talent and drive to make good use of that talent.

Parents always are worried about what their kids are posting online, Chris said, so when his son told him and his wife he had a secret Instagram account, they were a little apprehensive.

Then, Bohula showed them his photography accounts, @nolandbohula and @nbohulaportraiture, and their worries quickly faded.

“He’s put a lot of passion into this,” Chris said. “It’s fun to see him really find something he’s passionate about and take initiative to make himself better.”

Bohula’s initiatives extend to more than just himself. He’s trying to start a photography club at his school, despite the curriculum’s lack of photography classes. He’s enlisted the help of Casey Meier, an art teacher at the school and a former professional photographer, to begin the club.

And he already has recruited a few friends at MHS to join.

So far, Bohula’s beginnings in photography have led him to learn new skills, make new acquaintances and see the finer details of places such as Venice and Kotor, Montenegro, but Bohula said one of the best parts about photography is the ability to create meaning.

“I took a picture at camp for the Boy Scouts,” he explained, “of a light and a person’s hand. I thought it looked good, edited it, posted it on Instagram, and then, my friend, Mathew’s, grandma says, ‘I like that picture; I’d like to get a print of it.’

“So, I thought that was the coolest thing,” Bohula said, “how something I had no idea [about] related to someone and has a meaning to them.”

To create your own meaning within Bohula’s photographs, stop by Two Whisks Bakery in Manteno before the month is over, and don’t forget to find Bohula’s works on Instagram at @nolandbohula and @nbohulaportraiture.

WHAT: Colin Bohula's photographs for the artist of the month

WHEN: 7 a.m. to 3 p.m. Tuesday through Saturday during November

Bohula's photographs are available to view and purchase.