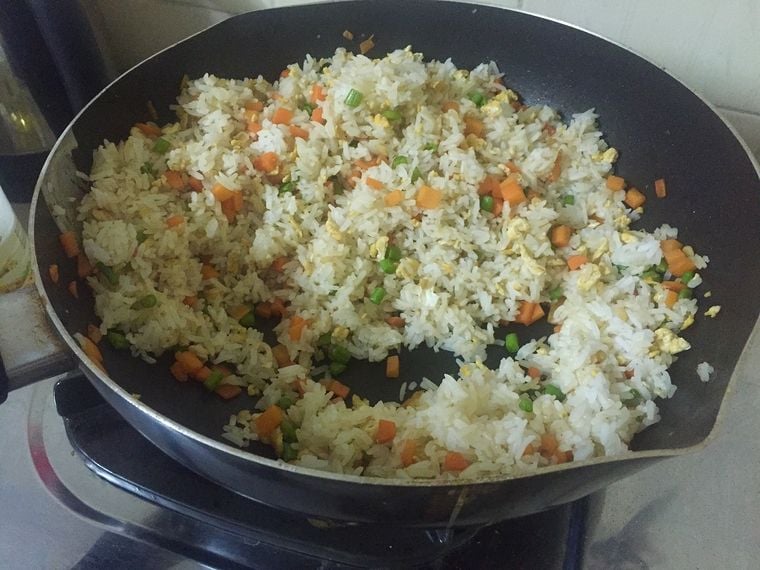 Cambodian fried rice, made from fresh vegetables picked out at a local open-air market in Phnom Penh, Cambodia. 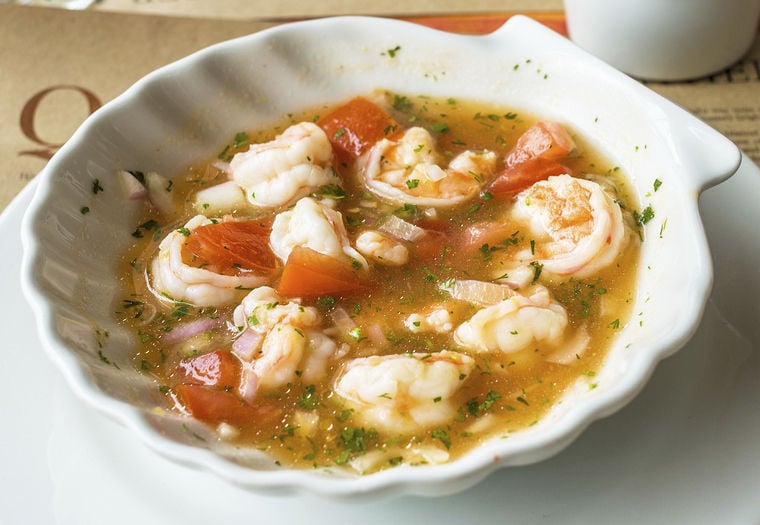 Ceviche de Camaron (shrimp ceviche) is an acidic, cold soup popular in Ecuador, best eaten at the beach with a side of fried plantains.

Cambodian fried rice, made from fresh vegetables picked out at a local open-air market in Phnom Penh, Cambodia.

Ceviche de Camaron (shrimp ceviche) is an acidic, cold soup popular in Ecuador, best eaten at the beach with a side of fried plantains.

Growing up in the South American capital of Quito, Ecuador, some of my favorite foods were discovered in the little restaurants next to my high school, along city parks or next to the beach.

Inexpensive, hot, delicious — South American food is a reflection of the culture that makes it. And that's one of the best parts about traveling to new locations with unfamiliar cuisines. You can discover so much about the people of a place by their use of pepper, paprika or paneer masala.

Ecuadorian food is cooked slow, with love, and best eaten with family or friends. (Which is why these recipes make a lot — expect leftovers.) It may take all day, but the end result is well worth it.

Influenced by the large indigenous population of the country, Ecuadorian food is a lot of rice, beans, potatoes and yucca (a root similar to a potato) — plus fresh fruit and vegetables. Tomatoes and onions are incorporated into almost every meal, and it's not dinner unless there's a soup course first. That may sound similar to Mexican food — but replace the use of hot peppers with achiote, a red spice with a completely different flavor profile.

Below I've included two of my favorite recipes from my childhood. Homesick during college, I discovered them on the incredible Ecuadorian food blog: laylita.com. The recipes created Layla Pujol, who now lives in Seattle, bring South America a little bit closer.

Ceviche de camaron (shrimp ceviche) is an acidic, cold soup eaten at the beach with a side of fried plantains and popcorn. Made similar to a pasta salad, in which you let it sit overnight in the fridge, this dish is perfect for busy nights. The recipe calls for the juice of five limes; it takes a lot longer to squeeze by hand, but tastes so much better than the too-sweet lime juice you buy at the store.

Seco de pollo (chicken stew) is hearty and warm, and perfect with a side of rice. It cooks slowly all day, and will make your house smell delicious. Achiote (also called annotto) is hard to find in the U.S., but can be ordered online or substituted by equal parts turmeric and paprika.

In a local's kitchen

A recent visit to Cambodia resulted in a similar cuisine-to-culture experience. There's nothing like trying a recipe on the continent of origin, and making it in a local's kitchen is even better. The last night of the trip, a new Cambodian friend, Laek, taught me to make a relatively simple recipe, but one that has so much versatility: Cambodian fried rice.

Cambodian cuisine is marked by rice, soup and lots of fish. We opted for a veggie fried rice — with fresh carrots, green beans, garlic and scallions picked out at an open-air market up the road — but it can be made with chicken, pork or fish, and any combination of vegetables desired. As Laek said, it's a recipe often made with the week's leftovers, similar to goulash we might make in the U.S.

There are a few keys to making a proper fried rice. It's best to use rice that was cooked two to four days prior. The older the rice is, the less moisture the grains will have, making the fried texture better. Vegetables should be cooked until just soft. Don't overcook — no one wants mushy fried rice. Cook each ingredient separately, to preserve each ingredient's flavor. To get the authentic flavor profile, use oyster and fish sauce. Fish sauce can be found at local grocery stores; oyster sauce is a little harder to find. Check the Asian aisle or order online.

Salt and pepper to taste

In a large saucepan, heat the oil over medium heat to prepare a refrito or sofrito: Add the minced red onion, minced garlic and achiote, cook for 2 minutes. Add the chicken and brown lightly on each side. Slowly add the blended puree mix. Cook on low heat until the chicken is very tender and the sauce has thickened. Unless it's a hen, the chicken should be tender in less than 1 hour.

If the chicken is very tender — meat falling of the bones — but the sauce isn't thick yet, then remove the tender chicken pieces, turn up the heat and cook the sauce until it's nice and thick, about 20-30 minutes. Add salt and pepper to taste, and a pinch of cilantro and parsley.

Soak the onion slices in salt water for about 10 minutes, rinse well and drain. Mix all the ingredients together in a large bowl and let it sit in the fridge for at least an hour.

Salt and pepper, to taste

Heat up a wok or nonstick skillet. When skillet is hot, add oil, garlic, yellow onion and chicken. Stir well, until the chicken is cooked, set aside. Cook carrots until just tender and set aside. Add rice and heat through. Add chicken, carrots and peas, as well as fish sauce, oyster sauce, salt and pepper. Add bean sprouts and cook through. Sprinkle green onion on top. Serve hot.