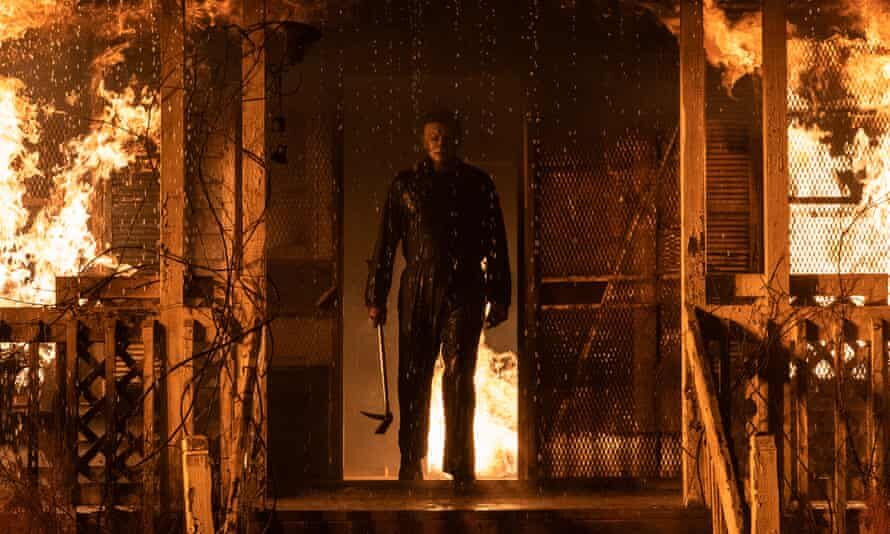 R, 105 mins. (Cinemark Movies 10, Paramount Theatre) Horror/thriller. The nightmare isn’t over as unstoppable killer Michael Myers escapes from Laurie Strode’s trap to continue his ritual bloodbath. Injured and taken to the hospital, Laurie fights through the pain as she inspires residents of Haddonfield, Ill., to rise up against Myers. Taking matters into their own hands, the Strode women and other survivors form a vigilante mob to hunt down Michael and end his reign of terror once and for all. Starring Jamie Lee Curtis, Judy Greer and Andi Matichak.

R, 153 mins. (Cinemark Movies 10, Meadowview Theatre) Historical drama. Jean de Carrouges is a respected knight known for his bravery and skill on the battlefield. Jacques Le Gris is a squire whose intelligence and eloquence makes him one of the most admired nobles in court. When Le Gris viciously assaults Carrouges’ wife, she steps forward to accuse her attacker, an act of bravery and defiance that puts her life in jeopardy. The ensuing trial by combat, a grueling duel to the death, places the fate of all three in God’s hands. Starring Matt Damon, Adam Driver and Ben Affleck.

PG-13, 163 mins. (Cinemark Movies 10, Meadowview Theatre, Paramount Theatre) Action/adventure. James Bond is enjoying a tranquil life in Jamaica after leaving active service. However, his peace is short-lived as his old CIA friend, Felix Leiter, shows up and asks for help. The mission to rescue a kidnapped scientist turns out to be far more treacherous than expected, leading Bond on the trail of a mysterious villain who’s armed with a dangerous new technology. Starring Daniel Craig, Rami Malek and Léa Seydoux. Releasing in theaters on Friday.

PG, 92 mins. (Cinemark Movies 10, Paramount Theatre) Animation/family/adventure/comedy. In this all new movie we find Morticia and Gomez distraught that their children are growing up, skipping family dinners, and totally consumed with “scream time.” To reclaim their bond they decide to cram Wednesday, Pugsley, Uncle Fester and the crew into their haunted camper and hit the road for one last miserable family vacation. Their adventure across America takes them out of their element and into hilarious run-ins with their iconic cousin, IT, as well as many new kooky characters. What could possibly go wrong? Starring Oscar Isaac, Charlize Theron and Nick Kroll.

‘Venom: Let There Be Carnage’

‘The Silence of the Lambs’

R, 125 mins. (Cinemark Movies 10) Horror/thriller. With a psychopath named Buffalo Bill is murdering women and believing it takes one to know one, the FBI sends Agent Clarice Starling to interview a demented prisoner: Dr. Hannibal Lecter, a cannibalistic psychiatrist whose fascination with the young agent is as great as his hunger for murder. As their relationship develops, Starling is forced to confront not only her own demons, but also an evil so powerful she may not have the courage to stop! Starring Jodie Foster and Anthony Hopkins. Special anniversary screening at 3 p.m. Sunday.

A TAYLOR-MADE LIFE: Getting to know myself

A TAYLOR-MADE LIFE: Getting to know myself