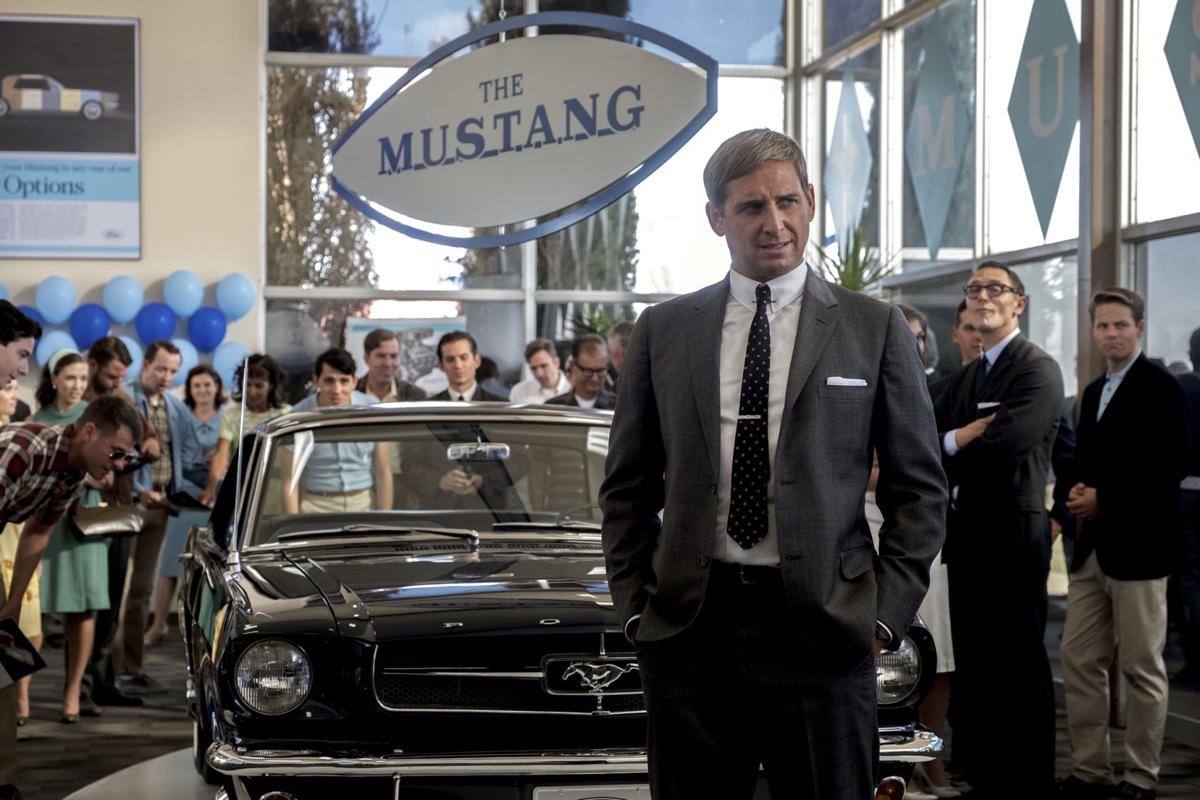 Josh Lucas appears in a scene from “Ford v. Ferrari,” which opens in theaters today. 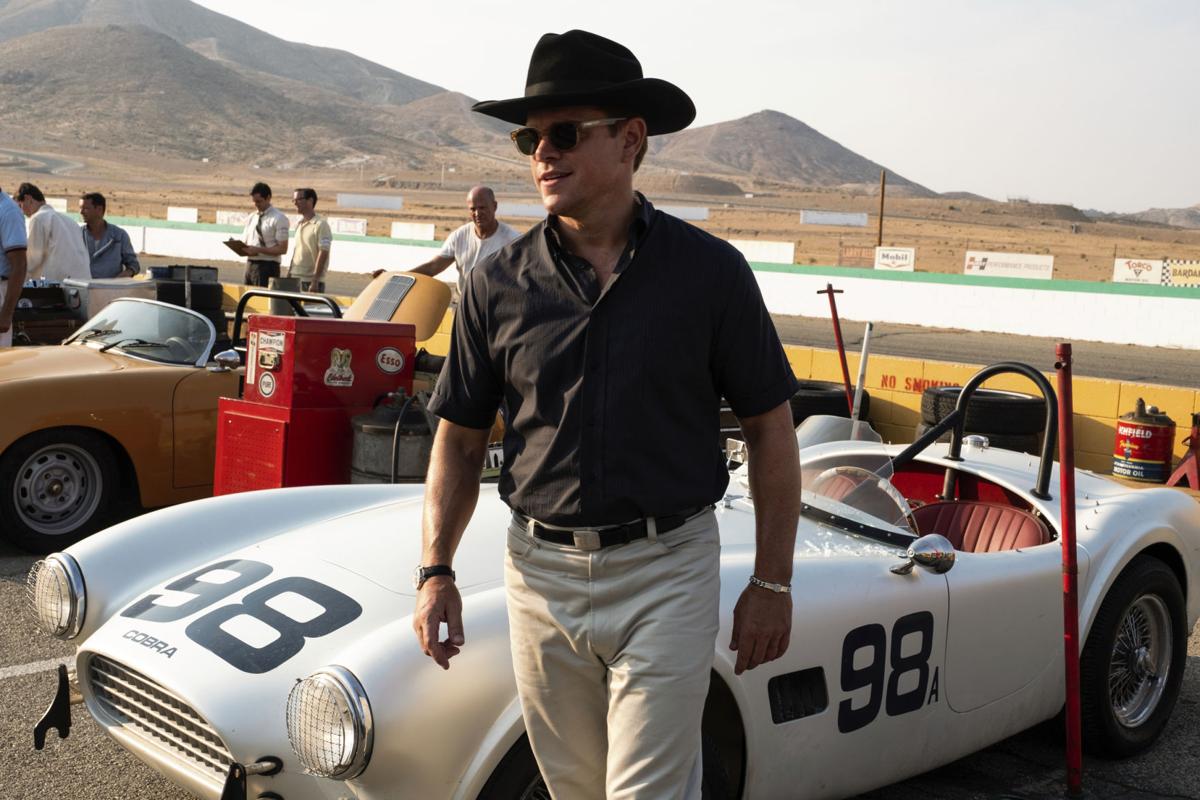 Josh Lucas appears in a scene from “Ford v. Ferrari,” which opens in theaters today.

No other movie this year will rev your engine and make your heart race as well as pull on those heartstrings more than “Ford v Ferrari,” directed by James Mangold and starring Christian Bale as race car driver Ken Miles and Matt Damon as car designer Carroll Shelby.

Based on a true story, and all car aficionados will recognize the story immediately, “Ford v Ferrari” features Shelby and Miles, hired by Ford, the man (Tracy Letts) and the company, to create a car that would beat the competitor, Ferrari, in the 24 Hours of LeMans in 1966.

The film transports us back in time to meet Miles, a cantankerous perfectionistic car mechanic, struggling in business and itching to get back into car racing. The talented driver, as we see immediately and throughout the film, has a temper, is impulsive, but above it all yearns to drive, race, compete, and most importantly, win.

Shelby, a respected car designer, is hired by Ford to develop a car that would beat his nemesis, Enzo Ferrari. Those interactions between the Ford Team and Ferrari will have you laughing aloud, understanding why there is such a distaste between the two. Ford’s stalling company, devoid of interest and personality, attempts to trust Shelby in order to find the spark to reinstate the respect that his father’s company once had.

Shelby and Miles’ relationship feels like a brotherly one; antagonistic, competitive, and loyal. The film takes us behind the closed garage doors to feel the tension that builds to combustible levels as Team Ford attempts to, in record time, build the perfect car.

Not surprisingly we find out what corporate shenanigans take place and witness the greed that accompanies it. On a more personal level, we also get to know these two main characters, what motivates them, and with Miles, how important his wife and son are to him.

As the deadline approaches, we feel the tension increase with every scene, rooting for Team Ford, but our hearts are breaking as we see the realities of this race and its sponsors. We develop a great sense of respect for these Miles and Shelby whose passion drives them both.

Their integrity and honor is put on the line, and the writer allows us to sit in the passenger seat to experience their conflicts, their victories and their losses.

Given that this is based on a true story, we also get a bit of a history lesson in the automotive world. Meeting iconic characters such as Henry Ford II, Leo Beene (Josh Lucas), Ford’s right hand man, and Lee Iacocca (Jon Bernthal). These larger-than-life men become real, complete with a back story and personalities that help us to understand how history did, in fact, unfold.

Letts has a remarkable performance as he takes on the role of Ford. He’s gruff, ruthless, and seemingly unforgiving, but he finds a way to show us the unspoken pressure he feels. Letts says so much without uttering a word, a true thespian who is right at home on the screen as well.

Damon portrays an equally complicated character whose morals are as superior as his intellect, but at his core is compassion and understanding. Damon is at the top of his incredibly successful game, demonstrating internal conflict in this character’s position.

We can almost see the wheels turning and understand his every thought as he makes some very daring decisions. These scenes, with Ford going for a ride, are some of my favorites as I found myself laughing outrageously.

Building these comedic yet presumably accurate scenes at just the right moment, gives credit to a talented writing team of Jen Butterworth, John-Henry BUtterworth and Jason Keller. The chemistry must be spot-on perfect between the two main characters and Bale is the perfect choice as he embodies Miles persona as the confident, cocky, and intolerant competitor.

Damon and Bale are sheer magic together with a natural chemistry that gives the film its humor and depth.

Additionally, the cinematography gives you access to the characters as well as the speed of the film. Around every corner, you careen in your movie seat, attempting to correct for the acceleration, or put your foot on the clutch and brake in anticipation of an upcoming curve in the rain.

The film brings you into it; you’re seated next to Miles or feeling the anxiety of Mollie Miles (Caitriona Balfe) as she fears for her husband’s safety. But it is she who is the strongest of the pair, showing a resiliency and level-headedness that her counterpart needs so very much.

“Ford v Ferrari” is so much more than just a car racing movie. It’s a poetic and emotional story of friendship, love, and family. This is one of the best films of the year and easily will make my Top 10 List of 2019.