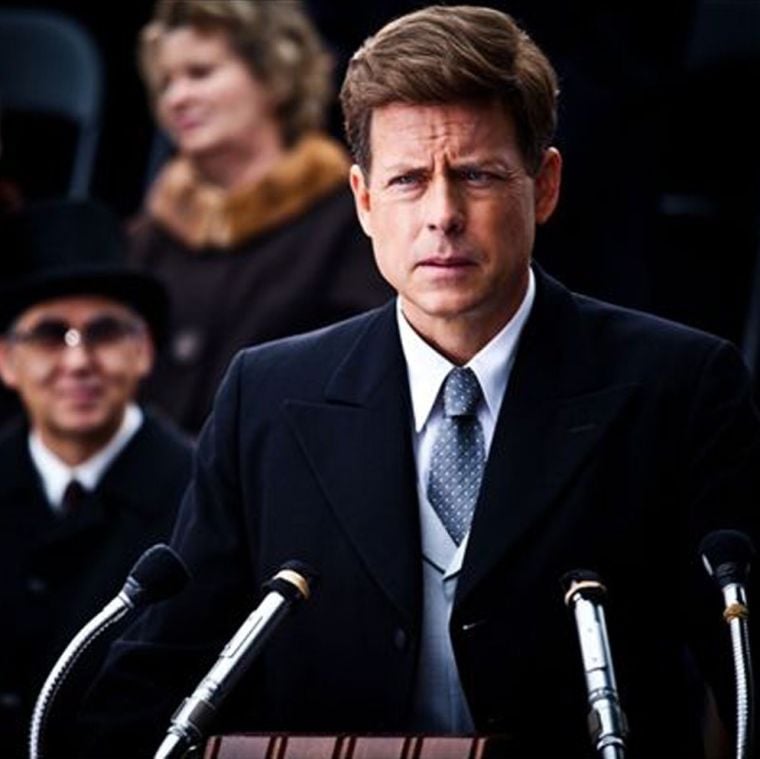 Greg Kinnear's portrayal of John F. Kennedy in the 2011 miniseries "The Kennedys" was one of Hollywood's worst. 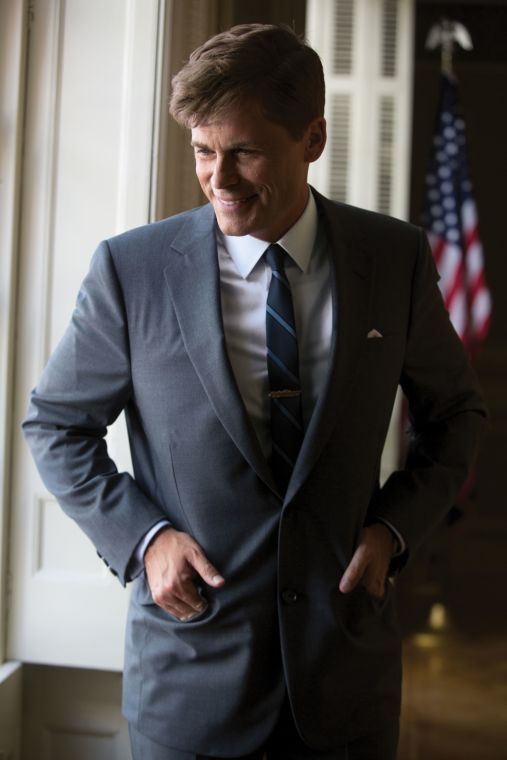 Greg Kinnear's portrayal of John F. Kennedy in the 2011 miniseries "The Kennedys" was one of Hollywood's worst.

Me, I was a tubby little imp in Mrs. Chambers' third-grade class at Mount View Elementary in Omaha, Neb. It was she who dropped the shocking news that President John F. Kennedy had been felled by an assassin's bullet in Dallas. It marked my first, and still most memorable, encounter with death. It took me months to get over it. Or, at least I thought it did, because does anyone really get over such a tragedy when you're just 9 years old? Or, any age, for that matter?

Perhaps that explains why Americans — even those whose parents weren't even born until after 1963 — are so obsessed with the crime that allegedly ended our nation's innocence. But I think it's more because it was America's first communal video event, one brought directly into our living rooms courtesy of the big-three (and only three) networks. That would be CBS, NBC and ABC for you young'uns. Our video fixation only multiplied with Life magazine's release of the infamous Zapruder film, which captured the shooting in all its gruesome detail. From that point on, a nation of ghouls and conspiracy theorists became hooked on all things Kennedy, a jones that seemed to grow exponentially after the murder of JFK's brother, Bobby, and the mysterious death of Mary Jo Kopechne while in the company of his youngest sibling, Ted.

Sensing that growing fascination, Hollywood smartly decided to capitalize. But, curiously, it steered as clear as possible from depicting the actual assassination, opting instead to focus on either the president's heroics during the Cuban Missile Crisis ("The Missiles of October," "Thirteen Days") or the family's tawdry romantic entanglements (just about every TV miniseries from the excellent "Kennedy" to the ridiculous "The Kennedys").

Then along came Oliver Stone. His Oscar-nominated "JFK" was a conspiracy theorist's dream, implicating everyone from Castro to the mafia in the assassination. Only problem, precious little of it was based on fact, but, boy, what a fun movie to watch, especially with that endless parade of Hollywood royalty continually popping up in cameos. Kennedy even got into the act, courtesy of the Zapruder film, which was meticulously re-enacted throughout with Steve Reed playing the president's double.

According to the entertainment website IMDb, 24 others have portrayed JFK, beginning with Cliff Robertson in "PT-109" and carrying right on through to Rob Lowe in last weekend's TV debut of "Killing Kennedy." Who was the best? And who was the worst? And what is the definitive Kennedy movie or miniseries? Let's take a look:

1. Martin Sheen, "Kennedy" (1983): He played Bobby Kennedy in 1974's sublime "The Missiles of October," then went one better by playing the president in arguably the best of the Kennedy miniseries. "Kennedy" originally aired during the week of the 20th anniversary of JFK's death. While he didn't win any Emmy love, Sheen did pick up a Golden Globe nomination for his uncanny parroting of the president, Boston accent and all.

2. William Devane, "The Missiles of October" (1974): Devane, who went on to co-star again with Sheen on "The West Wing," should really be considered 1-A on this list. That's how good he was at capturing the intensity and gravity of a president who had the lives of millions of Americans in his hands, as he waged an escalating battle of power-over-common sense with Russia during the tense 13-day standoff with Nikita Khrushchev. Devane went on to win a Golden Globe and earn an Emmy nod for his performance.

3. Bruce Greenwood, "Thirteen Days" (2000): You may recognize him from films like "Flight" and the latest two "Star Trek" pics, but you probably don't recall the name of this unsung Canadian, who summoned the finest work of his career in playing JFK in director Roger Donaldson's tense thriller. It covered much the same ground as "The Missiles of October," but Greenwood made the Satellite Award-winning role his own.

4. Cliff Robertson, "PT-109" (1963): Released just weeks before the assassination, the acclaimed — but overly long (140 minutes) — feature chronicled the heroics of Kennedy as a PT-boat commander during World War II. Unlike other Kennedy portrayers, Robertson gave us a future president who was young virile and dynamic — until an attack on his ship left him virtually crippled the rest of his short life. Sadly, no awards love for Robertson, who went on to win an Oscar five years later for "Charly."

4. Steven Webber, "The Kennedys of Massachusetts" (1990): While there were others more deserving of this final slot, the former "Wings" star claims it on the strength of his horrible miscasting. He might have been playing a part in the TV version of Doris Kearns Goodwin's controversial biography "The Fitzgeralds and the Kennedys: An American Saga," but it sure wasn't Kennedy. Interesting footnote: "CSI's" William Peterson portrayed papa Joe in the miniseries, eight years before he played JFK in the TV movie "The Rat Pack." How Benjamin Button of him!

The best JFK movies and miniseries

1. "Thirteen Days" (2000): A crackerjack thriller that effectively blends history and drama into a terrific entertainment.

3. "The Missiles of October" (1974): Pretty dated compared to the glitzier "Thirteen Days," but still holds up well nearly 40 years after its TV premiere.

4. "Kennedy" (1983): Easily the best — and best cast — of all the Kennedy miniseries. Joining Sheen are Blair Brown as Jackie, Southie's own John Shea as RFK and E.G. Marshall and Geraldine Fitzgerald as Joe and Rose Kennedy.