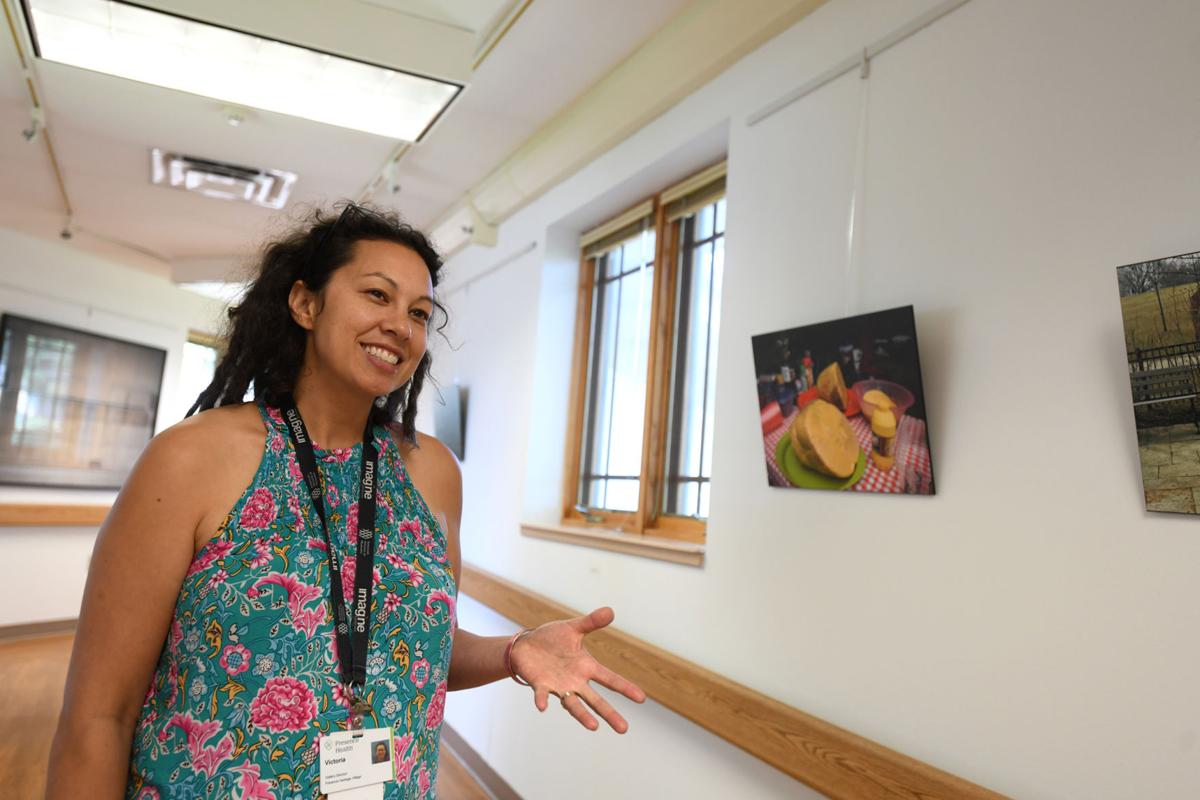 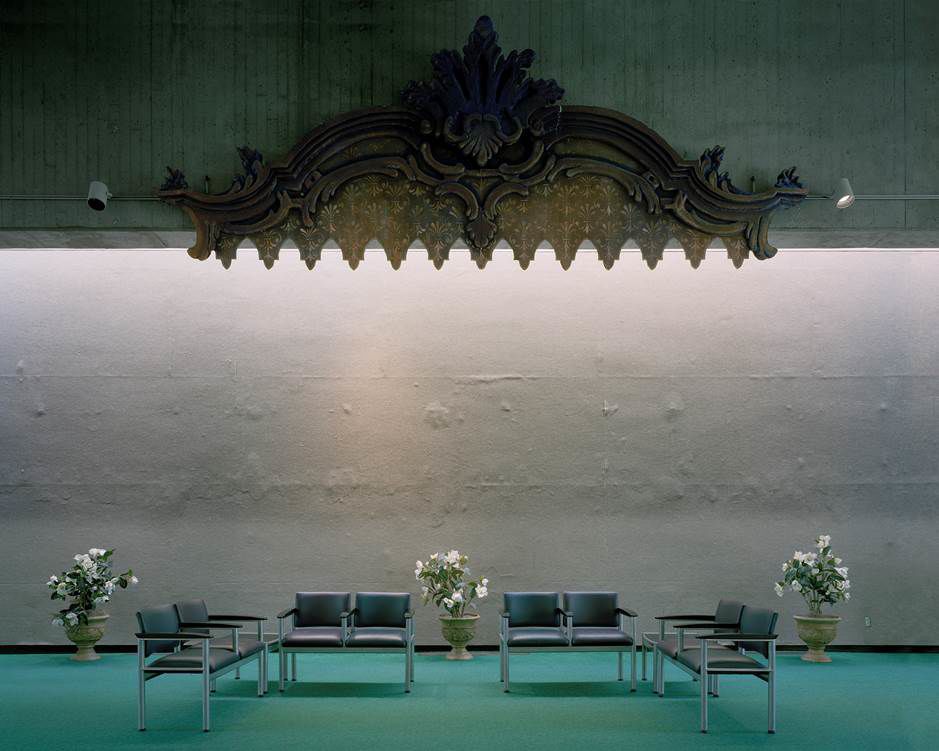 "Three Flower Pots" by Nate Mathews is one of several pieces on display at the Gretchen Charlton Art Gallery at Presence Heritage Village. Mathews' and Lucy Muellers' work will be displayed from Monday until Oct. 14 at the gallery. 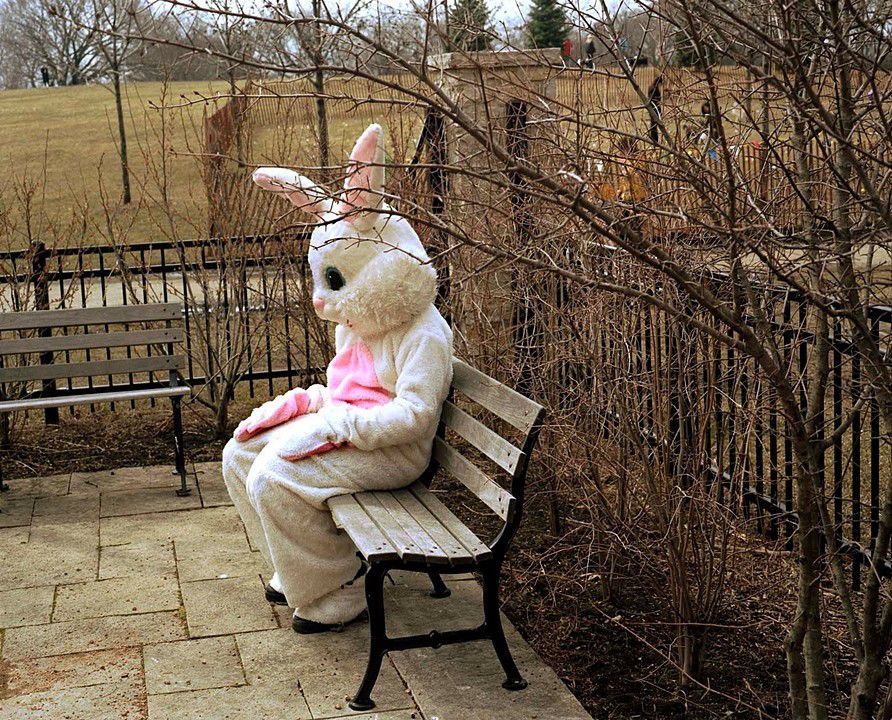 "Easter Bunny" by Lucy Mueller is one of several pieces on display at the Gretchen Charlton Art Gallery at Presence Heritage Village. Mueller's and Nate Mathews' works will be displayed from Monday until Oct. 14 at the gallery.

The Gretchen Charlton Art Gallery at the Presence Heritage Village in Kankakee will unveil its newest art exhibit Monday.

The photography exhibit features the collections “Ersatz” by Nate Mathews and “Strange Travels” by Lucy Mueller. Together, both artists’ works highlight architecture and its prevalence in our everyday lives.

“Architecture plays an important part in how people interact, where and whether they interact, and how they feel about the activity that happens in the space,” Mathews said in his artist statement.

Mathews received a Master of Arts degree from Columbia College Chicago and teaches photography at Northeastern Illinois University in Chicago. He previously has shown his artwork at exhibits across the country and at many galleries in Illinois, including The Victorian House Art Gallery at Olivet Nazarene University.

“People recognize when they do not like a space or if it is lacking something, and shown in this work is an attempt to rectify the flaws in the design,” he continued.

Mathews’ “Ersatz” calls attention to the unappealing and unloved buildings of the world — spaces that are “cold, flat, featureless boxes,” as he writes in his artist statement — and recognizes how we often attempt to make ourselves more comfortable in unappealing spaces by adding stereotypically appealing items.

For example, one of his pieces features a neglected, unkempt garden with a bright, lively item stuck in the middle of the space.

“[In the photo,] there’s a little evidence of leftover human activity,” said Victoria Strole, director of the gallery.

Mathews’ photos have a way of drawing viewers in, asking them to become part of the setting. Because the locations he photographs usually are empty, viewers are invited to imagine themselves within the space.

“All of his photos are so quiet,” Strole said. “It creates this tunnel where there’s no audio. And it just creates this direct line into your primary sense of vision.”

The quiet setting and featureless architecture of Mathews’ photos allows viewers to really focus on the artificial parts of the space, such as the flowers placed in the photograph, “Three Flower Pots.”

These themes continue into the work of the second artist featured in the exhibit. Strole chose to pair Mathews’ and Muellers’ works because they both explore spaces and the artificial ways we attempt to “reclaim them.”

Mueller, who works as a geriatric nurse, has been a published photographer since the 1990s. She has been featured in several exhibits throughout the state and has had art shown in California and Vermont.

Similar to Mathews’ photographs, many of Muellers’ pieces feature some sort of object or item that doesn’t necessarily belong in that space, forcing the viewers to think more critically about the space, the item and how they relate to each other.

In the photograph titled “Easter Bunny,” there is simply a person dressed in a bunny costume sitting alone on a bench, staring at their lap.

By moving away from stereotypically traditional works of art, Strole is attempting to “extend peoples’ aesthetic appreciation.” When attendees walk into the gallery, they should not necessarily expect to only view pieces that fit into their personal definitions of “art.”

“Ersatz” and “Strange Travels” mark Strole’s third art exhibit since becoming the director of the gallery in February. With each exhibit, she attempts to showcase different styles, genres and mediums to broaden viewers’ appreciation and allow them to see the beauty in untraditional art forms.

“My audience doesn’t totally agree with me,” Strole admitted. “But I’m trying to help people understand that art is not just pretty all the time.”

Along with curating the exhibits and selecting artwork to display, Strole also works with the residents of Presence Heritage Village to bring the art exhibit and its themes into their daily lives at the nursing home facility. She creates activities for the residents, such as photography assignment exercises, and schedules other artists to talk with the residents about making and appreciating art.

“The purpose here is to introduce new ideas,” Strole said.

Not all art will interest all people, but Strole’s goal is to give attendees a greater understanding of the art and an appreciation for those who create.

To understand Mathews’ and Muellers’ works more completely, Strole recommends viewing the TED talk by architect Marc Kushner titled, “Why the buildings of the future will be shaped by ... you.” The talk, available to view on YouTube, discusses architecture and how it’s changing with the increase in technology and social media users.

The gallery opens Monday and will continue through Oct. 14, with a reception from 2 to 4 p.m. Sept. 22

WHAT: "Ersatz" by Nate Mathews and "Strange Travels" by Lucy Mueller