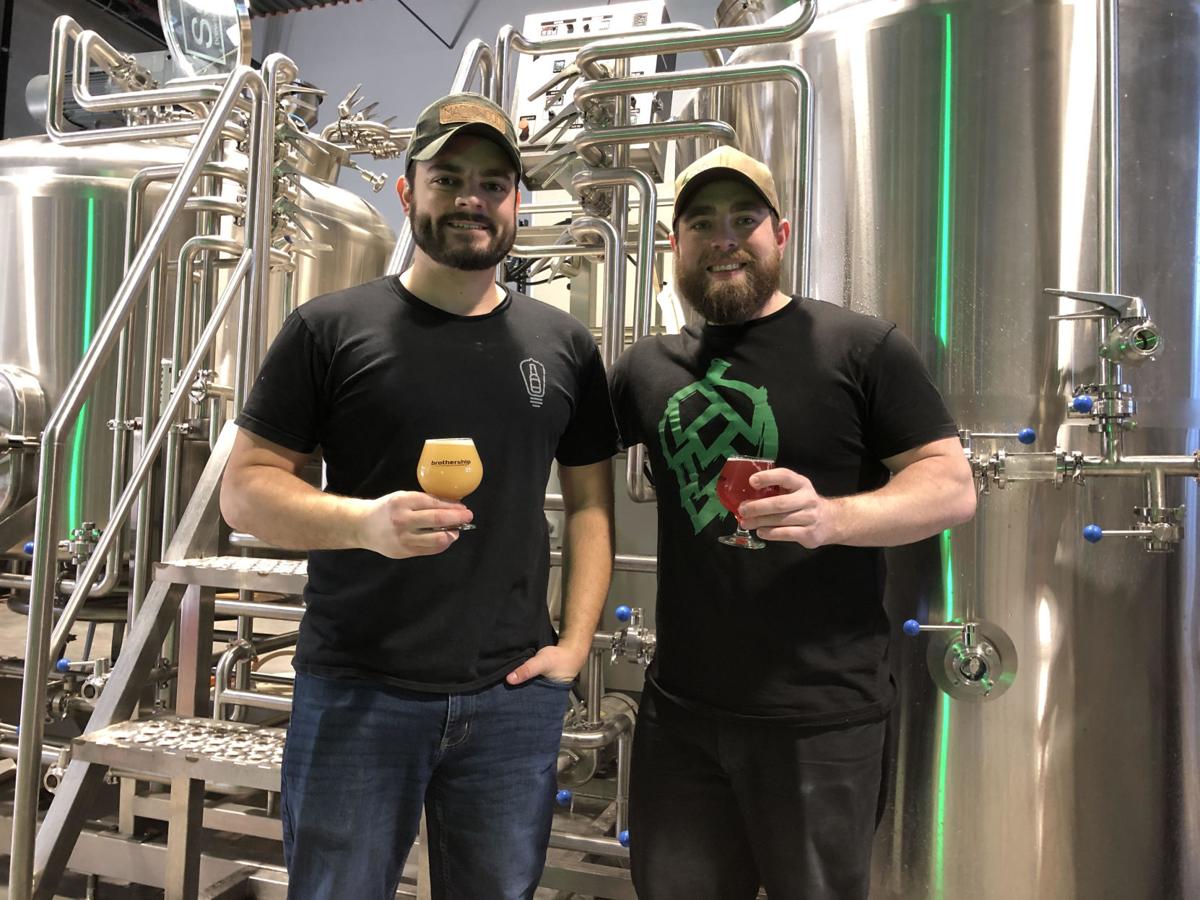 Kyle Obright and Ryne Willig are not blood-related, but they formed a brother-like friendship by stopping by Crafted plenty during the past five years. 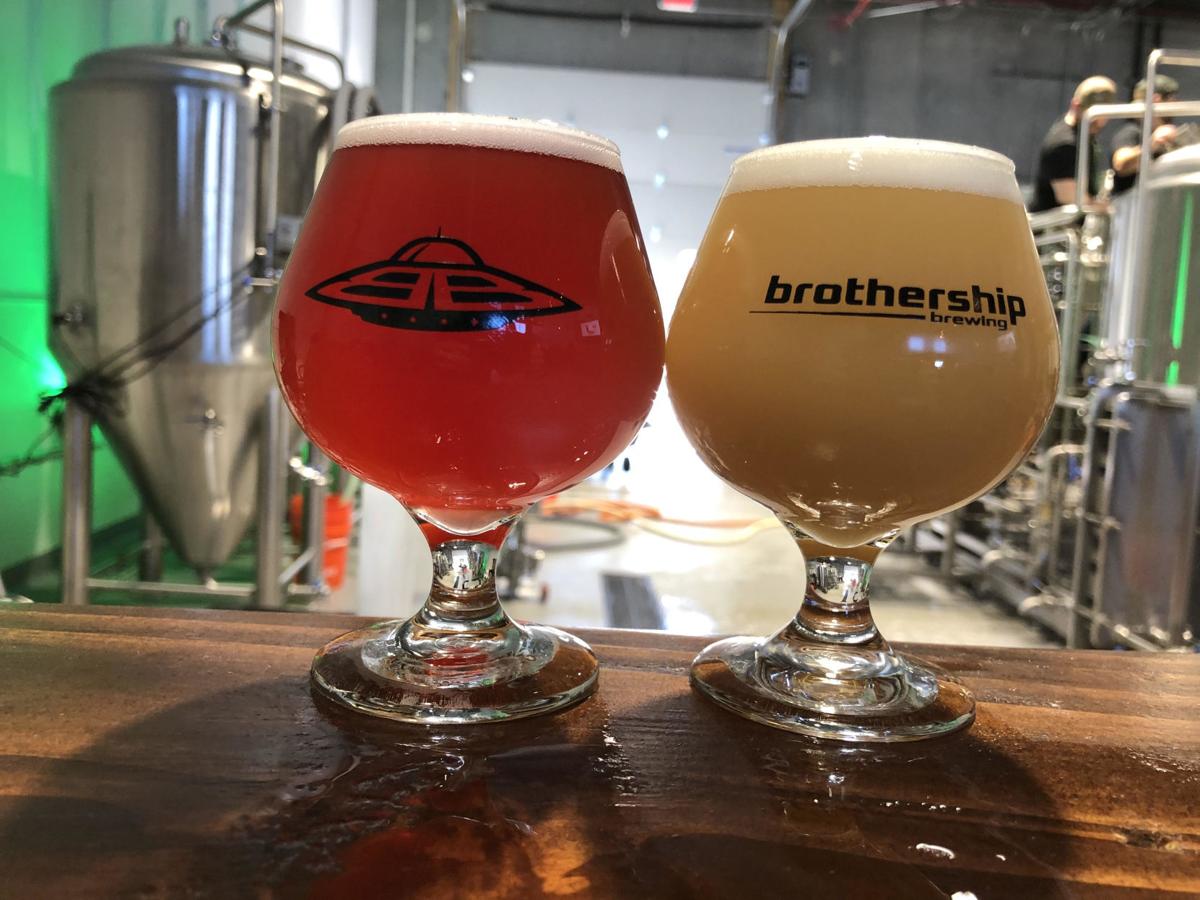 Kyle Obright and Ryne Willig are not blood-related, but they formed a brother-like friendship by stopping by Crafted plenty during the past five years.

It’s hard to keep up with all the moving and shaking in the local craft beer community, but one of the most hotly anticipated developments in the Southern Suburbs craft beer scene is the opening of Brothership Brewing in Mokena.

Brothership Brewing joins Tribes Brewing in calling Mokena home, but there are a ton in the area that have plenty of personality and quality, and the guys at Brothership fit right in. Alongside Tribes, nearby is Arrowhead Ales in New Lenox, Soundgrowler Brewing, Hailstorm Brewing and 350 Brewing in Tinley Park.

Brothership Brewing is just up the street from what the guys at Brothership affectionately dubbed “The Mothership,” Crafted Bottle Shop and Taproom in Mokena. It’s just more than a mile away from their taproom. Kyle Obright and Ryne Willig might not be blood-related, but they formed a brother-like friendship by stopping at Crafted plenty during the past five years.

I drove up two weeks after their debut to talk to Obright and Willig about their brewery, the taproom and the alien theme.

Who is involved with Brothership Brewing? How long have you been brewing?

Brothership Brewing is made up of five partners. Kyle Obright and Ryne Willig are the brewers and have been brewing together for five years. Tom Soltis, Pat Murphy and John Panozzo are the other owners.

What made you want to start a brewery?

We always have loved the craft beer community. We have met some of our best friends bonding over drinking and sharing craft beer. We would make about 5 gallons of beer per batch on a homebrew scale and would go through it quickly sharing it with everyone.

We never have been the No. 1 consumers of our beer. Starting a brewery was something we always had in the back of our minds, but when the five of us got together, it was put on the fast track.

Where did you guys get your start? How long have you been planning to open your own brewery?

We’re homebrewers — we just make a lot more beer now. Even 10 or so commercial batches in, it’s still the first thing that comes to mind. We have scaled up to 10 barrels (310 gallons) pretty seamlessly but still are making minor tweaks while holding onto the “small-batch” mentality we had while brewing in the garage.

This process has taken about a year to get the doors open. We found our location, went through all the legal inspections and licensing and built out our space in that time. The five of us came together and put in countless hours to make the space what it is. We had a blank canvass. Everything from the crates on the walls, to the bar, to the draft boards were done by us. It’s something we’re really proud of.

What are the styles of beer you hope to focus on at Brothership? What do you have available now? Do you plan to distribute, and how?

We started getting more serious with homebrewing when we started focusing on New England Style IPA. It was a style that, at the time, only was available on the East Coast, and in order to get any, you typically had to know someone or trade some of your local sought-after beer to get it. Since then, Chicagoland has closed the gap with the East Coast for doing the style well; it continues to be a beer we enjoy drinking and brewing.

We offer 750-milliliter swing-top fills for select beers at our taproom. Availability is updated weekly. We are looking into a canning line, and when we make that purchase, our beer will be available in cans to go as well as in select stores through self distribution.

What do you want to bring to Mokena in terms of beer and taproom experience?

We want to bring the people of Mokena the highest quality beer possible and provide a fun and welcoming taproom experience. The beer scene in the area already is fantastic, and we are all happy to be a part of making it even better. To this point, we have been pretty beer-centric but plan to add entertainment, food trucks and themed class events in the future.

I’m excited to see what the guys of Brothership are going to get up to in the near future. They will be pouring their beer at Beer Under Glass during Illinois Craft Beer Week and at Mikerphone’s ultra sought-after festival, Smells Like a Beer Festival, which is from noon to 4 p.m. May 2.

Tickets for Mikerphone’s event went on sale and sold out the same day in early March. There still are some limited tickets available Mikerphone will be releasing at its taproom in Elk Grove Village, which will be announced via their social media accounts.

Aliens Vs Cowboys from Brothership Brewing