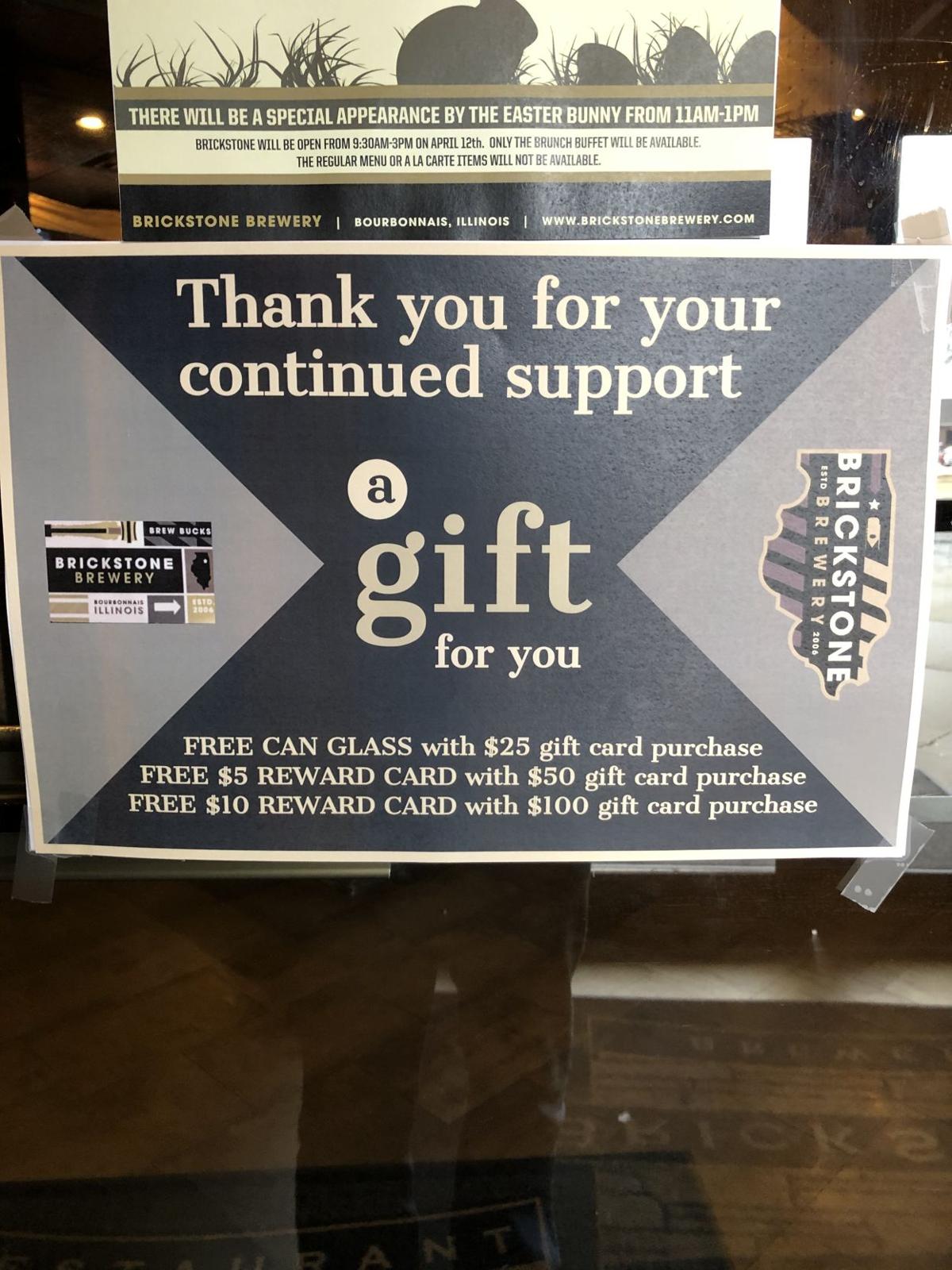 A sign on the door at Brickstone Brewing tells patrons of the best way to help out the brewery during these unusual times. You also can order a gift card of any amount through their Eventbrite page at bit.ly/BrickstoneCards. 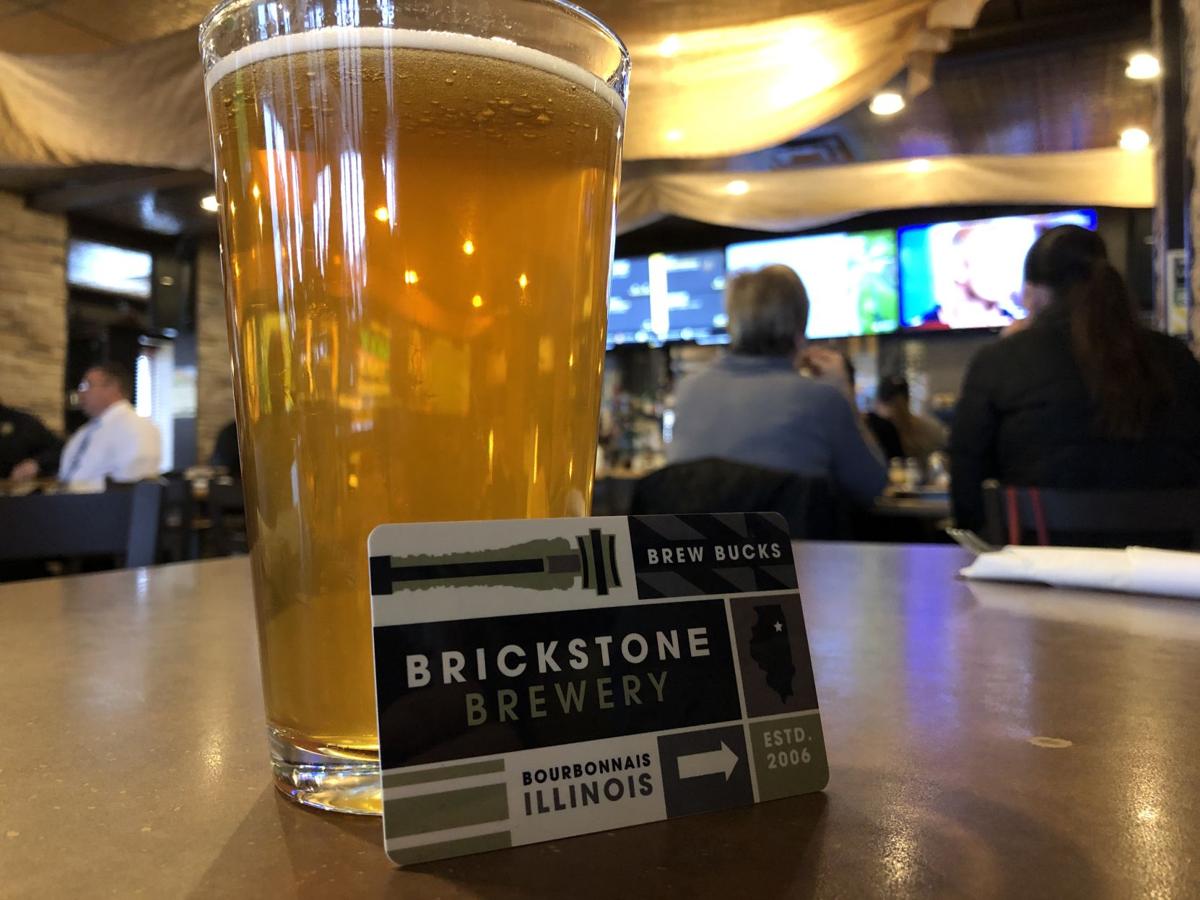 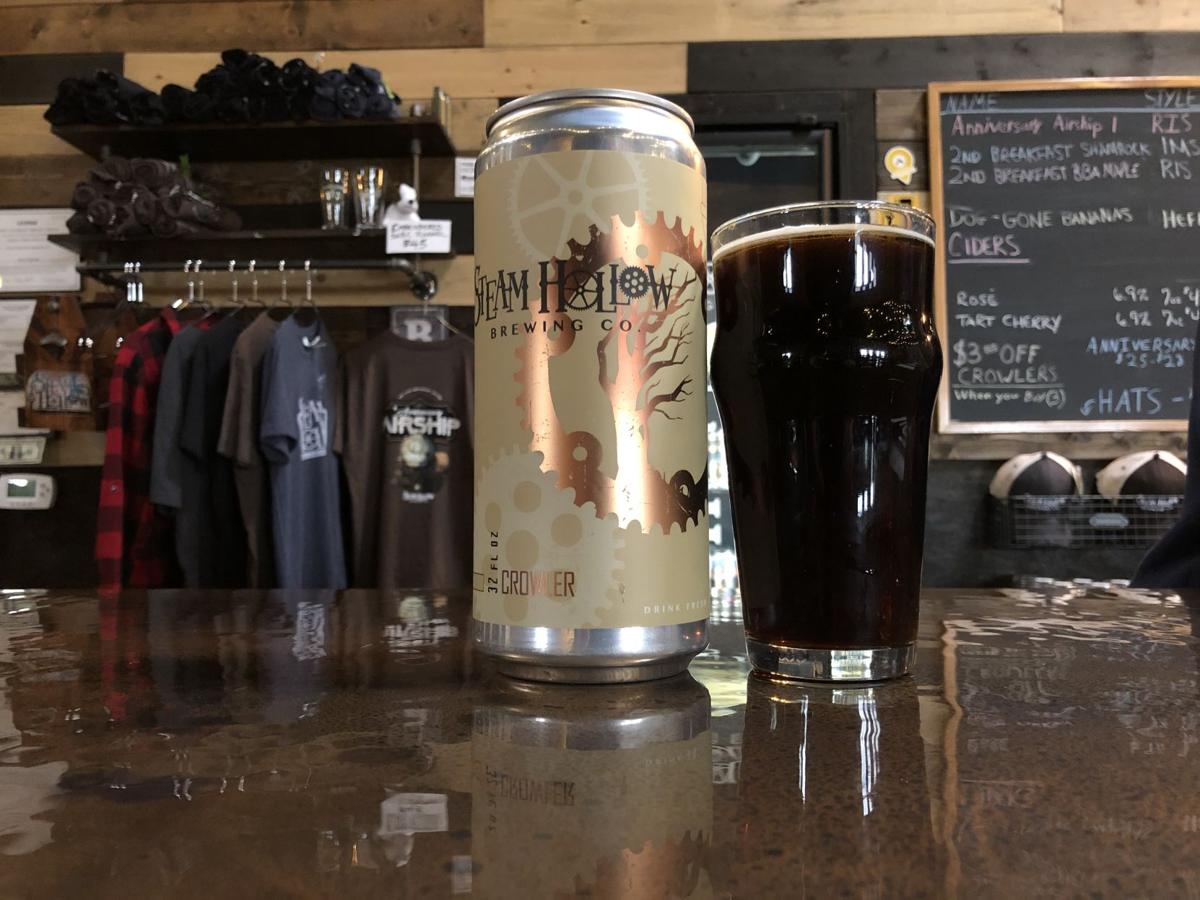 A sign on the door at Brickstone Brewing tells patrons of the best way to help out the brewery during these unusual times. You also can order a gift card of any amount through their Eventbrite page at bit.ly/BrickstoneCards.

Craft beer is probably the last thing on anyone’s mind as we all are asked to stay inside for the next couple of weeks. I know as an educator, I am asked to perform my same tasks I normally would in person via distance learning technology and the internet. This has been front of mind for me these past couple of days, so when I turned to write this column, I didn’t really know what to say. I am writing this from my bedroom because I have a 4-year-old in the house who doesn’t really understand boundaries.

I normally write these from my desk at work in the afternoon with visions of a nice, cold beer in my hand sometime in the very foreseeable future. I usually pop in after I write these columns to a local establishment and check in with some friends.

I might go visit Tom Spellman at The Hoppy Pig and sit and chat with him over a beer about upcoming events.

I might pop into the Brickstone Production Facility to chat with Tommy or George about a new beer release — usually just after the fact because I miss those things sometimes.

I will go noise up the dudes at Steam Hollow Brewing, whoever is behind the bar at the time, whether it be Blane or Derek.

I might have made a trip up to The Open Bottle (which remains open at this time — to-go orders only with curbside available).

But if time allowed, I might have checked in with Hailstorm Brewing in Tinley Park to see what chef Brian has on the menu.

Right now, though, we have to press pause on all of that. Luckily, it’s not a forever pause — only a couple of weeks, perhaps longer. But as it stands now, the world keeps turning and people learn more every day. What we have learned so far is Illinois Gov. J.B. Pritzker has called for a shutdown of all bars and restaurants in Illinois until March 30. Should we get to March 30 and officials extend it, I guess we will deal with that then.

Even between now and March 30, the places you love and the people who serve these things need your help. Restaurants, bars and breweries depend on daily beers and food sold to keep them in business. Hourly employees such as servers, hosts, bartenders, cooks and the like depend on these sales for their wages and their tips. So, I have reached out to my favorite local breweries to see what they are doing to get through these unusual times.

Here’s what I learned:

• Brickstone Brewery has switched all of its business to a call-ahead and pick-up curbside model as well as local-delivery model. Brickstone’s food menu is available online at brickstonebrewery.com. Call the brew pub at 815-936-9277 and speak with a real live human and place your order with them. Then, drive to Brickstone’s brewpub location, 557 William R. Latham Senior Drive, Bourbonnais. You can receive your food from a server straight to your car window. You don’t even have to turn off your car to grab some tasty food.

Another way to help out Brickstone during these unusual times is by ordering a gift card of any amount through their Eventbrite page at bit.ly/BrickstoneCards. They are using the hashtag #HospitalityStrong because 15 percent of the proceeds of these sales goes directly to their hourly employees who are affected by this shutdown.

“We’re doing curbside pick-up, deliveries and also using hand sanitizer on all doors and menus and anything that people come in contact with during pick-ups or deliveries, along with any and all guidelines implemented during this shutdown,” said George Giannakopoulos, co-owner of Brickstone Brewery. “We have gift cards, ordering to-go orders, buying our product at any local liquor or grocery store, and we’re also offering keg sales for customers with kegerators. But even a like or share of our social media posts is appreciated.”

• Steam Hollow Brewing in Manteno also is shifting its business practice to a curbside model. They are going to be open 1 to 5 p.m. March 21 and 22 for curbside orders. They will have four packs of cans, crowler and growler fills for pre-order and curbside fulfillment. You can pre-order online on their Facebook page or via email at steamhollowbrewing@gmail.com. You also can walk up to the doors of the brewery on Spruce Street and pay with cash or credit.

“Being a new business, we need to be able to get through this by operating as much as possible within the parameters we are given,” said Natalie White, owner of Steam Hollow Brewing Company. “Things are changing daily, so all we can do is go with the flow, stay positive and keep everyone updated on our hours of operation.”

It struck me as I corresponded with Natalie via email this week I had forgotten she was an officer in the U.S. Navy. Her answers were prompt, clear, to the point and seemed to be marshaling these times with a sense of purpose and mission. My spirits were bolstered by her sense of calm and confidence in the face of unusual circumstances.

Where to Buy: Grocery stores are still open during this time, so you might find this at Jewel in Bourbonnais in four packs of 12-ounce cans for about $10. They also will fill a growler for you curbside.