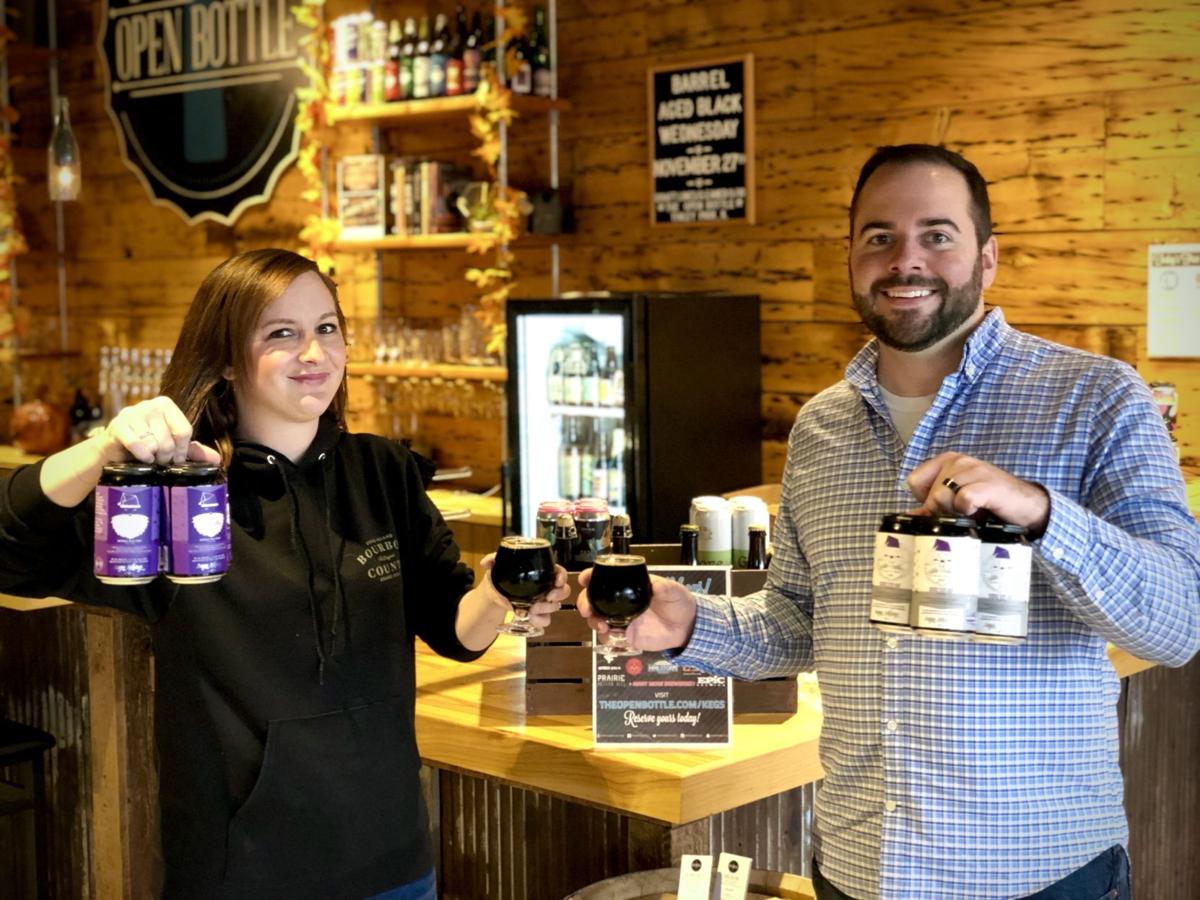 Julie and Patrick Bisch, co-owners of the Open Bottle in Tinley Park, offer its barrel-aged version of Santa’s Cookies and Milk. 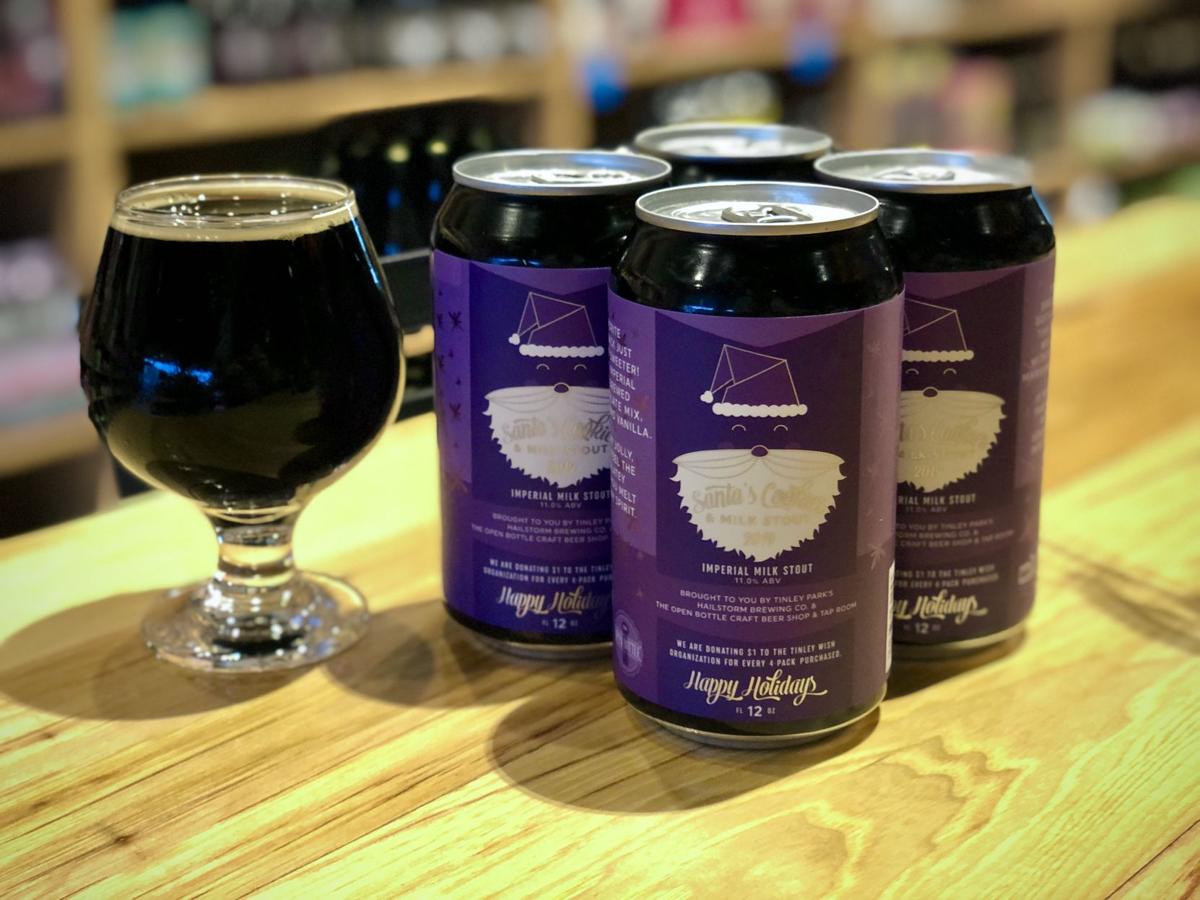 Julie and Patrick Bisch, co-owners of the Open Bottle in Tinley Park, offer its barrel-aged version of Santa’s Cookies and Milk.

In years prior, I have done a Brew Dude Christmas gift list giveaway based on the excellent ideas I find in the craft beer industry, specifically in regards to brewery merchandise.

Some breweries have some unique gifts that I would find along the way and remember them throughout the year. Based on all this research, I would gather things far and wide and have readers submit stories or photos to make it possible for a few lucky winners to collect some serious gifts.

Last year, due to a family emergency, I was unable to be the lead on that project. This year, as I started new work, I have not been able to really commit a lot of time to this type of a project. I hope next year will be different because I truly enjoyed the work in gathering these things.

So instead, this year I am highlighting a few awesome things around the craft beer community that I think are notable sort of endeavors in the holiday spirit for readers to enjoy.

The first such endeavor is The Open Bottle’s annual collaboration with Hailstorm Brewing, both in Tinley Park, named Santa’s Cookies and Milk Imperial Stout.

“We’re excited to release our annual collaboration beer with our friends and neighbors at Hailstorm Brewing,” said Patrick Bisch, co-owner of of The Open Bottle. “For the past four years we’ve made this beer, and this year we took inspiration from one of our favorite cookies, hot chocolate cookies. So, we added hot chocolate mix, marshmallows, and vanilla to this imperial milk stout.

“But it doesn’t stop there because we also aged a portion of the beer in bourbon barrels to give it an even more complex and richer flavor.”

For the past four years the fine folks at The Open Bottle and the dudes at Hailstorm Brewing came together to brew a beer in time for the holidays. In the giving spirit of the season, part of the proceeds of this beer go to a local charity, Tinley Wish. Last year the collaboration raised $1,500.

“This year we are donating $1 from every 4-pack sold to Tinley Wish, a local charity organization that raises money for Tinley Park families in need,” said Julie Bisch, co-owner of The Open Bottle. “Their mission and execution on giving back to the community is commendable, and we always support them with our annual Santa’s Cookies and Milk Stout release with Hailstorm.”

Steve Miller, formerly of Brickstone Brewery, and Brandon Banbury, head brewer at Hailstorm, really know how to put a beer in a barrel and execute this beer exceedingly well. I don’t think this is the best way to pair a veggie wrap is with a barrel aged imperial stout, but that’s what was going.

Hailstorm Brewing has really upped its game in recent months with a huge new space for hosting large gatherings and live music as well as a small, gourmet menu done up by none other than local beer personality Brian Miglin.

I have seen Brian around at beer events all over Kankakee County for years, especially at Brickstone. I walked in to check out the new Hailstorm kitchen and a barrel release, and I saw him in the kitchen window, and shouted out loud, “What are you doing in there?”

Apparently, he jumped ship from a previous chef gig and joined forces with Hailstorm which I am exceedingly happy about.

The beer will be available this weekend in 12-ounce cans at The Open Bottle at 7101 W. 183rd St. No. 105, Tinley Park. There will be two versions available this year. The first one is the regular, non-barrel-aged version, Santa’s Cookies and Milk with hot chocolate, marshmallows, and vanilla at 11% ABV. The second version is the bourbon barrel aged version which was aged in Buffalo Trace barrels for 8 months at 12% ABV.

Where: The Open Bottle and Hailstorm Brewing

Is there any day of stuff to consider pours of, food available type stuff?

Notes: “Santa’s favorite break-time snack just got a little bit sweeter. This decadent imperial milk stout is brewed with hot chocolate mix, marshmallows, and vanilla. If you’re feelin’ jolly, take a sip and feel the warm chocolatey sensations as you melt into the holiday spirit,” according to The Open Bottle.

Where to Buy: This beer is only available at The Open Bottle in Tinley Park in 12-ounce 4-pack cans for $14.99 and $38.99 for the barrel aged version of 4-packs. $1 of each 4-pack sold will go towards local charity Tinley Wish.