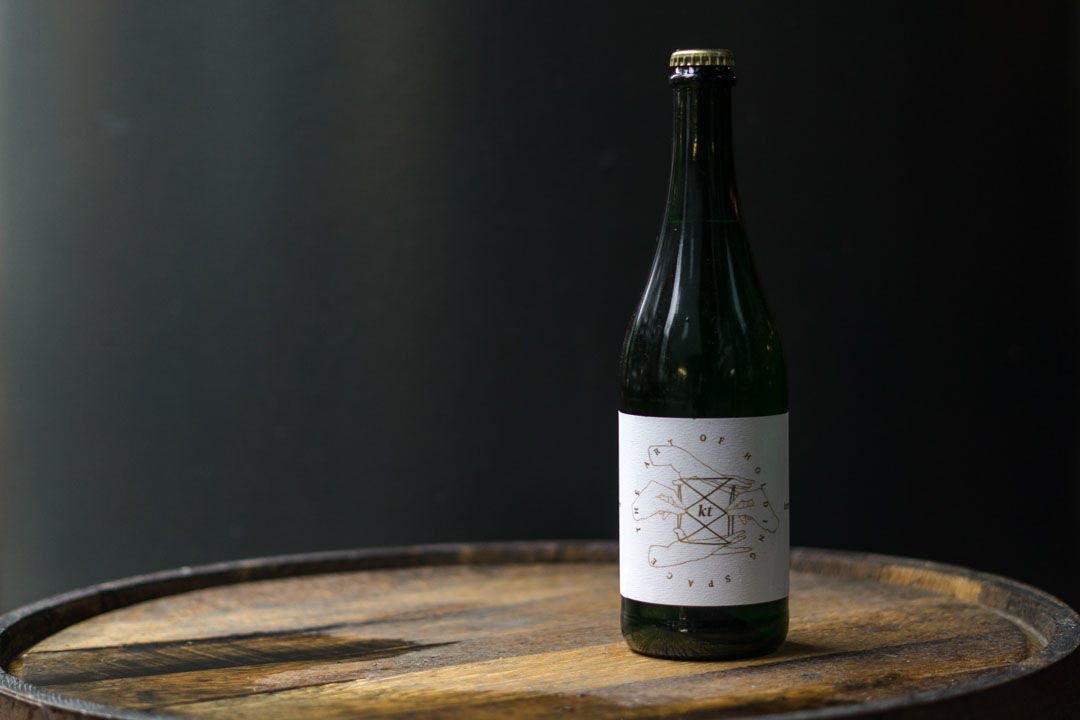 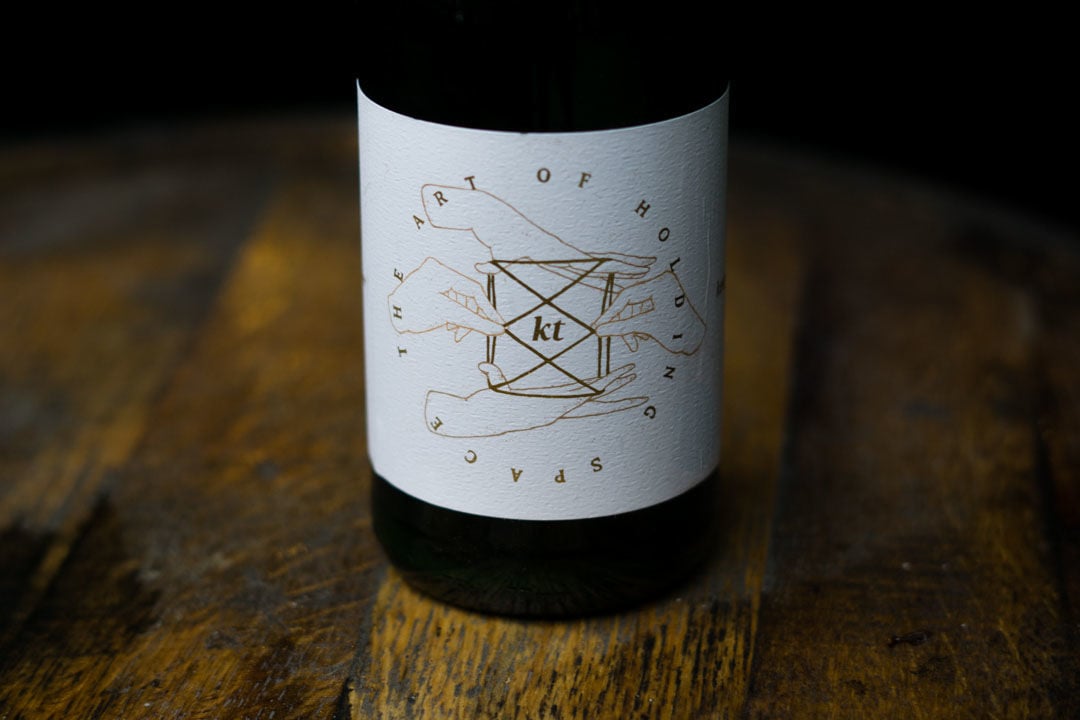 Recently, Chicago inherited one of the best-known brewers in the country, Averie Swanson from Jester King Brewing of Austin, Texas. If you don’t know anything about Austin, it is in a three-way tie for the capital of hip with Brooklyn and Portland, Oregon. So, the beer culture in a city such as Austin is super rich.

Yes, Chicago likely has the most craft breweries per capita in the country — and they have big beer release days such as Dark Lord Day from 3 Floyds — but not all are doing what Jester King does. Jester King boasts largely mixed culture fermentation beers, and its big releases are for brews such as Atrial Rubicite. This brew is made with “well water, barley, wheat, hops, farmhouse, native yeast from the Texas Hill Country, souring bacteria and raspberries,” according to the brewery.

I cannot imagine this happening in Chicago, as all of our line-up-for beers are either Barrel Aged Imperial Stouts or Hazy IPAs — which are what is in vogue nationwide these days.

Swanson left Jester King and Austin to come to Half Acre Beer Company in Chicago. She wanted to strike out on her own for a number of reasons, and she chose our neck of the woods to start this newest venture, where she will brew mixed culture saisons — delicate, subtle beers — and we are lucky to have her. Here in Chicago, we have several breweries that excel in this style of beer such as Afterthought Brewing, Is/Was Brewing, Jolly Pumpkin Brewing, Off Color Brewing, Une Anne Brewing and Whine Beer Company, so Swanson and Keeping Together are in good company here in Chicago.

I sat down and had a beer with Swanson on a Monday afternoon at Old Irving Brewing, Chicago’s darling brewery at the moment, to talk about her new beer project. Questions and answers are edited for length and clarity.

Chicago has been one of my favorite cities for years. My dad grew up here, and this place has always had a very familiar energy to me. The food and beverage scene here is incredible — there is more good food here than most other places I have visited, and that environment keeps me inspired and excited about what I do. Though there are a ton of breweries here and the beer industry is older than many cities and therefore quite established, there aren’t many people who are making sour and wild (mixed fermentation) beers. There seems to be a bit of room for growth there, and I am excited to explore that niche.

How has it been working with Half Acre so far? Is their brewing situation similar to Jester King’s facilities?

The folks at Half Acre are amazing — they have been incredibly supportive and enthusiastic about Keeping Together. It is a great company, and everyone here seems to genuinely enjoy coming to work each day. It is clear to me they care a lot about creating a community both within their brewery and within the greater Chicago beer scene. I am super grateful to be making beer there. The brewing situation is certainly different than the farm brewery I was used to in Texas, but there are some similarities. The brewhouse at the Lincoln brewery is very manual, which is awesome and reminds me a lot of Jester King.

Why did you pick saisons as the focal point of your brewing project?

Saison is a pretty loose beer style. There isn’t a super rigid set of guidelines that dictate how one must make beers in this style. That freedom and flexibility appeals to me. I like being able to change up recipes and add different ingredients (fruit or spice or herbs, etc.). I enjoy using a mixed culture of yeast and bacteria for my beer fermentations, and this style has a history of being made in the same way. I also find Saison is a really versatile beer. You can pair it with just about any kind of food, and it tastes great. Or you can simply drink it on its own and the crisp, dry character of it lends to a high degree of drinkability.

Because you don’t have a space for people to enjoy your beer yet, what is the perfect environment you imagine people enjoying a 3 percent table beer?

The great thing about table beer is it can be enjoyed just about anywhere. The beer is low in alcohol, dry, drinkable, balanced and crisp. You could enjoy this beer with dinner; its flavor profile is balanced and versatile enough it would pair nicely with just about any food. You can enjoy this beer after mowing the lawn, its bright level of acidity would be refreshing and thirst-quenching. The beer is packaged in a 750-milliliter bottle because, in my opinion, the best way to enjoy this beer is with a friend. Beer has always been the beverage of the people and has existed in cultures around the world for ages in part because of its function as a social lubricant. It is meant to be enjoyed alongside conversation with people you care about. I make beer because I love exploring the flavor profiles possible through fermentations, but I also make beer because I enjoy producing something that brings people together.

Where do you see this project going from here? Your own space, brewing facility, tap room, brewpub?

The plan is to continue to make beer out of the Half Acre Lincoln location for the foreseeable future. I think we have arranged for a pretty symbiotic relationship, and given how saturated the beer scene is across the country right now, I don’t feel that going down the highly capital-intensive road of opening my own space is the right move for me at the moment. I might revisit those options at some point in the future, but for now I am excited to continue to explore how Keeping Together and Half Acre will complement each other during the next few years.

Where can people find Keeping Together locally?

The best place to find Keeping Together beers — bottles and draft — is at the Half Acre Lincoln taproom and bottle shop. The bottles will be exclusively sold at that shop for now, and there might be a small amount of beer that sees events or on-premise distribution, but the majority of it will be served where it is made. The hope is to release beers once every four to six weeks, but given that nature of the mixed culture fermentations, there might be some variability there. To keep up with release information, folks can check out the website keepingtogether.com or follow me on Instagram @averieswanson.

The Art of Holding Space from Keeping Together

Notes: Light apricot fruitiness with notes of hay and white pepper; medium in body, thanks to a hefty dose of oats and spelt with a zippy lemon-like acidity.

Where to Buy: At the Half Acre Lincoln Avenue Taproom Bottle Shop in 750-ml bottles for $13.99 or on draft as long as it lasts.

Where to Buy: Liquor World in Kankakee or The Open Bottle in Tinley Park in 750-ml bottles for about $10.