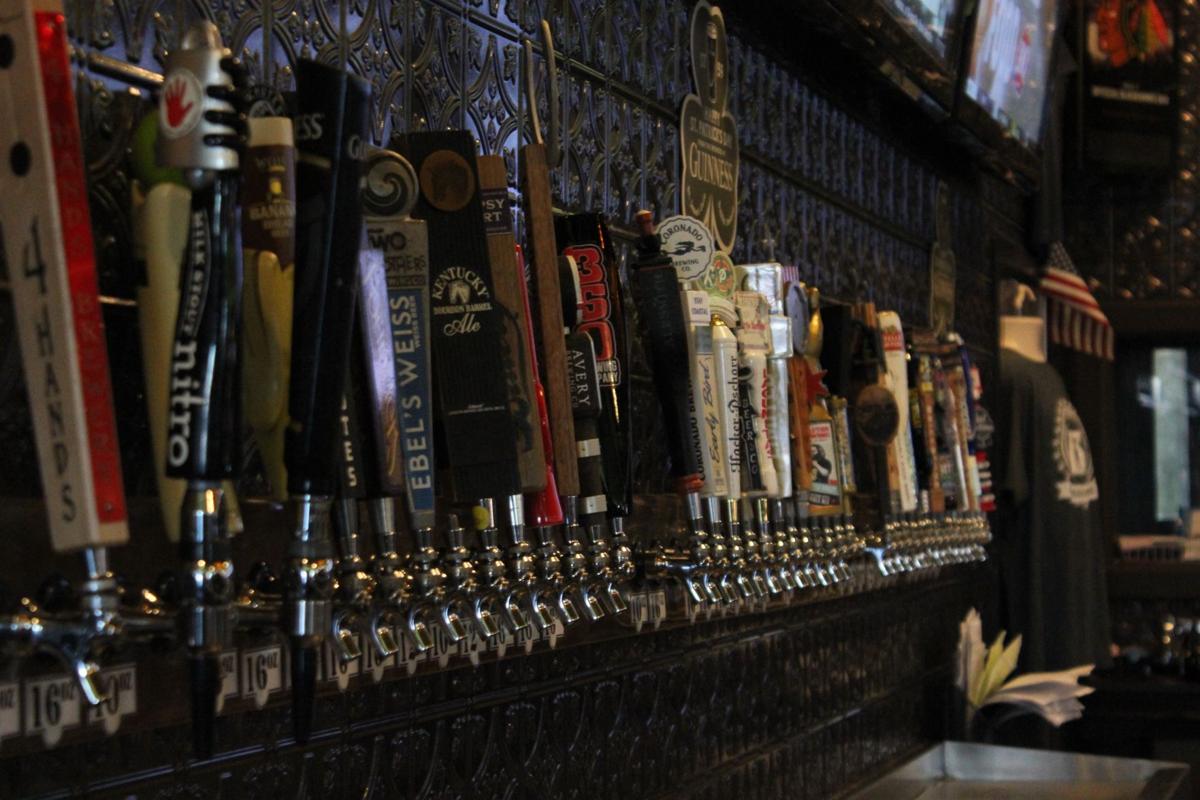 Hoppy Pig in Bradley has more than 35 craft beers on tap. 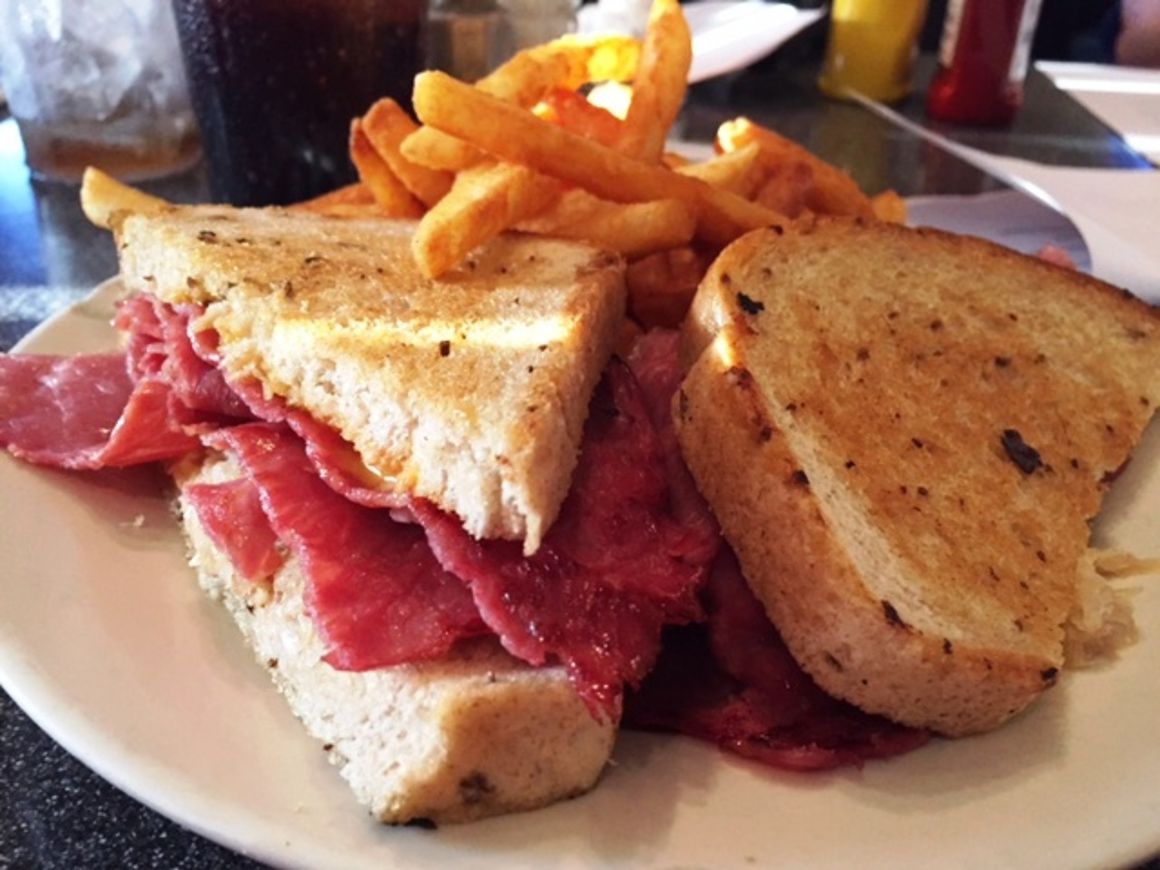 Hoppy Pig in Bradley has more than 35 craft beers on tap.

Sometimes,there is a special place that posts its craft beer menu on one of its social media platforms and gets me out of the house.

The most recent version of this is when I saw beermenus.com blow up with The Hoppy Pig getting a new wave of Three Floyds beer. I got an email from the public relations person at Three Floyds to let me know they were expanding their distribution reach, which would include a bigger play here in Kankakee County.

When I found out The Hoppy Pig updated its list, I ran out as soon as I could to try Three Floyds beer on draft. This got me thinking: What are some other places with great beer menus and incredible food, too?

So, for the next installment of the Untappd Challenged, I decided to focus on another Venue Badge — this time we are going after beer foodie. The challenge is simple: Check in to a venue that is considered a restaurant first, not a brewery taproom or something similar.

First up in this challenge is The Hoppy Pig, the craft beer restaurant of Kankakee County. It holds this title with few competitors, and it stands above the rest. The Hoppy Pig is one of my favorite places to go, period.

Sometimes, its beer menu comes out and I run out of the house to get there to try something I haven’t had before. Before the Three Floyds release, the last beer I ran out to get was The Bruery’s Sour in the Rye. I’m not even a sour fan, but to see The Bruery on draft in Kankakee is a sight to see.

Beyond the beer, their food is incredible. Tom Spellman, owner of The Hoppy Pig, invited me to participate in his New Year’s Eve celebration, which featured some excellent food.

I made a special trip to get Toppling Goliath’s Pseudo Sue on draft and had the prime rib grilled cheese, which was incredible. My wife, Sam, got the crab cakes sliders, which she thought were excellent as well.

Paul’s Place in Kankakee is the next most logical stop here. Paul’s is a diamond in the rough you wouldn’t imagine having an incredible beer selection. I have featured Paul’s Place in the past, but I haven’t written about it in awhile.

I got out of KCC a little bit late and met up with a friend, and we agreed almost immediately Paul’s Place was where we were going to grab a late drink. According to beermenus.com, Paul’s Place has 14 beers on tap from Angry Orchard Crisp Cider to Revolution’s Rosa Hisbiscus Ale.

It also has 191 bottles and 47 cans — many of which surprise me. Most recently, I saw they picked up Alarmist’s Le Jus, which won the GABF gold medal for the coveted and brand new category of Juicy/Hazy IPA.

The food also is very good. In my mind, the first thing I get, especially late night, is the sample, which has some of the best fried food in Kankakee County, as well as the desserts.

I asked Derek Yarno, who used to haunt the pool tables of Paul’s before heading up to Manteno for greener pastures at Steam Hollow Brewing, what his favorite thing to get at Paul’s was, and he named two things: Breakfast, the waffle combo bacon and scrambled eggs; and the Chicken BLT wrap with beer-battered fries. Don’t sleep on Paul’s Place; it’s an excellent hidden gem.

The next place is Doc’s Smokehouse in Tinley Park. The reason these guys make the list is because I decided to check this place out based solely on the beer menu on Untappd.

When Derek and I drove to get our beers at Crafted in Mokena, we stopped at Doc’s and had some stellar barbecue but also were able to get a full pour of some Phase Three beers I had missed when they came out in cans. I don’t know how they do it, but I was blown away this barbecue joint had some impossible to find, ultra-fresh, hazy IPAs on draft.

I had the pulled pork sandwich with mac and cheese and coleslaw. I am picky about my barbecued pork and smoked meats, but Doc’s delivered in a big way. I will go back again.

The next place is the Kaiser Tiger in Chicago. Sam and I made our way to the Kaiser Tiger after Beer Under Glass this year and had an absolute blast. We already had dinner and drinks, but I was able to get a beer from Metropolitan Brewing Nitro Woke as Helles that I hadn’t had before.

I got a giant pretzel, and Sam got the bacon-wrapped dates that were just the right size for where we were at in the evening. The Kaiser Tiger is right in the thick of things in Fulton Market with the hippest establishments flanking it on all sides, but I always have wanted to go based on its reputation and beer selection.

I wasn’t sure what to expect from the food menu, but we both were pleasantly surprised. Sam’s usual place in Fulton Market is Bombobar, but the Kaiser Tiger might have inched onto the list with the bacon-wrapped dates.

The final stop is the Brass Tap Orland Park. Somehow, the Brass Tap has been honored nationally as the best beer bar in Illinois. The only reason I visited this location is on the strength of its beer menu.

I just checked its menu, and the first beer I see is a New England IPA from Temperance Beer Company that I have never had. I want to drive their right now and try this beer.

This is one of those old-school joints that keeps the Belgian beers on draft and in bottles as well, which I whole-heartedly endorse. They have a Triple IPA from Hop Butcher, All The Marbles, that I didn’t get a chance to get when it came out in cans. Why does Orland Park have to be so far away?

The last time I was at the Brass Tap, I got one of its flatbread pizzas because it was on special. It did not disappoint. I haven’t had a ton of its other food, but I was impressed with what I had.

Where to Buy: The Hoppy Pig in Bradley in 16-ounce drafts for $7.