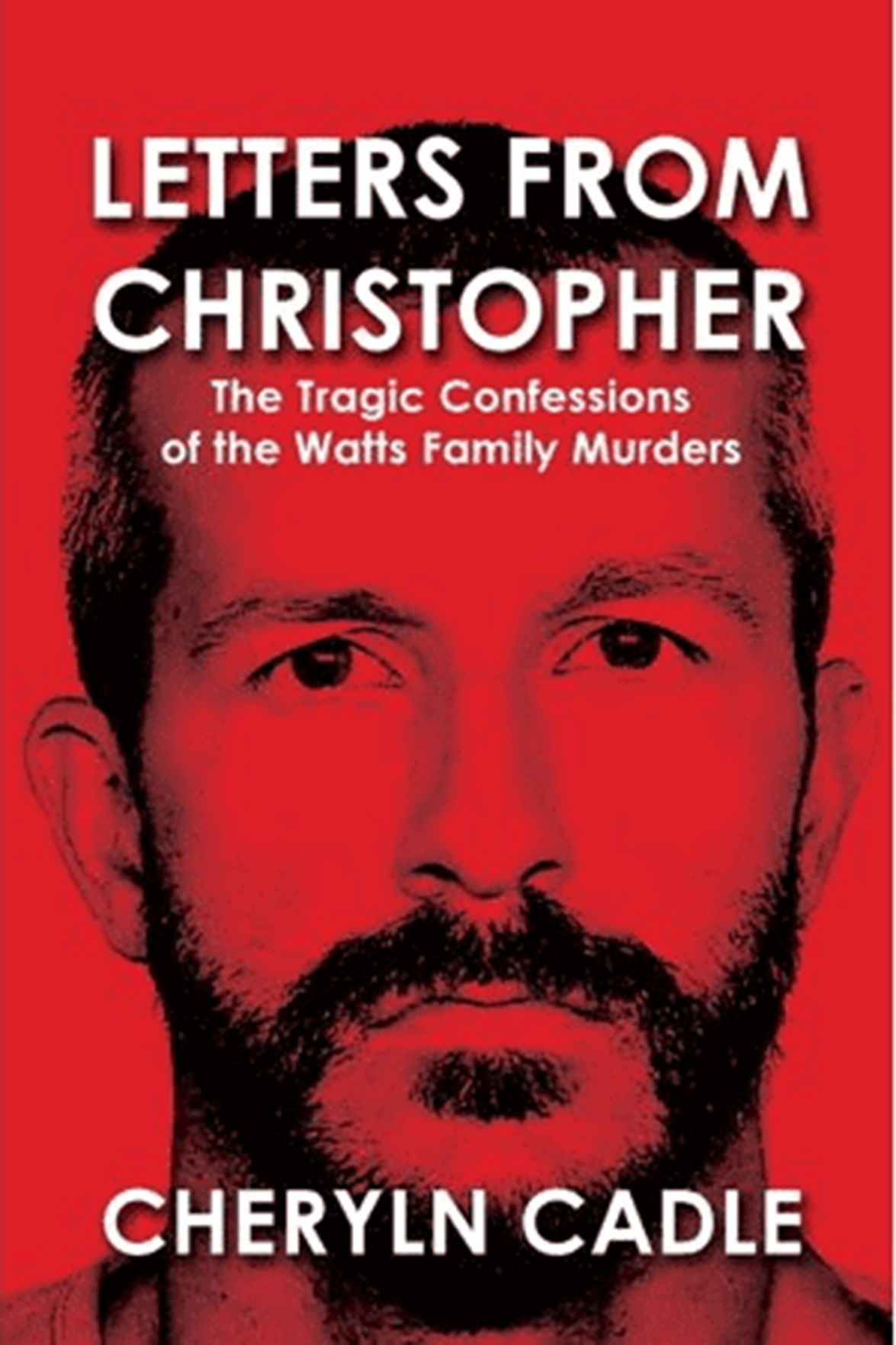 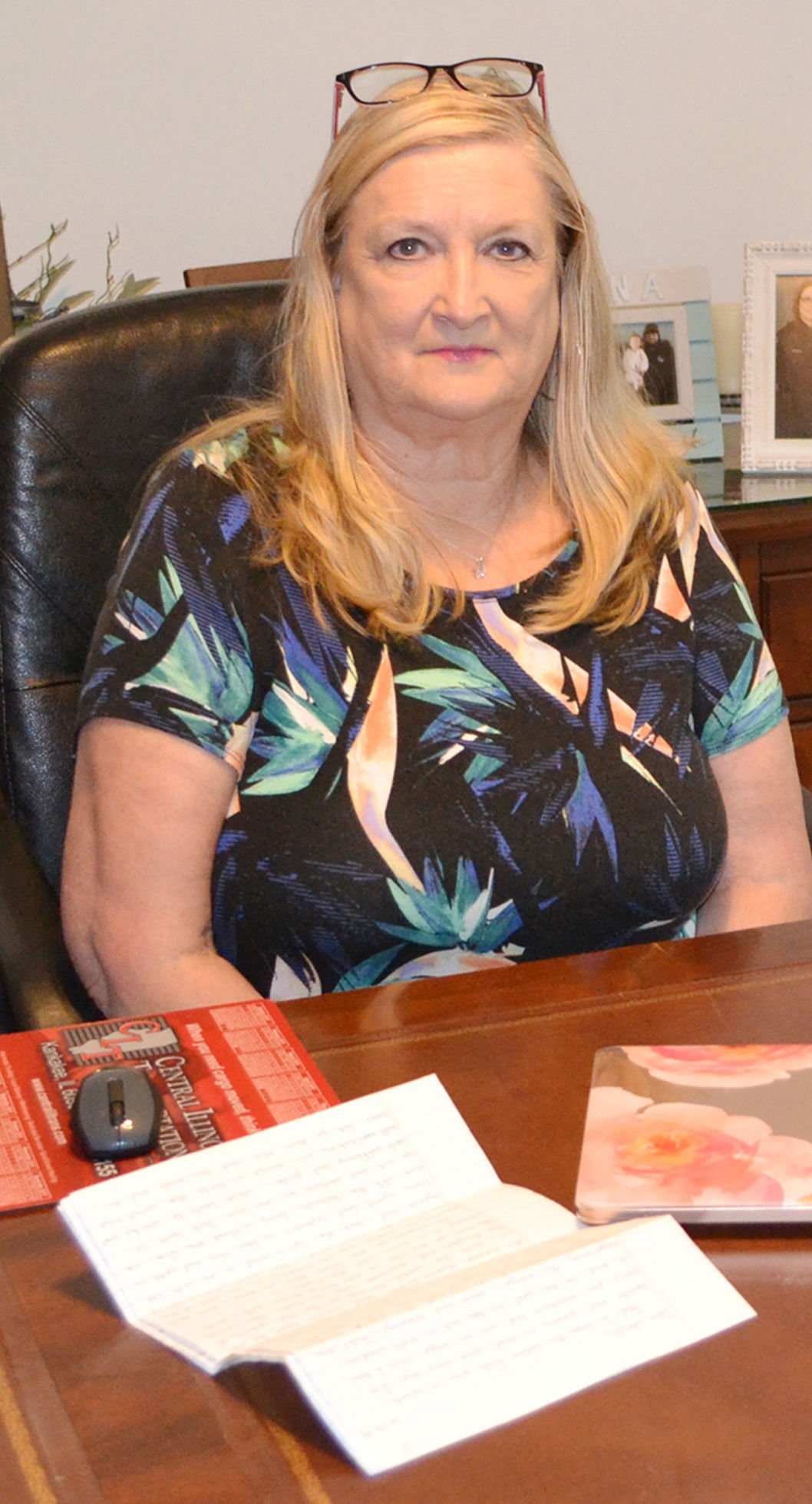 Cheryln Cadle, of Bourbonnais, published “Letters from Christopher: Tragic Confessions of the Watts Family Murders” a true crime story of Christopher Watts, who killed his pregnant wife and two young daughters in Colorado last year. Readers will hear from Watts in his own words along with Cadle's thoughts and impressions as her journey with him unfolded.

Cheryln Cadle, of Bourbonnais, published “Letters from Christopher: Tragic Confessions of the Watts Family Murders” a true crime story of Christopher Watts, who killed his pregnant wife and two young daughters in Colorado last year. Readers will hear from Watts in his own words along with Cadle's thoughts and impressions as her journey with him unfolded.

Cadle, 65, wrote “Letters from Christopher: Tragic Confessions of the Watts Family Murders.” The book is a true crime story in which readers will read Watts’ own words along with Cadle’s thoughts and impressions as her journey with him unfolded.

Cadle, similar to some of the nation, saw and followed the tragic events develop on television.

On Aug. 13, 2018, in Frederick, Colo., Watts killed his pregnant wife, Shanann, and their two children: Bella, 4, and Celeste, 3. He put his girls in oil battery tanks and buried his pregnant wife in a shallow grave, then returned to work as though nothing happened.

In the beginning, Shanann and the girls were reported missing by friends, and Watts was front and center in the media pleading for the return of his family. Days later, Watts confessed to police he killed his wife but tried to falsely blame Shannan for their daughters’ murders.

Also thrown into the sordid story is Watts’ mistress, Nichol. At one time, Watts said he killed his family so he could be with her.

In November, Watts pleaded guilty to the murders of his wife and daughters and is serving multiple life sentences in Wisconsin, without the possibility of parole.

“I felt called and compelled to write this story,” said Cadle. “I wrote him, and in the first letter I said I wanted to write a book.”

In the first letter, Cadle wrote, “I’m not writing you to tell you how wonderful you are or that I want to be pen pals. I do not usually follow these sorts of things, but seeing you on the front porch of your house that morning giving the interview, I knew you were in for quite a journey ahead.

“I have to tell you, the interview screamed guilty. I know you are sentenced to prison for the rest of your life, yet I feel your life still holds some purpose.”

“You have to imagine I’m very skeptical about who I write back and when I saw you wanted to write a book, I said ‘nope.’ Although the letter you sent me felt like God was giving me an ultimatum to write you back. I’m not sure why exactly, because I have turned several other journalists and authors down.”

“Watts receives thousands of letters, dozens everyday,” Cadle said. “Journalists all over the U.S. have asked Watts if they can write his story. Why he chose me, I don’t know.”

After a few back-and-forth letters, Watts sent the paperwork for Cadle to be put on the visitors list.

Cadle first visited Watts on April 5, when they talked about her writing a book.

“We formed a trusting relationship. He trusted me to give a true account,” Cadle said.

She visited Watts three times in prison, spending five hours with him each time.

“It’s very mind altering and very hard to hear what he had done,” Cadle said. “Meeting Christopher caused a lot of different feelings and emotions.”

Through their meetings, Watts told Cadle he wanted to tell her his confessions in writing because he felt their conversations were being recorded.

He revealed things to her no one else knew, not even the FBI or his family.

Cadle wrote the book in six months. She noted while it was quick, she spent a lot of hours per day writing, very long days. The 286-page book is derived from thousands of pages of discovery and court documents, police interviews, discussions with family members and hundreds of words in the pages Watts wrote to her.

Cadle believes the information and confessions Watts provided to be true.

“There’s a lot of mixed feeling about who believes him and who doesn’t believe him,” she said. “I got to know him and his characteristics. I believe his letters and our conversations were true. My work strives for accuracy and truth.

“I could tell through his initial letters there were things left out. So I pushed him to tell the whole truth. He then began writing more detailed letters.”

But, she pointed out, “He also said there’s things he’ll take to his grave with him.”

Details never before revealed are in the book including how, in Watts’ words, “Killed his girls, twice.”

According to Watts, he smothered his daughters before strangling his wife that night.

But through his letter to Cadle, Watts revealed that the girls “woke up bruised and traumatized” after he murdered their mother. He wrote that he drove them out to the site of the oil tanks and smothered them again.

Through the letters, Watts also writes Shannan had nothing to do with the murders of Bella and Celeste, as he falsely stated to police after the killings. The book delves into others details never before disclosed by Watts.

“How do we know if Christopher is telling the truth? That will be left up to the reader to decide,” Cadle said.

Cadle said her time writing to and visiting Watts and ultimately writing the book has changed her life forever.

“I think about what he did so many times every single day,” Cadle said. “I cry. I pray. It has changed me and not necessarily in a great way. Maybe time will heal all that. At times, I wouldn’t sleep, and when I did sleep, I would dream of the case. It was hard.”

And her once peaceful, quiet life has turned hectic. Just one day after the book’s release Oct. 7, it was No. 11 on the Amazon best seller’s rank in the true crime book category and was listed as a best seller by Barnes and Noble.

Since the book’s release, Cadle already has been in a whirlwind of media interviews and television show requests. She was a guest on the Dr. Oz show, which will air Tuesday.

“Letters from Christopher: Tragic Confessions of the Watts Family Murders” is available for $19 from her publisher, Doreen Publishing, as well as Amazon and Barnes and Noble.

Through their agreement, Watts is not allowed to make any money from the book. Watts’ only request was he wanted to have a chapter to give his testimony of how to came to know God and wants to help others.

Cadle said this book is her first but not her last. She is working on a “fun, fictional romance” book.