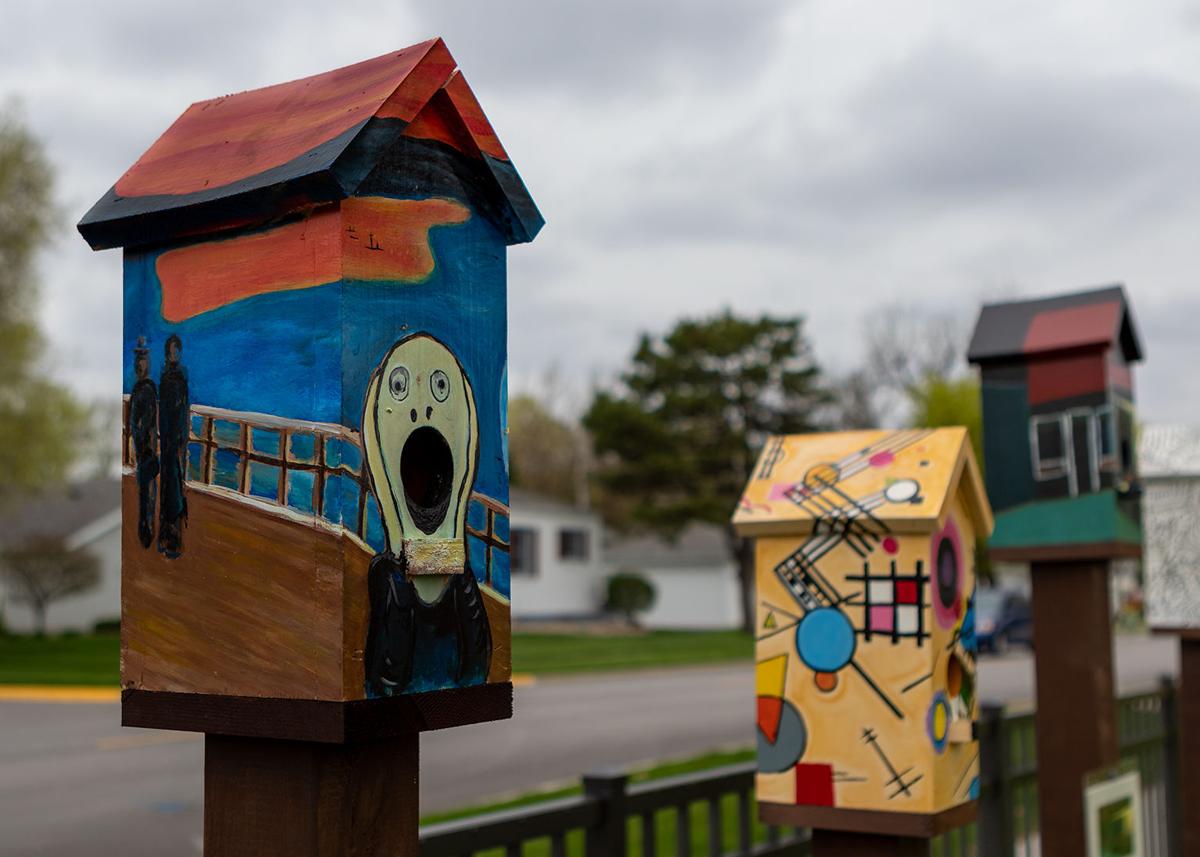 Birdhouses created by Manteno High School art students are on display at The Square on Second in Manteno throughout the summer. 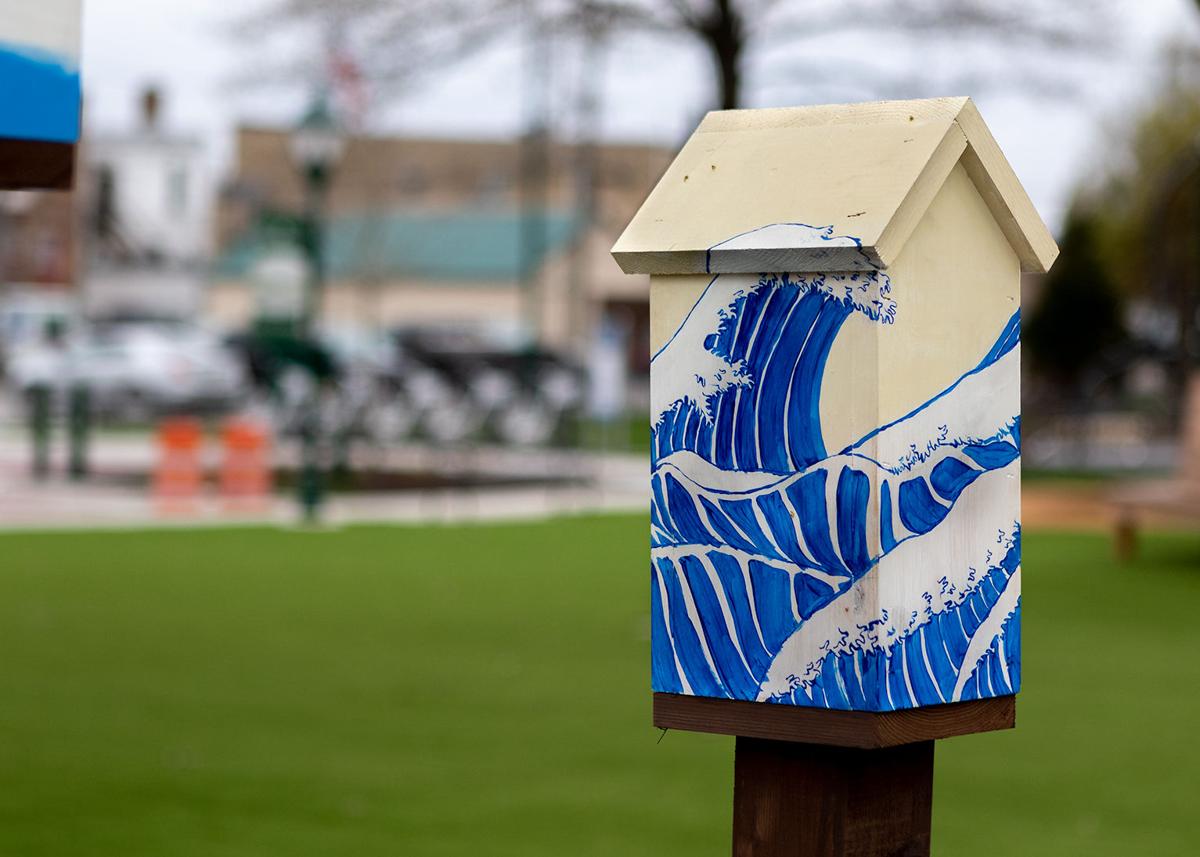 Manteno High School art student Tia Presto painted one of 15 birdhouses on display at The Square on Second in Manteno. Presto’s house is modeled after a woodblock print by Japanese artist Katsushika Hokusai, titled “The Great Wave off Kanagawa.” 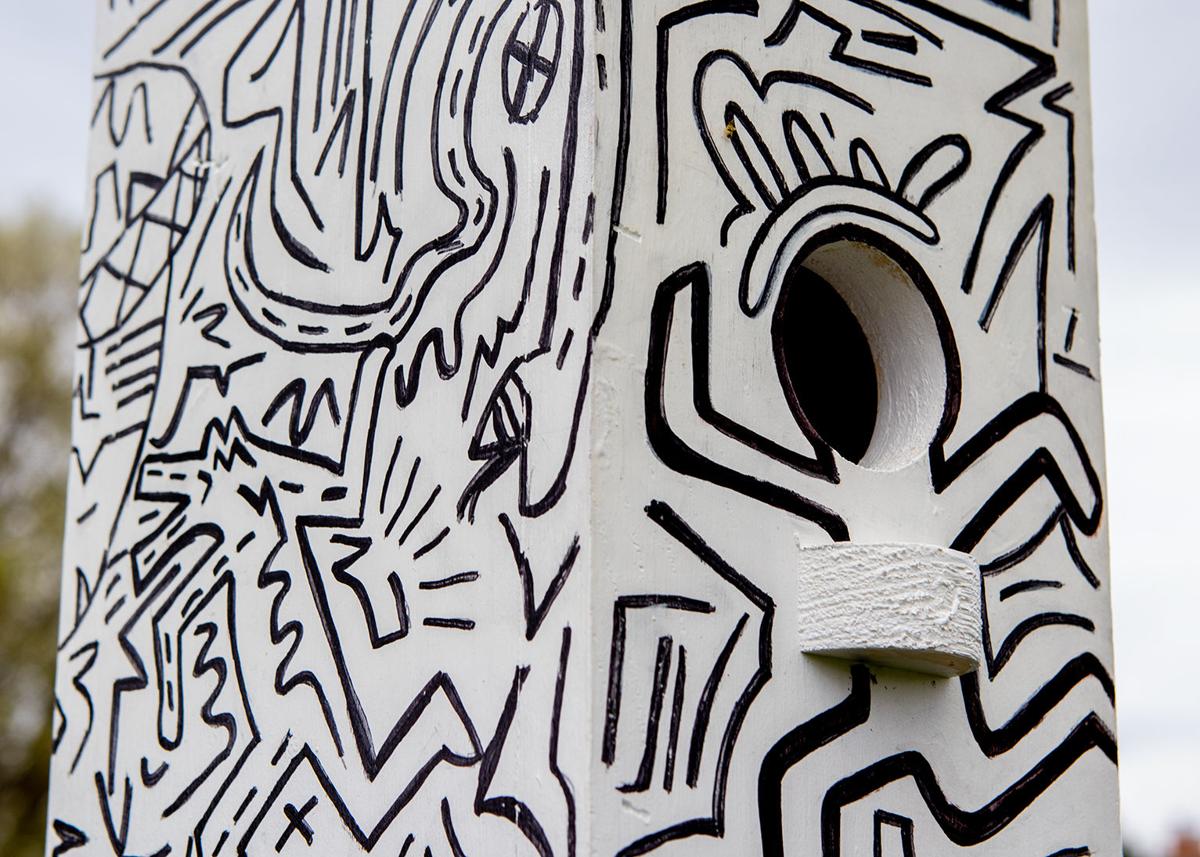 Manteno High School art student Brandon Anderson created one of 15 birdhouses on display at The Square on Second in Manteno. Anderson’s house is based on a 1982 untitled drawing by contemporary American artist Keith Haring.

Students in Casey Meier’s upper-level art classes painted birdhouses, which boast attractiveness and functionality, and are now on display at The Square on Second until the end of summer.

The village is putting in great effort to beautify the park, Meier said, and she wanted her and her students to assist in their own way by donating functional, purposeful art.

Fifteen birdhouses, including one painted by Meier herself, line the fence at The Square on Second. Each house’s design was inspired by one professional painting of a student’s choosing.

Tia Presto, a junior at Manteno, was inspired by “The Great Wave off Kanagawa,” created by Japanese artist Katsushika Hokusai around the 1830s.

As she completed the assignment, Presto learned the difficulty of converting a flat woodblock print into a design using acrylic paints on a three-dimensional canvas, plus a greater understanding of the similarities and differences between two art mediums.

She stated her house took about five hours of painting.

Though Presto never painted a birdhouse before, and probably won’t do so again, she said Meier’s project shows the importance of not giving up and going outside of one’s comfort zone.

Brandon Anderson, another student in Meier’s class, agreed with Presto.

“It taught me patience and the satisfaction of completing a project that took a long time to finish,” said the senior.

Along with providing a lesson in patience, the project gave some students a history lesson.

Anderson said he learned about his chosen artist’s personal life and societal issues surrounding the U.S. during the high point of the artist’s career.

He based his birdhouse on a 1982 untitled drawing by contemporary American artist Keith Haring, which was recently on display at The Museum of Modern Art in Manhattan, New York.

“I chose the Haring piece to recreate so I could put myself in his position and experience what he was creating.”

Ultimately, both Anderson and Presto agreed that painting birdhouses is just one of several ways they have and will continue to challenge themselves.

Art isn’t always easy, Presto realized, and even if you’re not great at something yet, that doesn’t mean you should quit.