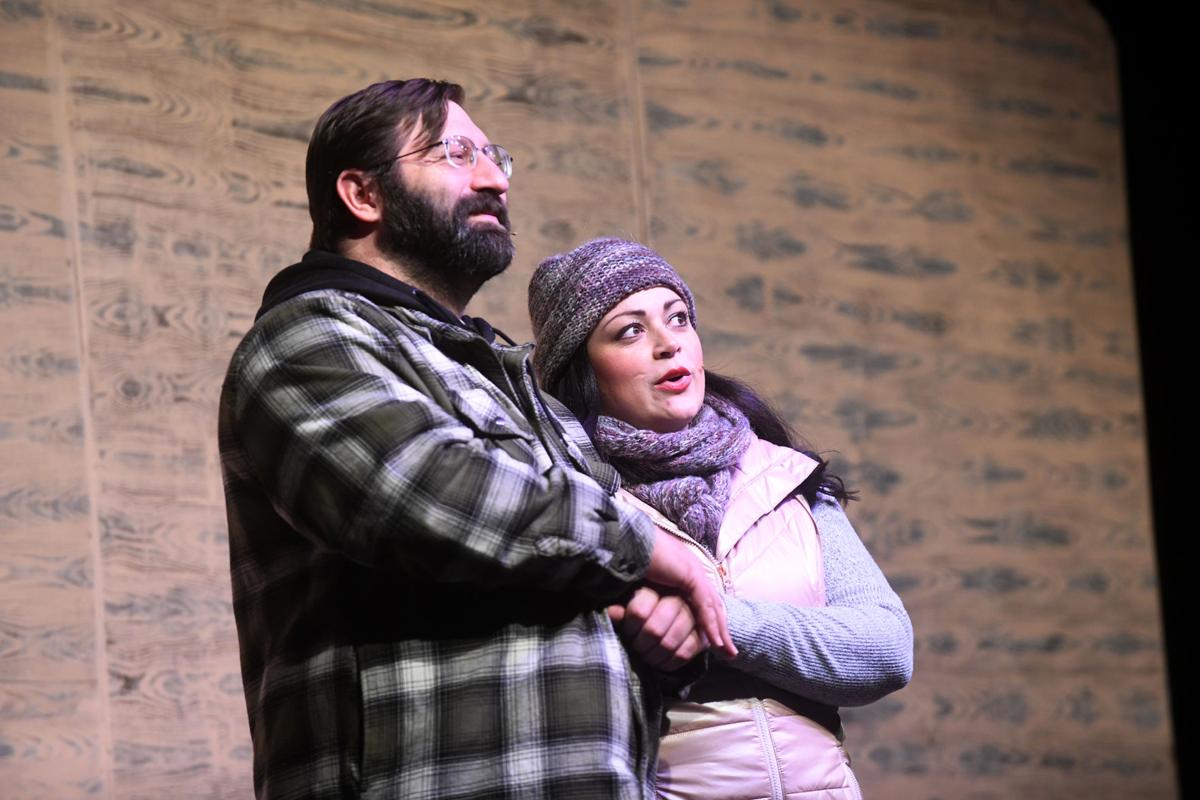 Deena Cassady, right, as Marci, and Paul Snyder, as Phil, perform a scene during a dress rehearsal of the Kankakee Valley Theatre Association’s production of “Almost, Maine.” 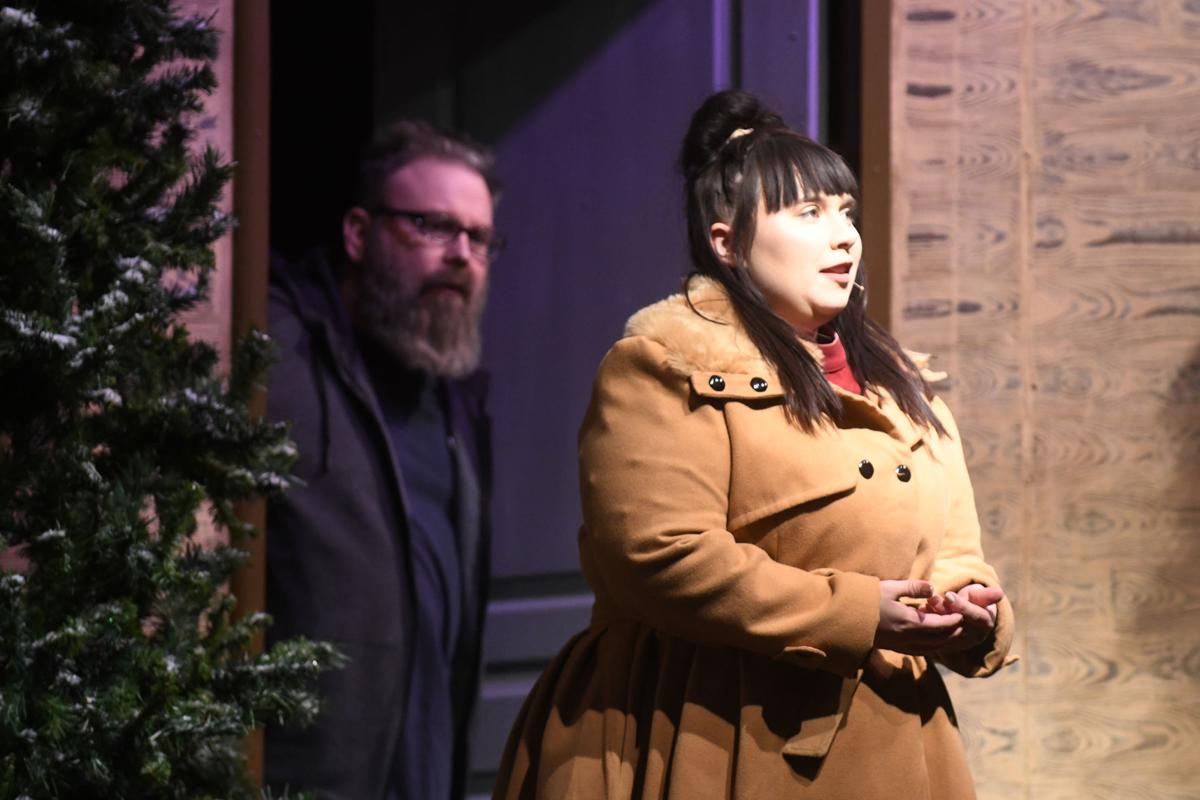 Becky Routson, right, as Hope, and Robert Bishir, as Man, perform a scene during a dress rehearsal of the Kankakee Valley Theatre Association’s production of Almost Maine. 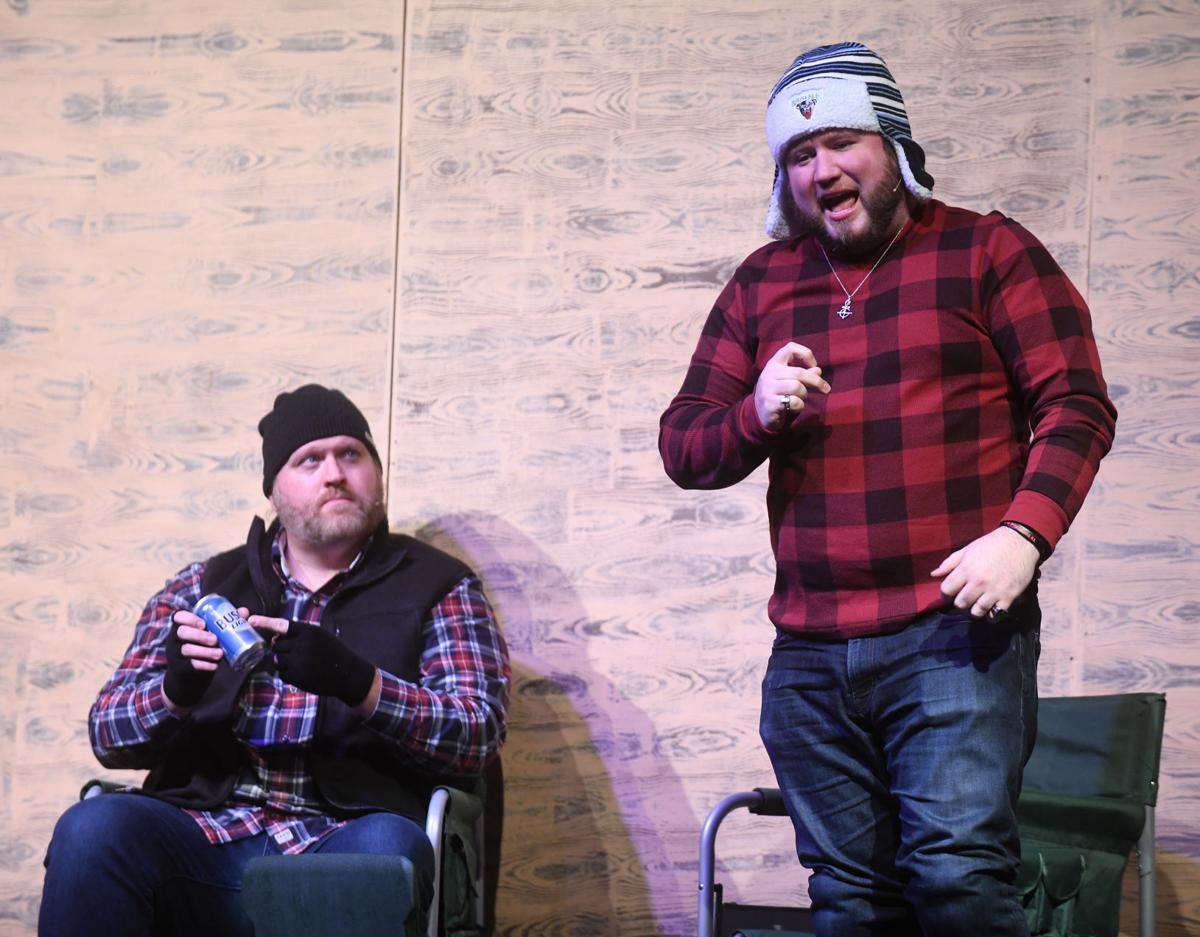 Kyle Cassady, right, as Chad, and Andrew Stephens, as Randy, perform a scene during a dress rehearsal of the Kankakee Valley Theatre Association's production of Almost Maine.

Deena Cassady, right, as Marci, and Paul Snyder, as Phil, perform a scene during a dress rehearsal of the Kankakee Valley Theatre Association’s production of “Almost, Maine.”

Becky Routson, right, as Hope, and Robert Bishir, as Man, perform a scene during a dress rehearsal of the Kankakee Valley Theatre Association’s production of Almost Maine.

Kyle Cassady, right, as Chad, and Andrew Stephens, as Randy, perform a scene during a dress rehearsal of the Kankakee Valley Theatre Association's production of Almost Maine.

The Kankakee Valley Theatre Association’s productions always aim to please — both their audiences and their actors.

The longstanding local theater company does just that with the quirky play “Almost, Maine,” which will be presented over each of the next two weekends at its studio at 1 Stuart Drive in Kankakee.

“It’s a very clever script,” said Kyle Cassady, who plays Chad in one of the scenes. “It’s about everyday occurrences that may go unnoticed in a fun way and really make you think. A lot of plays can hit you over the head, but this is a lot harder but still has a message that everyone can enjoy.”

“Almost, Maine,” written by John Cariani, is a play that is comprised of nine short acts that explore loss and love.

“They all take place in the same town [Almost, Maine] at the same time,” said local director Josh Hedding-Hess. “… Each scene is its own plot. Some people are falling in love, and some people are discovering love.”

Each of the nine “scenes” lasts about 10 to 15 minutes. The entire show is approximately one hour and 45 minutes, including a 15-minute intermission. They’re mostly comedies.

“There are a couple scenes that are a little argumentative, but there’s some funny lines,” Hedding-Hess said. “So none of them are super serious, but there are a few serious moments. From an actor’s perspective, each character gets to shine. No one is really the lead.

“… It’s a really well-written show. Even though each scene isn’t connected, there’s still a little cohesive thing about it. Each scene has its own storyline, so that makes it kind of unique.”

Becky Routson, of Bradley, plays Hope in one of the scenes.

“I love the content,” Routson said. “I love the subject matter. It’s kind of exploring love, which is a complex subject. I think it’s something everyone can relate to in some way.”

She said playing Hope presented a challenge for her personally.

“The place that Hope is at in the play is very different from where I’m at,” Routson said. “Some of the choices she’s made has led her to where she’s at in the scene. I’m recently married. Hope is not married, so there’s a lot of different things happening there that as a newlywed … it’s really challenging.”

Routson said the audience will enjoy how the play explores love and one can listen to other people’s stories.

“It’s very humanizing,” she said. “It’s also a just a really different kind of show. It’s unique. Each scene is its own individual story, so you’re getting to see so many different people’s lives unfold. I think it’s a real cool concept.”

In all there are 19 actors in “Almost, Maine,” a show Cassady, 33, of Bourbonnais, has been wanting to do since he was a student at Western Illinois University. Each time he auditioned for the show, he landed a part in a musical at the same time instead.

“I think this town is very blessed to have the talent here, and I really hope people come out to see it,” he said. “They’re really going to like the show because it’s so structured with different scenes. If you don’t like one scene, there’s eight more so you’re bound to like one of them.”

Hedding-Hess said the play is also in tune with what many can relate to with the upcoming Valentine’s Day.

“There’s at least one scene that everyone can say, ‘Oh, I’ve been through that,’ or ‘I can relate to that happening in my life,’” he said. “I think that relates to the audience really well.”