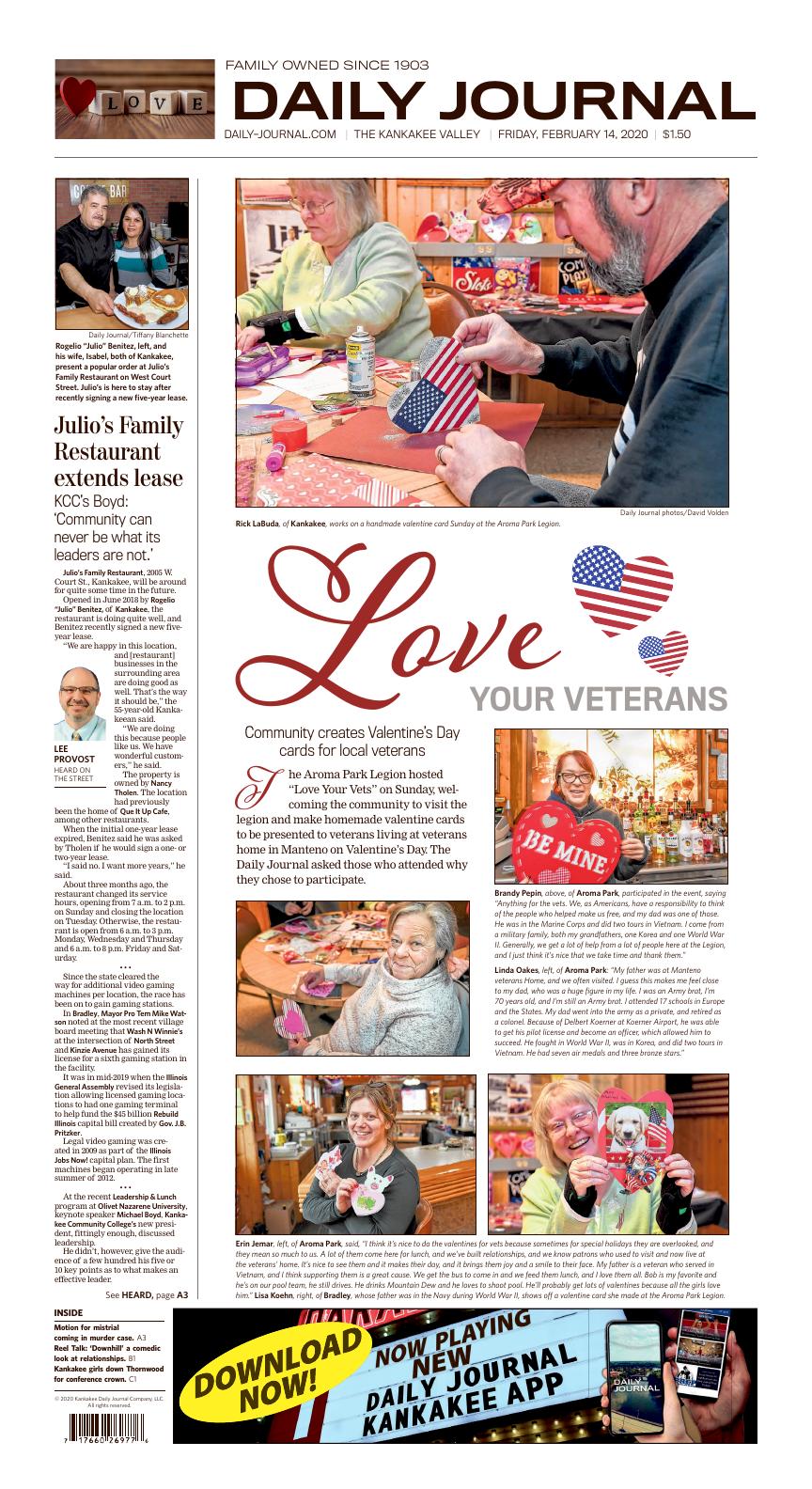 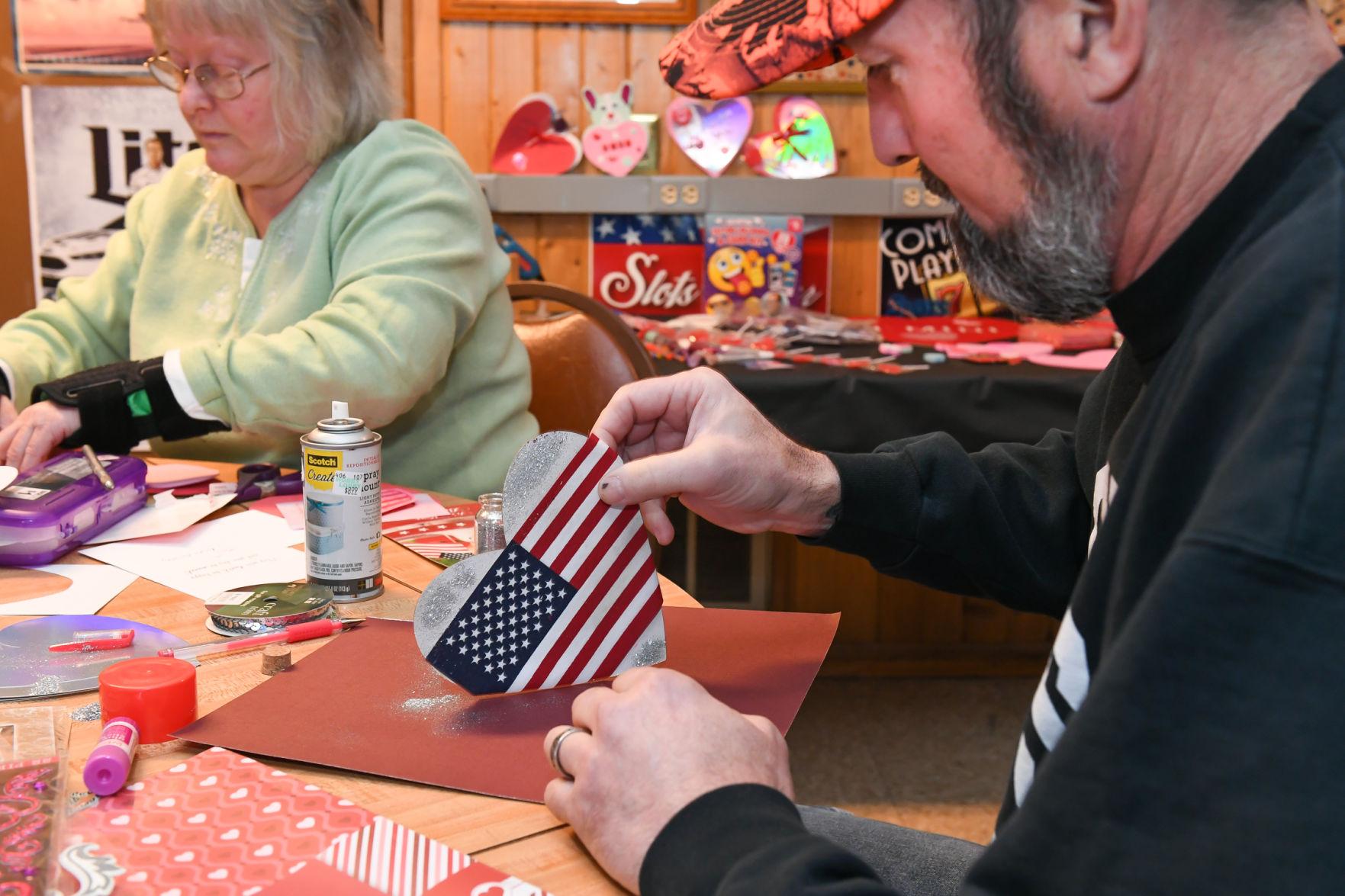 Rick LaBuda, of Kankakee, works on a handmade valentine card Sunday at the Aroma Park Legion. 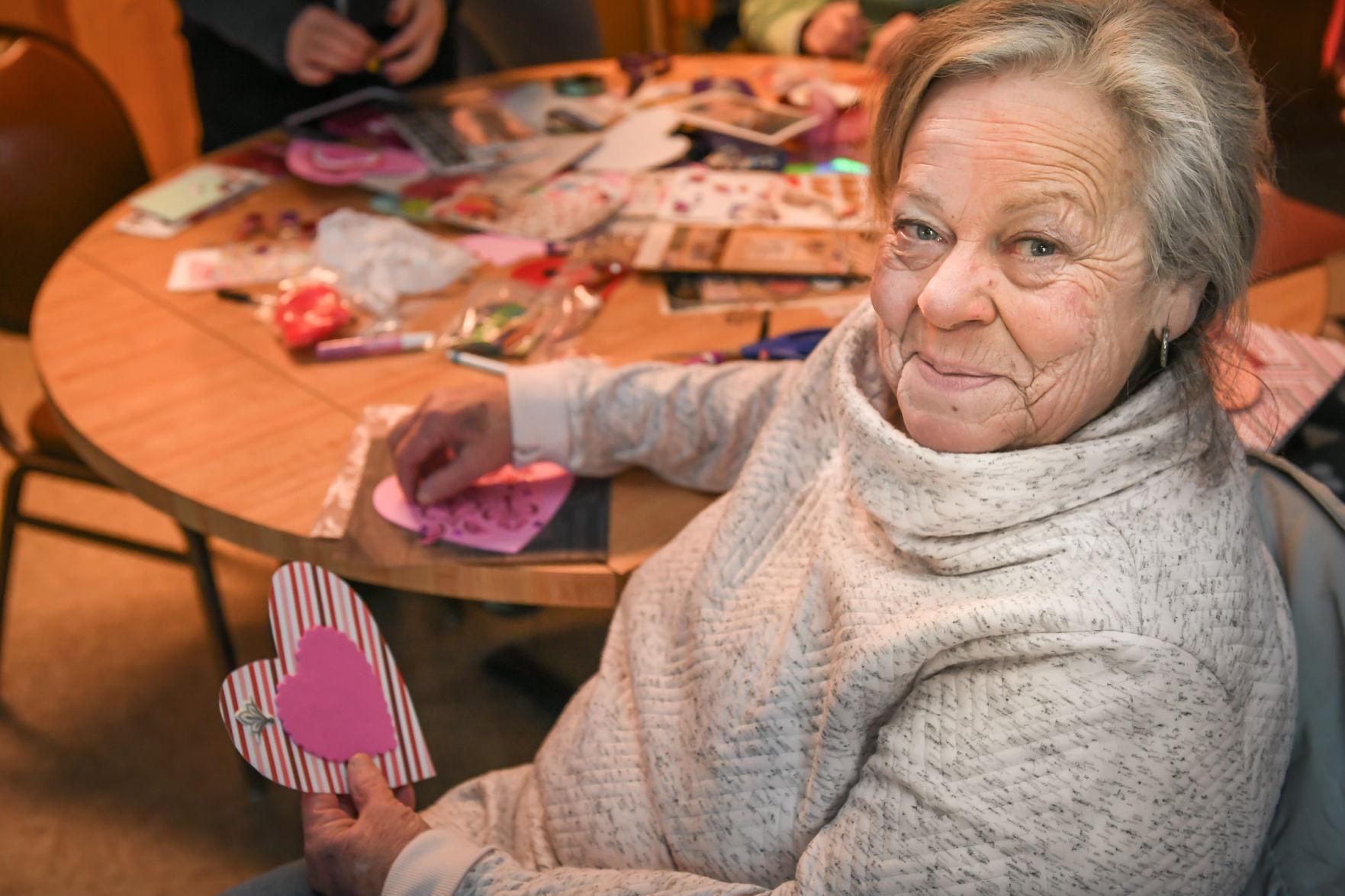 Linda Oakes, of Aroma Park: “My father was at Manteno veterans Home, and we often visited. I guess this makes me feel close to my Dad, who was a huge figure in my life. I was an Army brat, I’m 70 years old and I’m still an Army brat. I attended 17 schools in Europe and the States. My Dad went into the army as a private, and retired as a colonel. Because of Delbert Koerner at Koerner Airport, he was able to get his pilot license and become an officer, which allowed him to succeed. He fought in World War II, was in Korea, and did two tours in Vietnam. He had seven air medals and three bronze stars.” 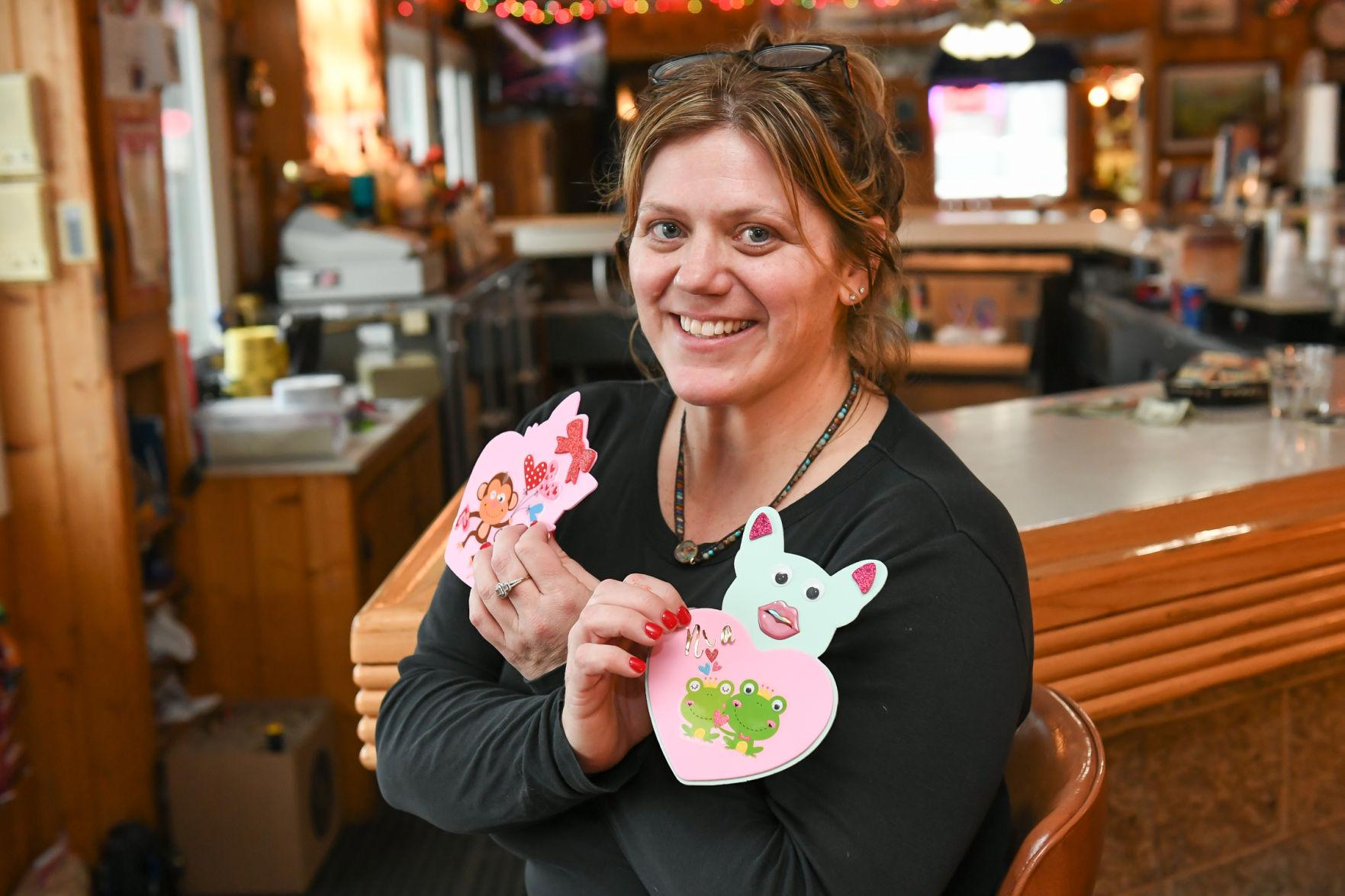 Erin Jemar, of Aroma Park: “I think it’s nice to do the Valentines for vets because sometimes for special holidays they are overlooked and they mean so much to us. A lot of them come here for lunch and we’ve built relationships, and we know patrons who used to visit and now live at the veterans’ home. It’s nice to see them and it makes their day, and it brings them joy and a smile to their face. My father is a veteran who served in Vietnam, and I think supporting them is a great cause. We get the bus to come in and we feed them lunch, and I love them all. Bob is my favorite and he’s on our pool team, he still drives. He drinks Mountain Dew and he loves to shoot pool. He’ll probably get lots of Valentines because all the girls love him.” 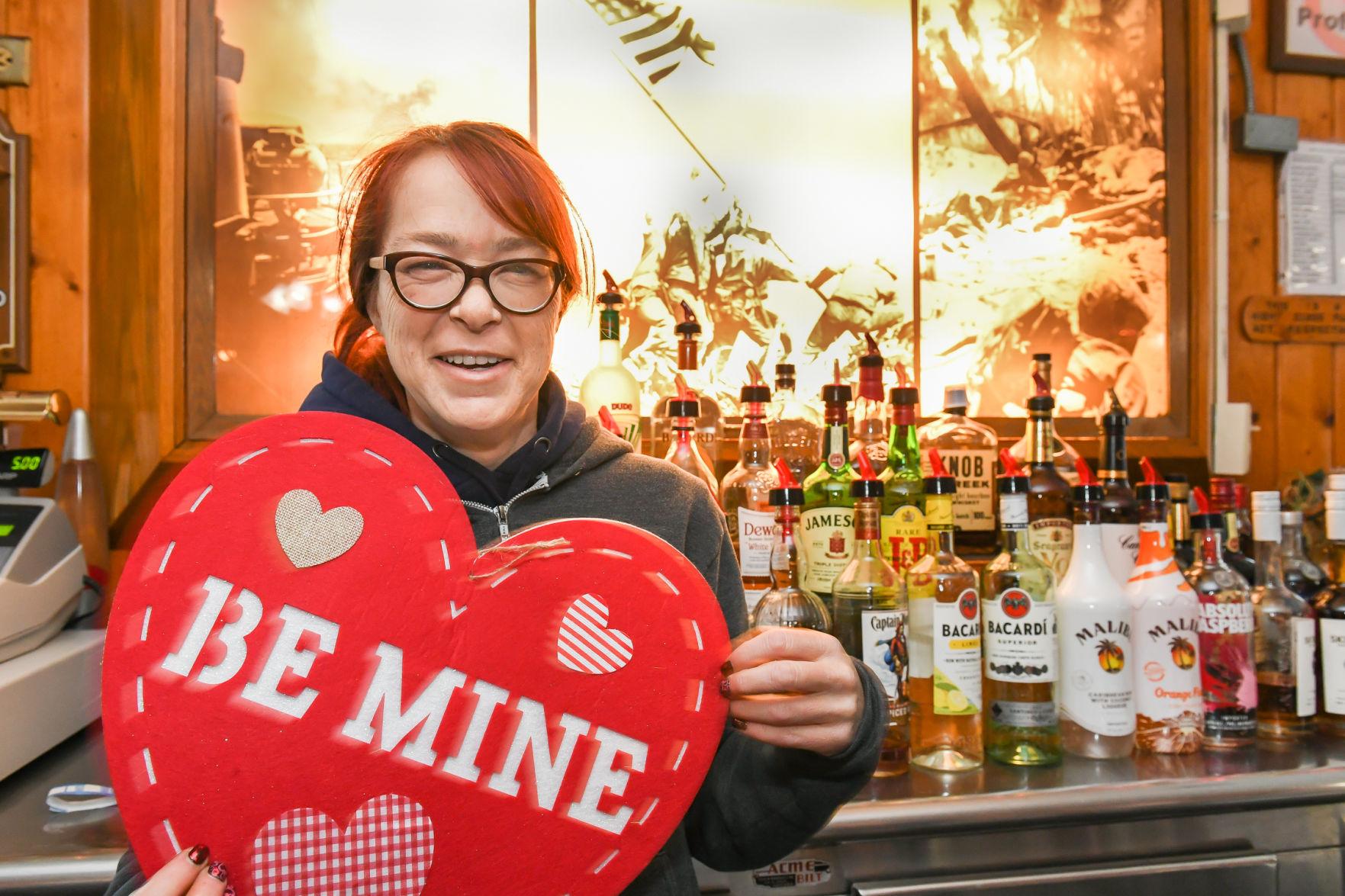 Brandy Pepin of Aroma Park: “Anything for the vets. We, as Americans, have a responsibility to think of the people who helped make us free, and my dad was one of those. He was in the Marine Corps and did two tours in Vietnam. I come from a military family, both my grandfathers, one Korea and one World War II. Generally, we get a lot of help from a lot of people here at the Legion, and I just think it’s nice that we take time and thank them.” 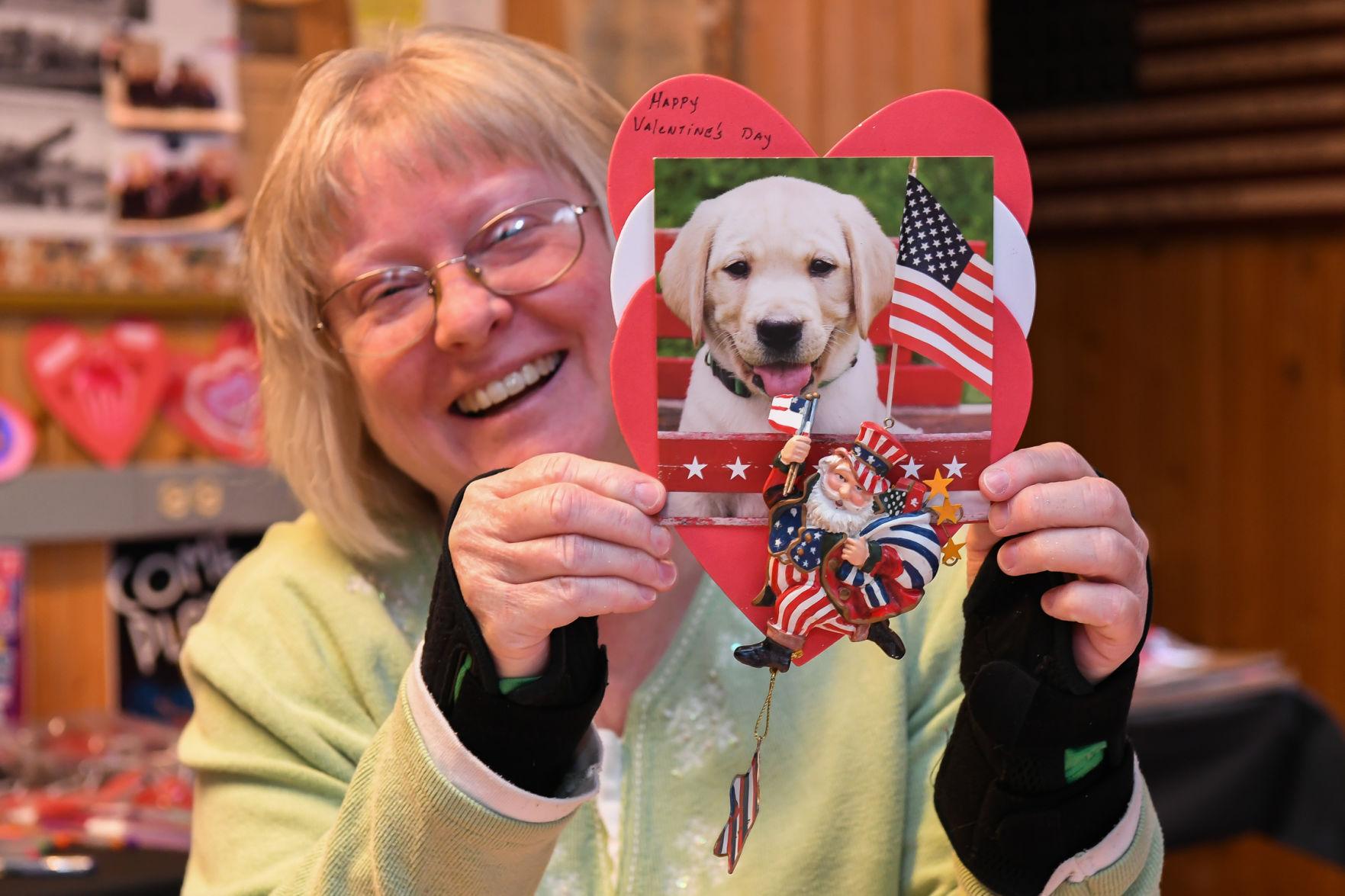 Lisa Koehn, of Bradley, whose father was in the Navy during World War II, shows off a Valentine card she made at the Aroma Park Legion.

Rogelio “Julio” Benitez, left, and his wife, Isabel, both of Kankakee, stand outside Julio’s Family Restaurant on West Court Street. Julio’s is here to stay after recently signing a new five-year lease.

Julio’s Family Restaurant, 2005 W. Court St., Kankakee, will be around for quite some time in the future.

Opened in June 2018 by Rogelio “Julio” Benitez, of Kankakee, the restaurant is doing quite well, and Benitez recently signed a new five-year lease.

“We are happy in this location, and [restaurant] businesses in the surrounding area are doing good as well. That’s the way it should be,” the 55-year-old Kankakeean said.

“We are doing this because people like us. We have wonderful customers,” he said.

The property is owned by Nancy Tholen. The location had previously been the home of Que It Up Cafe, among other restaurants.

When the initial one-year lease expired, Benitez said he was asked by Tholen if he would sign a one- or two-year lease.

About three months ago, the restaurant changed its service hours, opening from 7 a.m. to 2 p.m. on Sunday and closing the location on Tuesday. Otherwise, the restaurant is open from 6 a.m. to 3 p.m. Monday, Wednesday and Thursday and 6 a.m. to 8 p.m. Friday and Saturday.

Since the state cleared the way for additional video gaming machines per location, the race has been on to gain gaming stations.

In Bradley, Mayor Pro Tem Mike Watson noted at the most recent village board meeting that Wash N Winnie’s at the intersection of North Street and Kinzie Avenue has gained its license for a sixth gaming station in the facility.

It was in mid-2019 when the Illinois General Assembly revised its legislation allowing licensed gaming locations to had one gaming terminal to help fund the $45 billion Rebuild Illinois capital bill created by Gov. J.B. Pritzker.

Legal video gaming was created in 2009 as part of the Illinois Jobs Now! capital plan. The first machines began operating in late summer of 2012.

He didn’t, however, give the audience of a few hundred his five or 10 key points as to what makes an effective leader.

Rather than a person or a few people leading the region to hopefully brighter days, Boyd noted that is exactly the wrong course.

“There are the kind of events we need to do,” Boyd said regarding the luncheon. “... if we hope to build regional consensus which drive progress. The fact that you are in the room today speaks highly of the momentum we are seeing in this region we all serve.

A member of the KCC staff since 2014, where he joined the staff as vice president of instruction and student success, Boyd said everyone can become better leaders, more effective leaders, better people in general if we also think about themselves as philosophers.

“Do you have a philosophy?” he asked. “Can you articulate, with clarity and in a way that those who follow you can understand an underlying principal which guides your actions, drives your behaviors, and informs your decisions?”

And looking within at KCC, Boyd said despite advances which have been made to the school within the past few years, the original portion is aging and in need of attention.

Those first buildings, he said, are showing their age.

“Our classrooms must reflect the working environments of Kankakee’s tomorrow, not those of 50 years ago.” 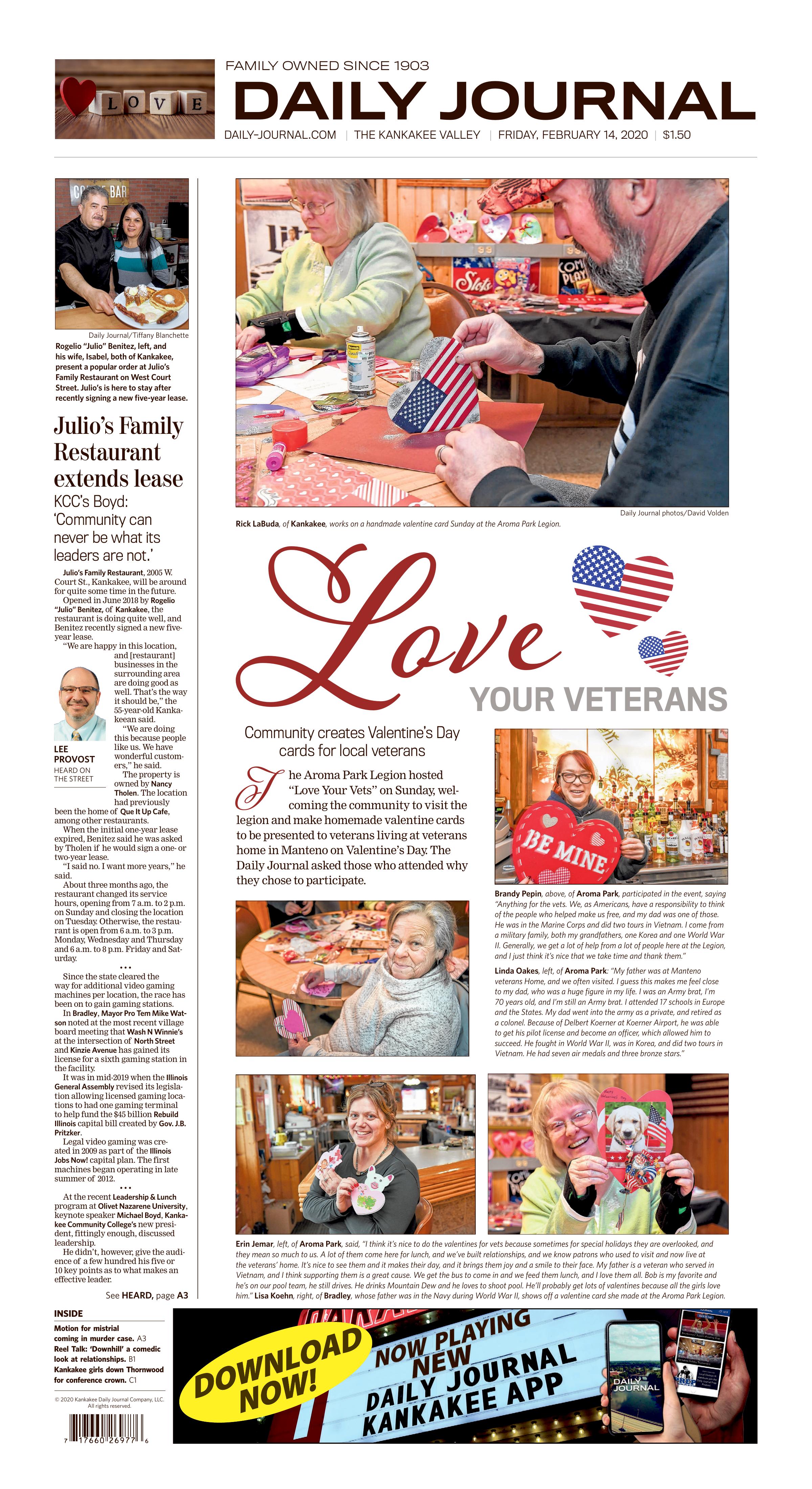