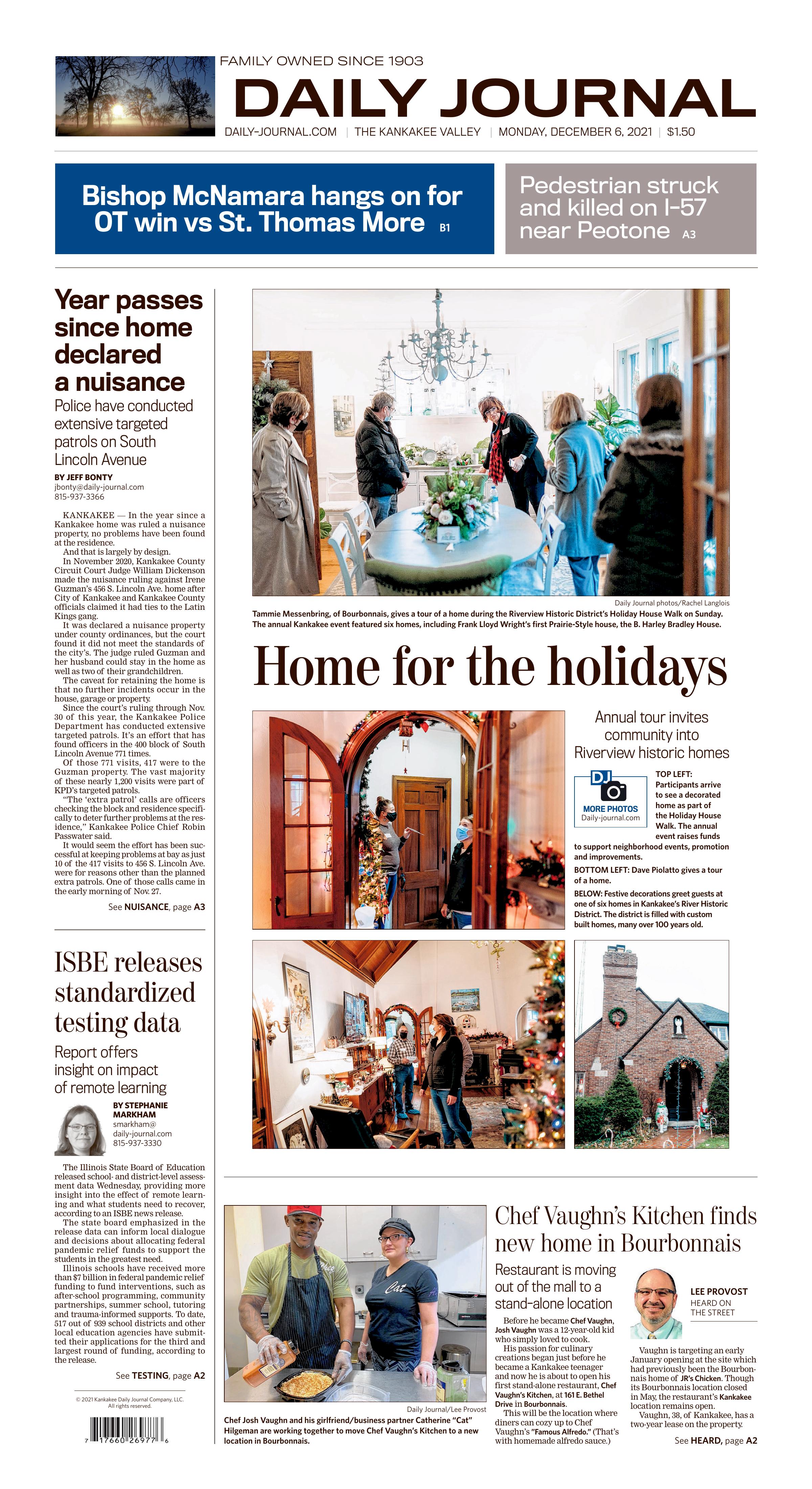 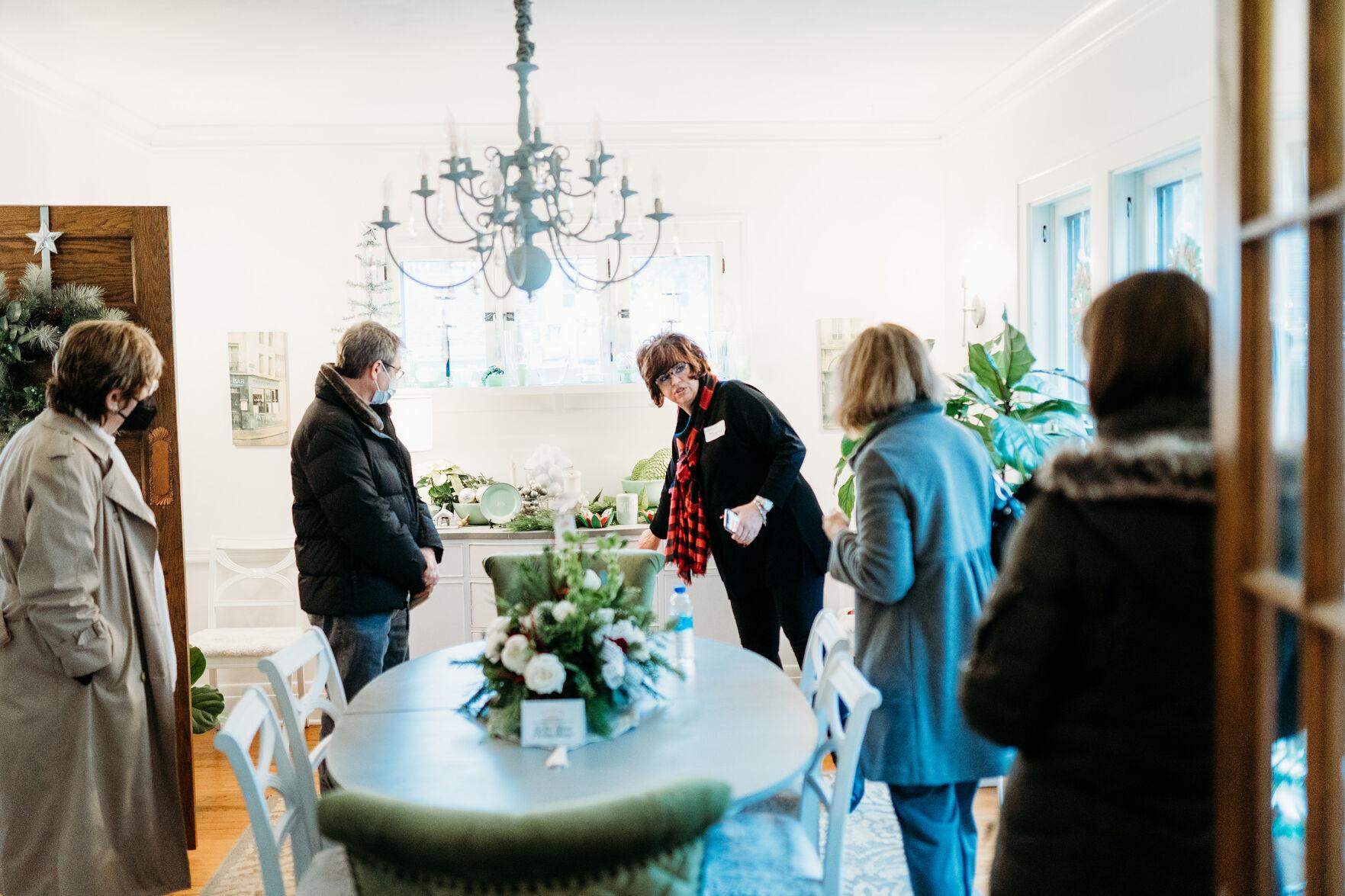 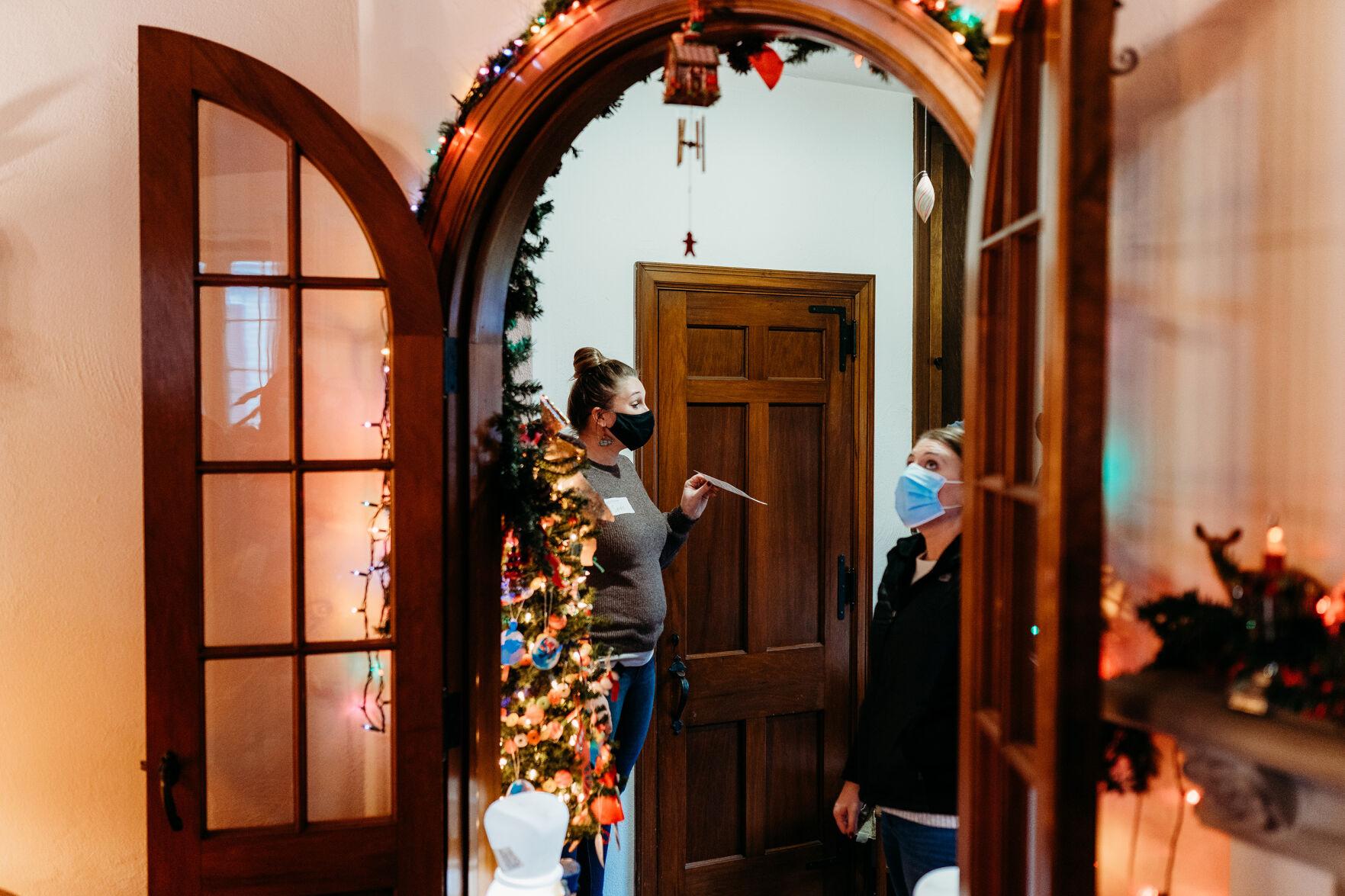 Participants arrive to see a decorated home as part of the Holiday House Walk. The annual event raises funds to support neighborhood events, promotion and improvements. 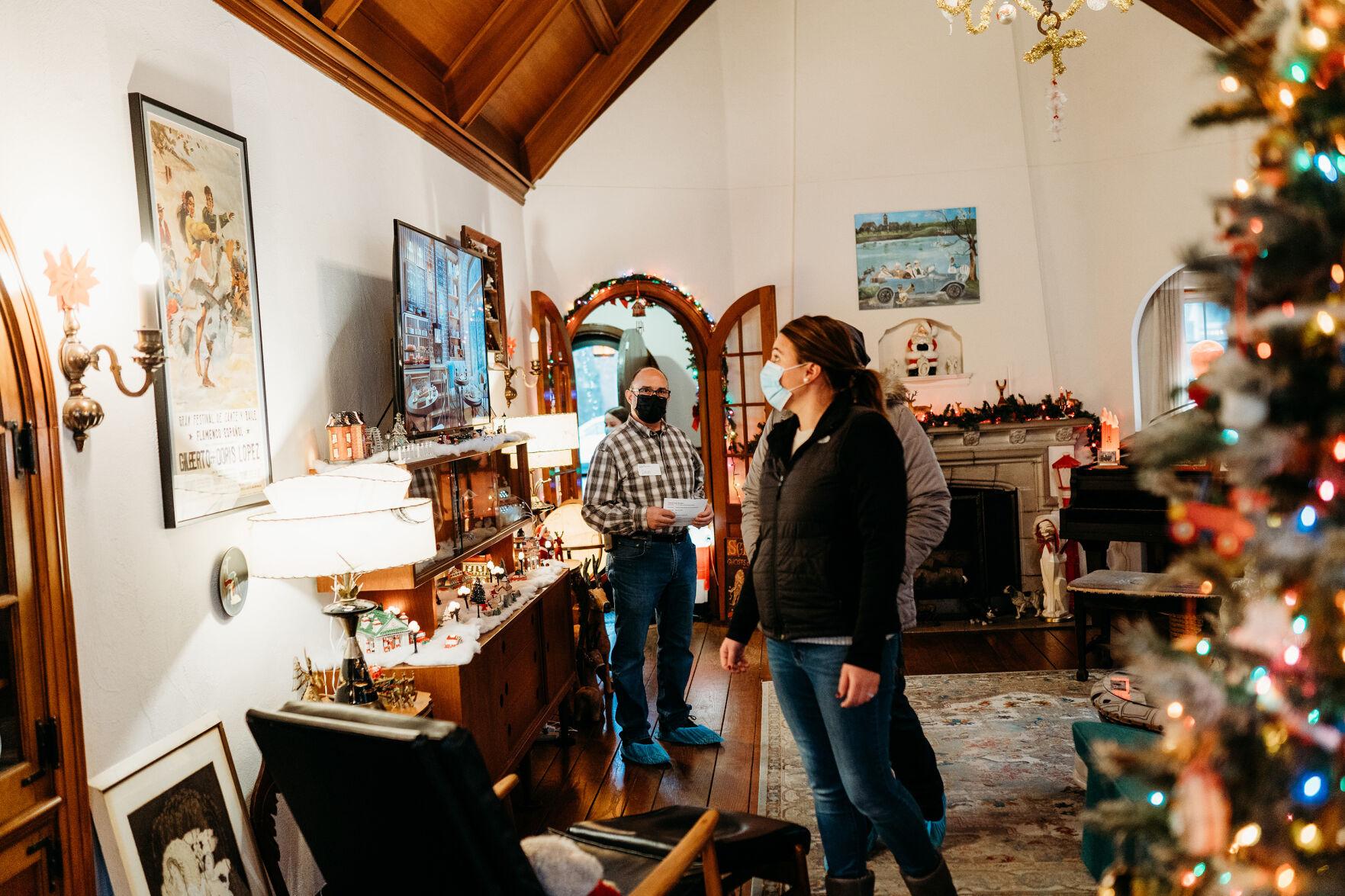 Dave Piolatto gives a tour of a home.

A home in the 400 block of South Lincoln Avenue in Kankakee has been under scrutiny in the courts. It was declared a nuisance property in November 2020.

Editor's note: This story has been updated to correct the number of incidents in the 400 block of South Lincoln Avenue and 456 S. Lincoln Ave. since Nov. 30, 2020 as reported by Kankakee Police Department.

KANKAKEE — In the year since a Kankakee home was ruled a nuisance property, no problems have been found at the residence.

And that is largely by design.

It was declared a nuisance property under county ordinances, but the court found it did not meet the standards of the city’s. The judge ruled Guzman and her husband could stay in the home as well as two of their grandchildren.

The caveat for retaining the home is that no further incidents occur in the house, garage or property.

Since the court’s ruling through Nov. 30 of this year, the Kankakee Police Department has conducted extensive targeted patrols. It’s an effort that has found officers in the 400 block of South Lincoln Avenue 709 times.

It would seem the effort has been successful at keeping problems at bay as just 10 of the visits to 456 S. Lincoln Ave. since last November were for reasons other than the planned extra patrols. One of those calls came in the early morning of Nov. 27.

At 5:09 a.m., officers were dispatched to the home for a report of shots fired.

Anonymous persons reported they heard one shot, Passwater said. Nothing was located, and there was no further information. The remaining nine calls were innocuous — business check, escort request, etc.

“I’m not sure whether it automatically expires or whether the court would have to enter an order expiring it; the issues that led to the violation may ultimately lead to an extension as well,” Kankakee County State’s Attorney Jim Rowe said.

Rowe is referring to the judge’s ruling that no other people are allowed on the property. More specifically, the judge ruled that no gang members can live or visit the house for one year.

“That’s something we’ll need to determine when the case is next in court,” Rowe said.

Also to be heard that day is the matter of Guzman’s contempt charge.

Dickenson’s ruling in November 2020 included Guzman paying a $5,000 bond. That bond was not paid until last April, resulting in Dickenson holding her in contempt and sentencing her to 15 days in Kankakee County jail.

She has yet to serve the sentence and is appealing to have the case dismissed. The contempt case was up for a hearing on Thursday.

Guzman was unable to attend the hearing. Her attorney, Eric Davis, said she was in quarantine after recently being out of the country.

Desks sit empty in a preschool classroom at St. George Elementary School. Now, the state is using testing data to dig into the impact of remote learning on students’ achievement.

The Illinois State Board of Education released school- and district-level assessment data Wednesday, providing more insight into the effect of remote learning and what students need to recover, according to an ISBE news release.

The state board emphasized the release data can inform local dialogue and decisions about allocating federal pandemic relief funds to support the students in the greatest need.

Illinois schools have received more than $7 billion in federal pandemic relief funding to fund interventions, such as after-school programming, community partnerships, summer school, tutoring and trauma-informed supports. To date, 517 out of 939 school districts and other local education agencies have submitted their applications for the third and largest round of funding, according to the release.

ISBE offered all school districts the option to give last year’s federally required assessments either during an extended window in spring 2021 or in fall 2021 because of the pandemic and flexibilities allowed by the U.S. Department of Education, according to the release.

Illinois schools saw a rise in chronic absenteeism, a decline in enrollment and a steady graduation rate in the 2020-21 school year, according to the latest school report card data released Friday.

After discussing and revisiting the issue of masks multiple times this school year, the St. Anne Grade School Board of Education voted 5-0 Monday to go back to masks optional.

Kankakee Trinity Academy recently sifted through more status changes with the Illinois State Board of Education before landing back to “on probation” as of Nov. 19.

It’s that time of year again when school boards pass preliminary tax levies ahead of approving the final figures in December, representing how much funding local schools will be requesting from property taxes for the next school year.

A look at how Iroquois County schools faired in the 2020-21 school year.

Here’s a look at Illinois Assessment of Readiness and SAT testing outcomes in English Language Arts and Mathematics for Kankakee County school districts. 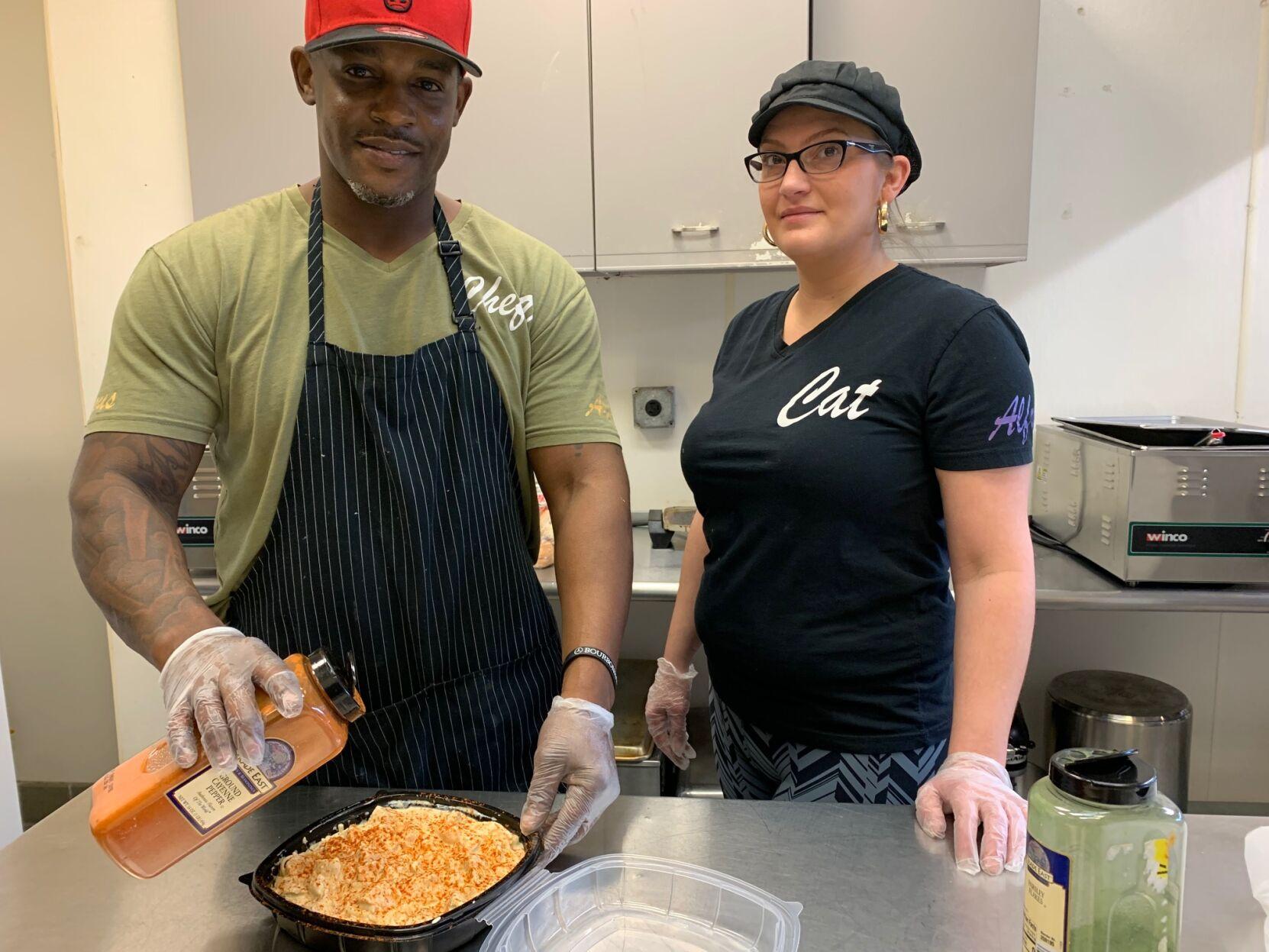 Chef Josh Vaughn and his girlfriend/business partner Catherine “Cat” Hilgeman are working together to move Chef Vaughn’s Kitchen to a new location in Bourbonnais.

Before he became Chef Vaughn, Josh Vaughn was a 12-year-old kid who simply loved to cook.

His passion for culinary creations began just before he became a Kankakee teenager and now he is about to open his first stand-alone restaurant, Chef Vaughn’s Kitchen, at 161 E. Bethel Drive in Bourbonnais.

This will be the location where diners can cozy up to Chef Vaughn’s ”Famous Alfredo.” (That’s with homemade alfredo sauce.)

Vaughn is targeting an early January opening at the site which had previously been the Bourbonnais home of JR’s Chicken. Though its Bourbonnais location closed in May, the restaurant’s Kankakee location remains open.

Vaughn, 38, of Kankakee, has a two-year lease on the property.

When he relocates to the Bethel Drive location, he will be closing his restaurant in the Northfield Square mall food court. Vaughn has been operating out of the food court for about two years.

The 2001 graduate of Kankakee High School is trying to control his excitement about moving into what he hopes will the first of many Chef Vaughn’s Kitchen sites.

Vaughn recalled his early days as a cook. While his mother and father worked night shifts, he often found himself in the kitchen cooking. He was making grilled cheese sandwiches or heating up leftovers. He was creating lavish meals or experimenting with concepts of his own.

A former employee of BASF in Kankakee, he said he simply couldn’t see himself working in a manufacturing role when he had such love for cooking.

He started his business from his home kitchen. As he prepared unique dishes, he shared them with family and friends. People became so impressed with his skills that he was asked if he would prepare meals for their special occasions.

He did. One thing led to another and soon he was becoming a caterer.

A new future was becoming clear to him, and he seized upon an opportunity that presented itself nearly two years ago.

While the Northfield food court became empty, mall management opened itself to anyone looking to establish a restaurant. Chef Vaughn took the chance and opened Chef Vaughn’s Kitchen in February 2019.

His food has been well received at the mall, but there is simply not enough foot traffic to make a restaurant successful, he says. He sought out locations and customers often offered suggestions as well.

The former JR’s site is perfect, he said. There is seating for 24, and in the summertime there is outdoor seating as well.

He and his girlfriend/business partner, Catherine “Cat” Hilgeman, of Chebanse, hope to be open in early January.

“The mall was a great start, but the new location will be a place where we can do more,” she said. “We will be so much busier. This is exciting. We can’t wait.”

The couple plans to expand the menu, but final details have not been fully ironed out. They are considering adding menu options such as some soul food items or a weekend combination of chicken and waffles.

They also expect to be open from 11 a.m. to 10 p.m. Tuesday through Sunday. The location will offer carry-out as well as a delivery service.

The restaurant duo said they can hardly wait for the new year so they can get busy making Chef Vaughn’s Kitchen one of the area’s go-to locations.

“The new place will be more work, but we are going to do it,” Vaughn said. “We are totally optimistic.”

This has been a plan some 27 years in the making when that 12-year-old boy created meals in his mother’s kitchen. 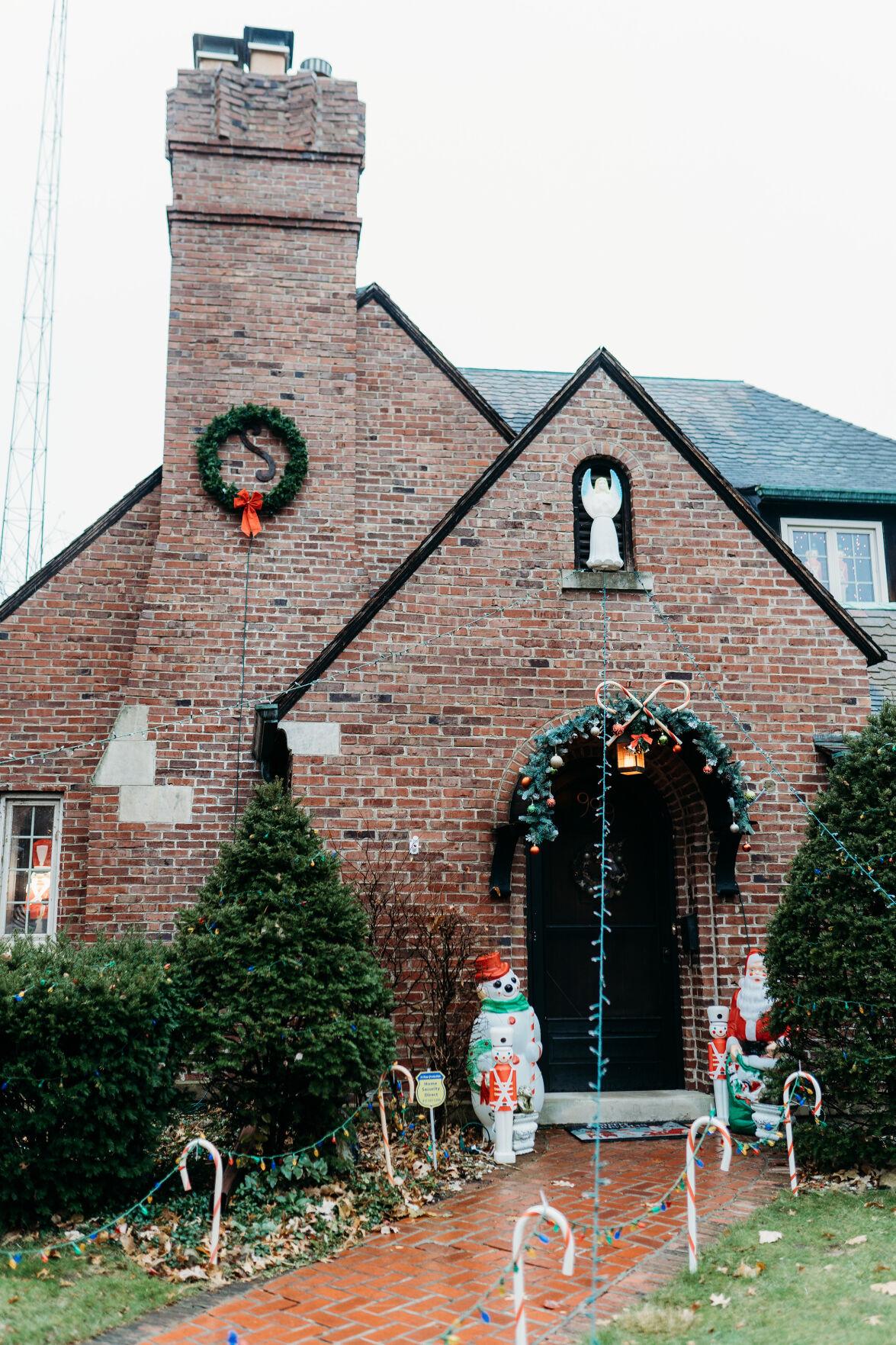 Festive decorations greet guests at one of six homes in Kankakee’s River Historic District. The district is filled with custom built homes, many over 100 years old.