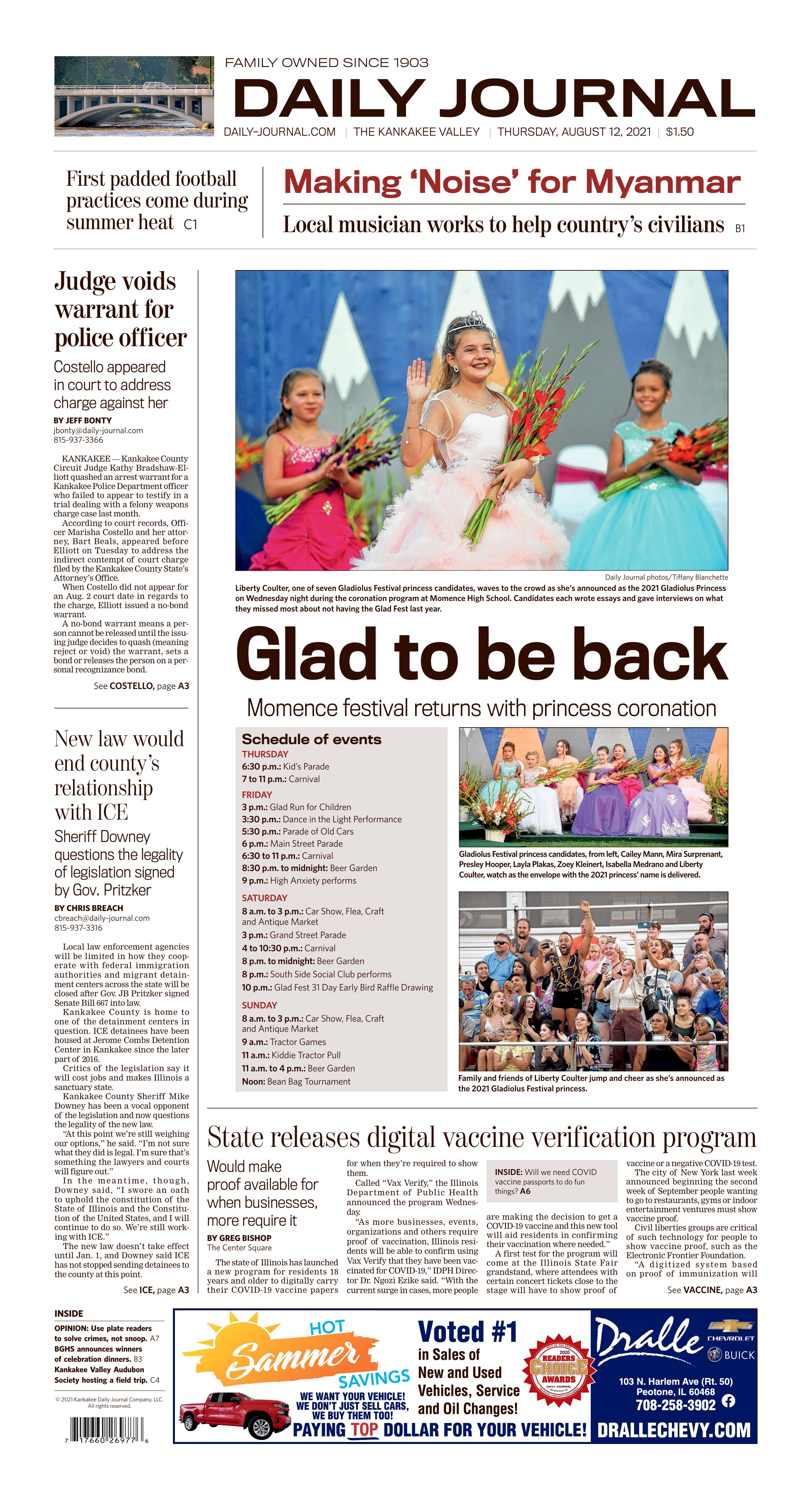 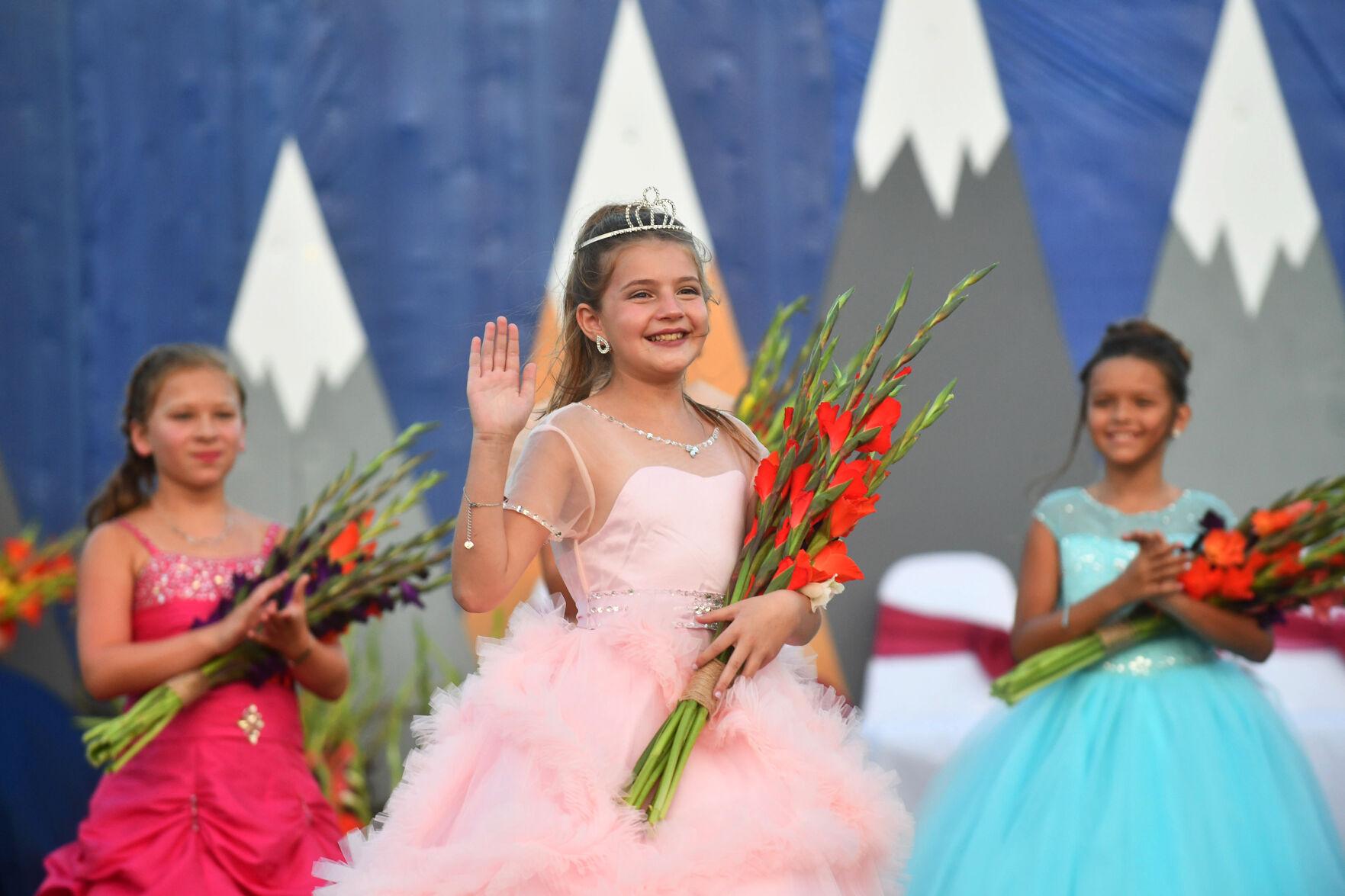 Liberty Coulter, one of seven Gladiolus Festival princess candidates, waves to the crowd as she’s announced as the 2021 Gladiolus Princess on Wednesday night during the coronation program at Momence High School. Candidates each wrote essays and gave interviews on what they missed most about not having the Glad Fest last year.

“As more businesses, events, organizations and others require proof of vaccination, Illinois residents will be able to confirm using Vax Verify that they have been vaccinated for COVID-19,” IDPH Director Dr. Ngozi Ezike said.

The state of Illinois has launched a new program for residents 18 years and older to digitally carry their COVID-19 vaccine papers for when they’re required to show them.

“As more businesses, events, organizations and others require proof of vaccination, Illinois residents will be able to confirm using Vax Verify that they have been vaccinated for COVID-19,” IDPH Director Dr. Ngozi Ezike said. “With the current surge in cases, more people are making the decision to get a COVID-19 vaccine and this new tool will aid residents in confirming their vaccination where needed.”

A first test for the program will come at the Illinois State Fair grandstand, where attendees with certain concert tickets close to the stage will have to show proof of vaccine or a negative COVID-19 test.

Civil liberties groups are critical of such technology for people to show vaccine proof, such as the Electronic Frontier Foundation.

“A digitized system based on proof of immunization will amplify the lack of access,” the EFF said in a blog post. “Resources, especially tax dollars, should be focused on giving people more information about and access to vaccinations, rather than creating a digital fence against those who haven’t been vaccinated yet — and subjecting people who have been vaccinated to new privacy risks.

“Sweeping in smartphone-based products and new privacy concerns would only harm public health efforts to ease the public’s mind,” the group said. “Immunizations and providing proof of immunizations are not new. However, there’s a big difference between utilizing existing systems to adapt to a public health crisis and vendor-driven efforts to deploy new, potentially dangerous technology under the guise of helping us all move past this pandemic.”

For Illinois’ Vax Verify program, users would have to enter personal information to be cross-referenced and verified.

“After the verification process, individuals can see their own record in the Illinois Comprehensive Automated Immunization Registry Exchange [I-CARE],” the news release from IDPH said. 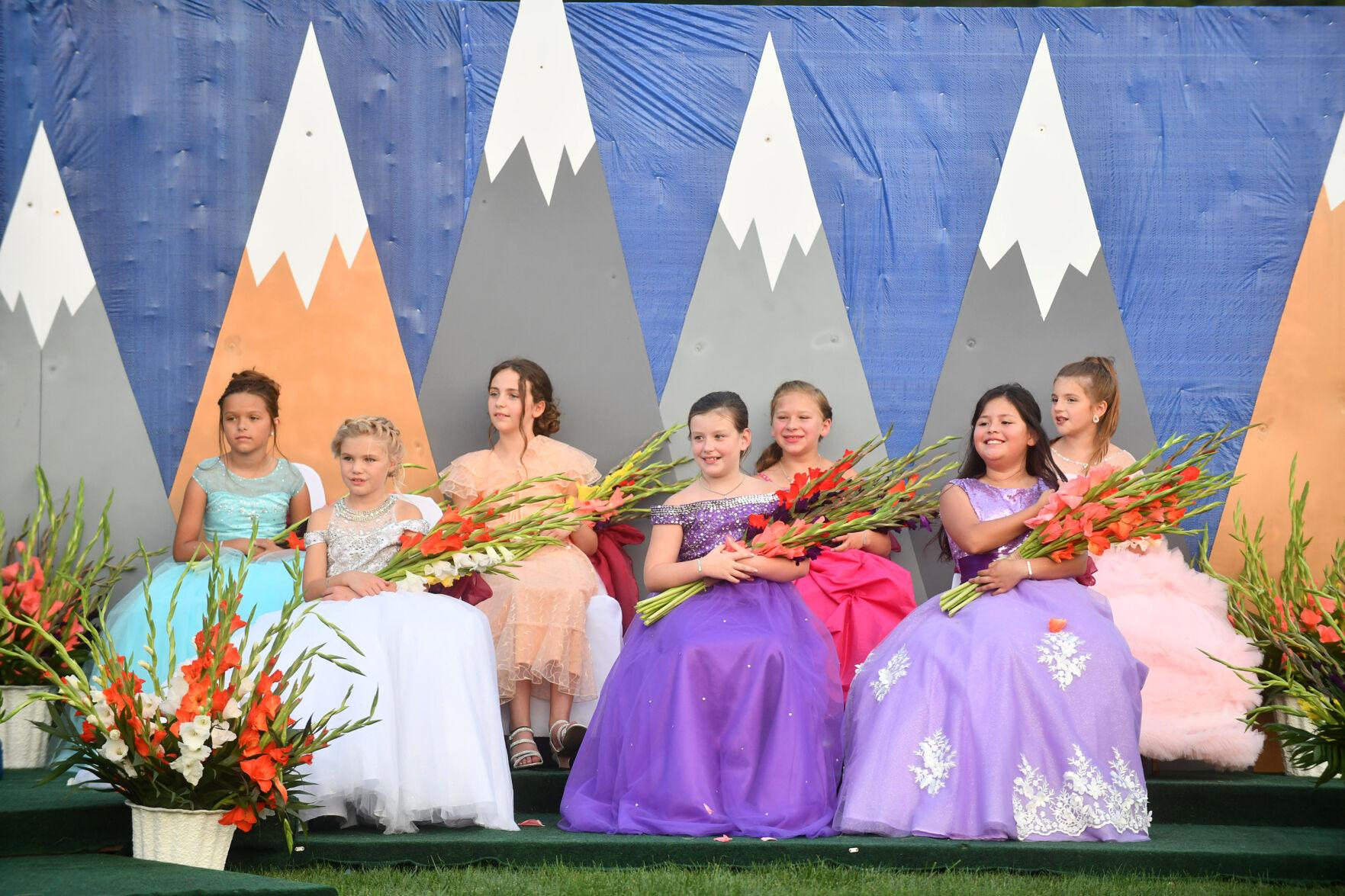 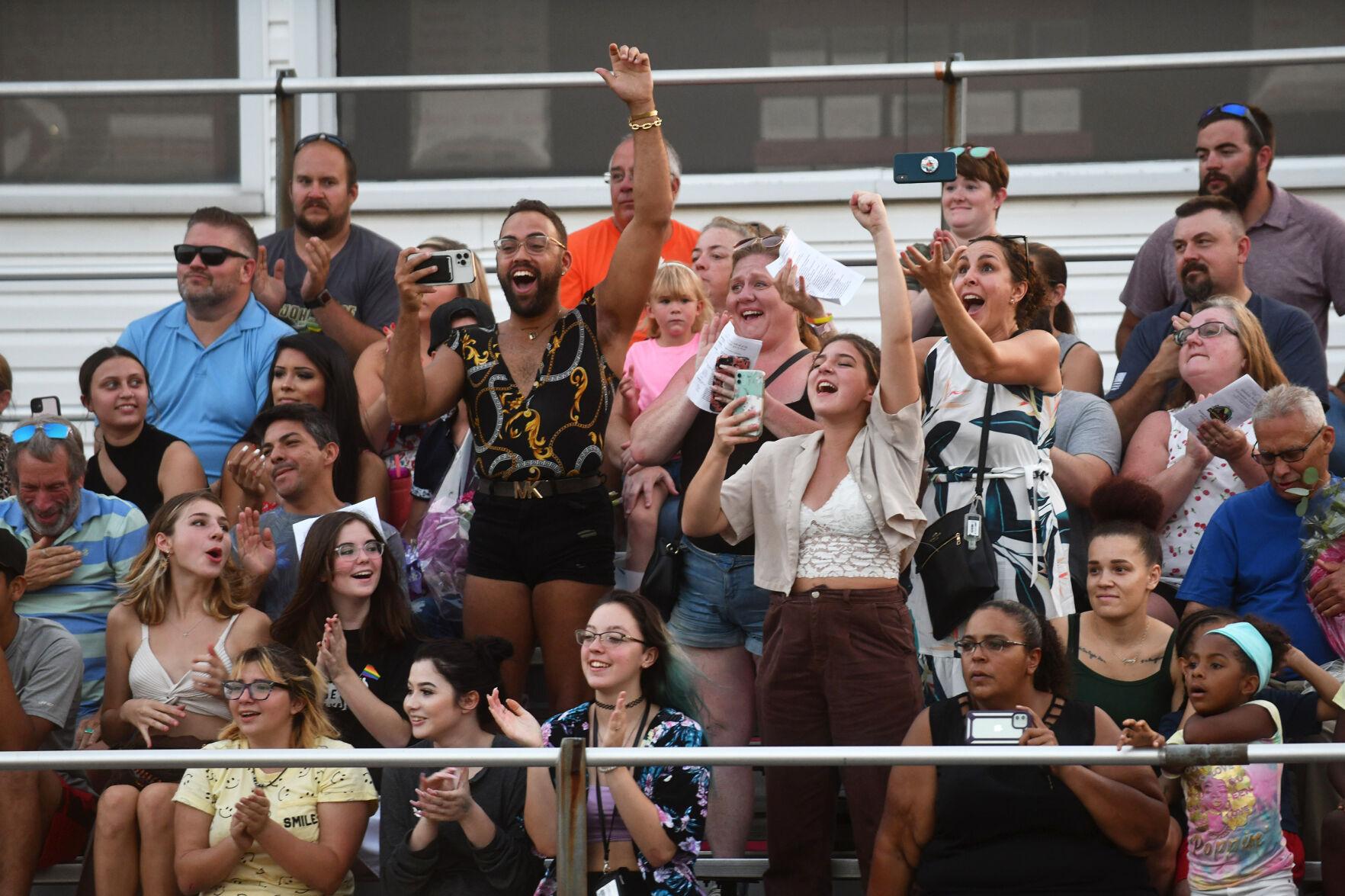 Family and friends of Liberty Coulter jump and cheer as she’s announced the 2021 Gladiolus Festival princess on Wednesday night during the coronation program at Momence High School.

According to court records, Officer Marisha Costello and her attorney, Bart Beals, appeared before Elliott on Tuesday to address the indirect contempt of court charge filed by the Kankakee County State’s Attorney’s Office.

When Costello did not appear for an Aug. 2 court date in regards to the charge, Elliott issued a no-bond warrant.

A no-bond warrant means a person cannot be released until the issuing judge decides to quash (meaning reject or void) the warrant, sets a bond or releases the person on a personal recognizance bond.

Dec. 2 has been set as the next court date for Costello, who said she would not comment on the case when contacted by the Daily Journal.

Costello has been a member of the Kankakee Police Department for three years, Police Chief Robin Passwater said. She is currently on requested leave.

Kankakee County State’s Attorney Jim Rowe said Costello failed to appear for a July 9 bench trial for defendant Ruben Carmona, of Kankakee, after she was served with a subpoena. Costello did not contact Rowe’s office to explain why she was a no-show, he said.

Rowe said the subpoena was issued after Costello failed to appear for an earlier court date for the case presided over by Elliott.

Carmona, who court records show is a member of the Latin Kings street gang, was charged with aggravated discharge of a firearm for a December 2019 incident in the 400 block of South Lincoln Avenue. His family resides on the block.

When Elliott found Carmona not guilty, she said the lack of testimony from Costello left unanswered questions.

Kankakee County is home to one of the detainment centers in question. ICE detainees have been housed at Jerome Combs Detention Center in Kankakee since the later part of 2016.

Local law enforcement agencies will be limited in how they cooperate with federal immigration authorities and migrant detainment centers across the state will be closed after Gov. JB Pritzker signed Senate Bill 667 into law.

Kankakee County is home to one of the detainment centers in question. ICE detainees have been housed at Jerome Combs Detention Center in Kankakee since the later part of 2016.

Critics of the legislation say it will cost jobs and makes Illinois a sanctuary state.

Kankakee County Sheriff Mike Downey has been a vocal opponent of the legislation and now questions the legality of the new law.

“At this point we’re still weighing our options,” he said. “I’m not sure what they did is legal. I’m sure that’s something the lawyers and courts will figure out.”

In the meantime, though, Downey said, “I swore an oath to uphold the constitution of the State of Illinois and the Constitution of the United States, and I will continue to do so. We’re still working with ICE.”

The new law doesn’t take effect until Jan. 1, and Downey said ICE has not stopped sending detainees to the county at this point.

Known as the Way Forward Act, the bill was filed by state Sen. Omar Aquino, D-Chicago, to provide what he said was protection from local law enforcement officers for immigrants who might be in the U.S. illegally.

The legislation was an initiative by the Illinois Coalition for Immigrant and Refugee Rights. Fred Tsao, senior policy counsel with the immigrant rights group, said the legislation is the product of years of hard work.

“This law is the culmination of 10 years of hard work to try and set a limit on collaboration between local law enforcement and ICE [U.S. Immigration and Customs Enforcement],” Tsao said.

The new law will help communities by taking the fear out of dealing with the police, Tsao said.

“This legislation allows immigrants to safely interact with their local police departments,” he said. “If an immigrant is a victim of criminal activity or a witness to criminal activity, they can go to the police without fear of coming under suspicion.”

The legislation will restrict local police departments from working with ICE agents in the state. Restrictions on participation in raids, sharing of information and the end of detainment camps will be some of the new rules for local police and immigration.

State Rep. Adam Niemerg, R-Teutopolis, has taken issue with the Way Forward Act, specifically with the closing of detainment centers across the state. The closure of these centers, Niemerg said, could lead to job cuts and revenue losses for the counties that house them.

“Look at Pulaski County, there are about 80 jobs with the detainment center in a county of about 5,000 people,” Niemerg said. “These good-paying jobs are going to be lost due to this legislation.”

Kankakee County will be among those feeling the pinch. Local officials have said the county will lose approximately $500,000 annually if the detainees are removed.

For Downey, his greatest concerns lie in the dangers that he says comes with a lack of communication between levels of government. He said he doesn’t agree that some state leaders are trying to prohibit local police departments from communicating with levels of the federal government such as ICE or the U.S. Marshals Service.

He said that’s what happened with the Sept. 11 terrorist attacks.

Andrew Hensel of The Center Square contributed to this report.