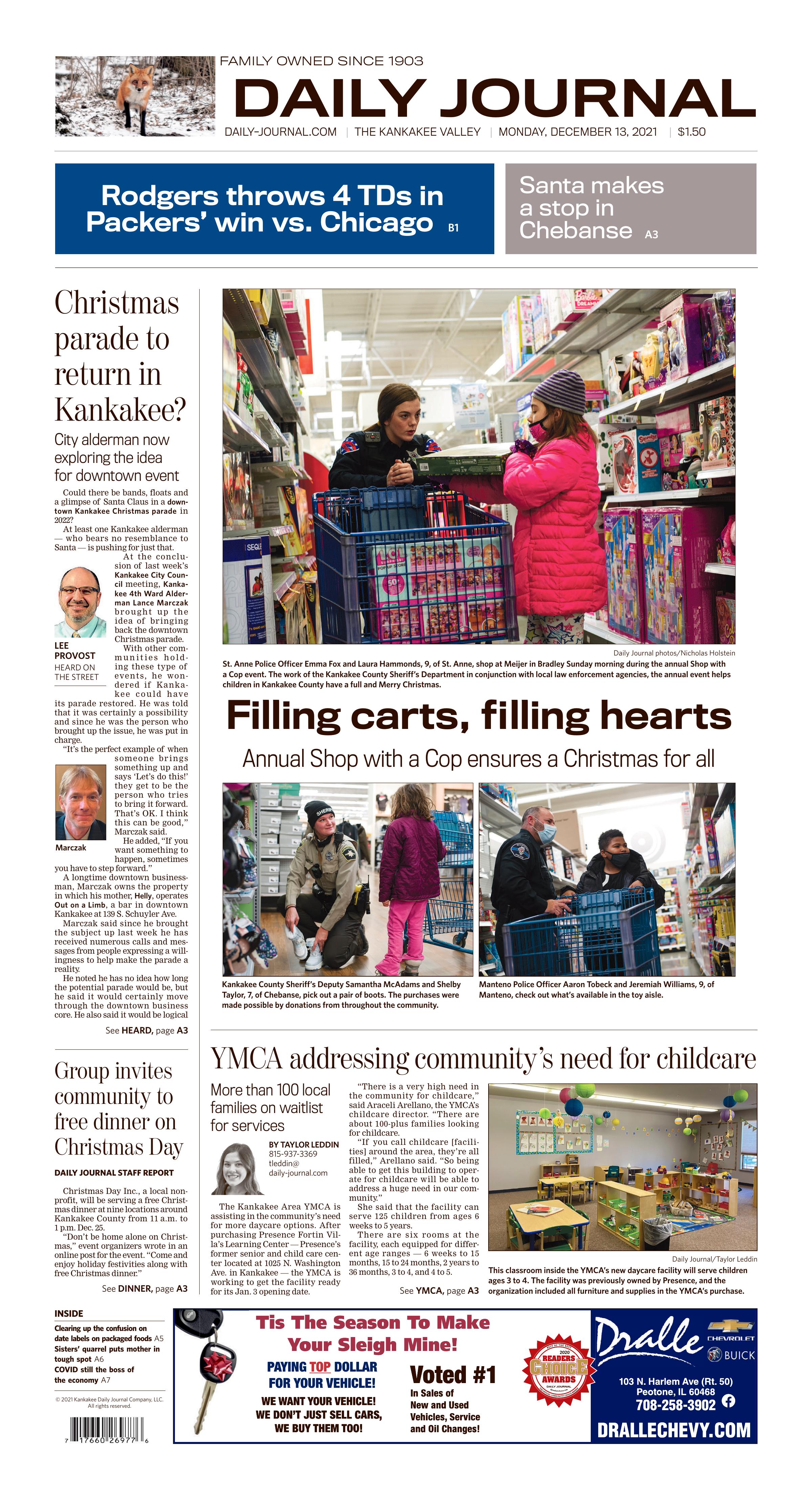 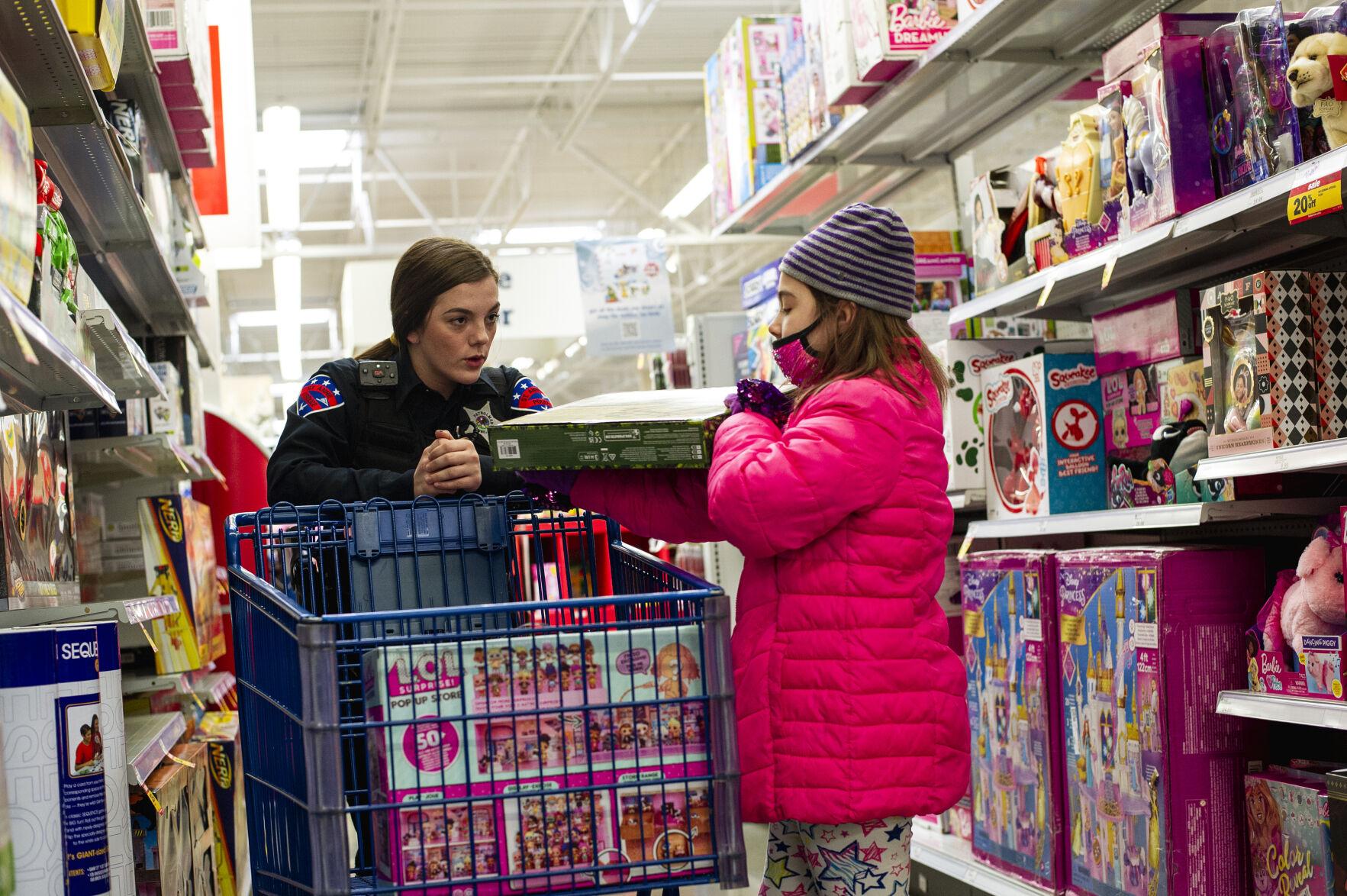 St. Anne Police Officer Emma Fox and Laura Hammonds, 9, of St. Anne, shop at Meijer in Bradley Sunday morning during the annual Shop with a Cop event. The work of the Kankakee County Sheriff’s Department in conjunction with local law enforcement agencies, the annual event helps children in Kankakee County have a full and Merry Christmas. 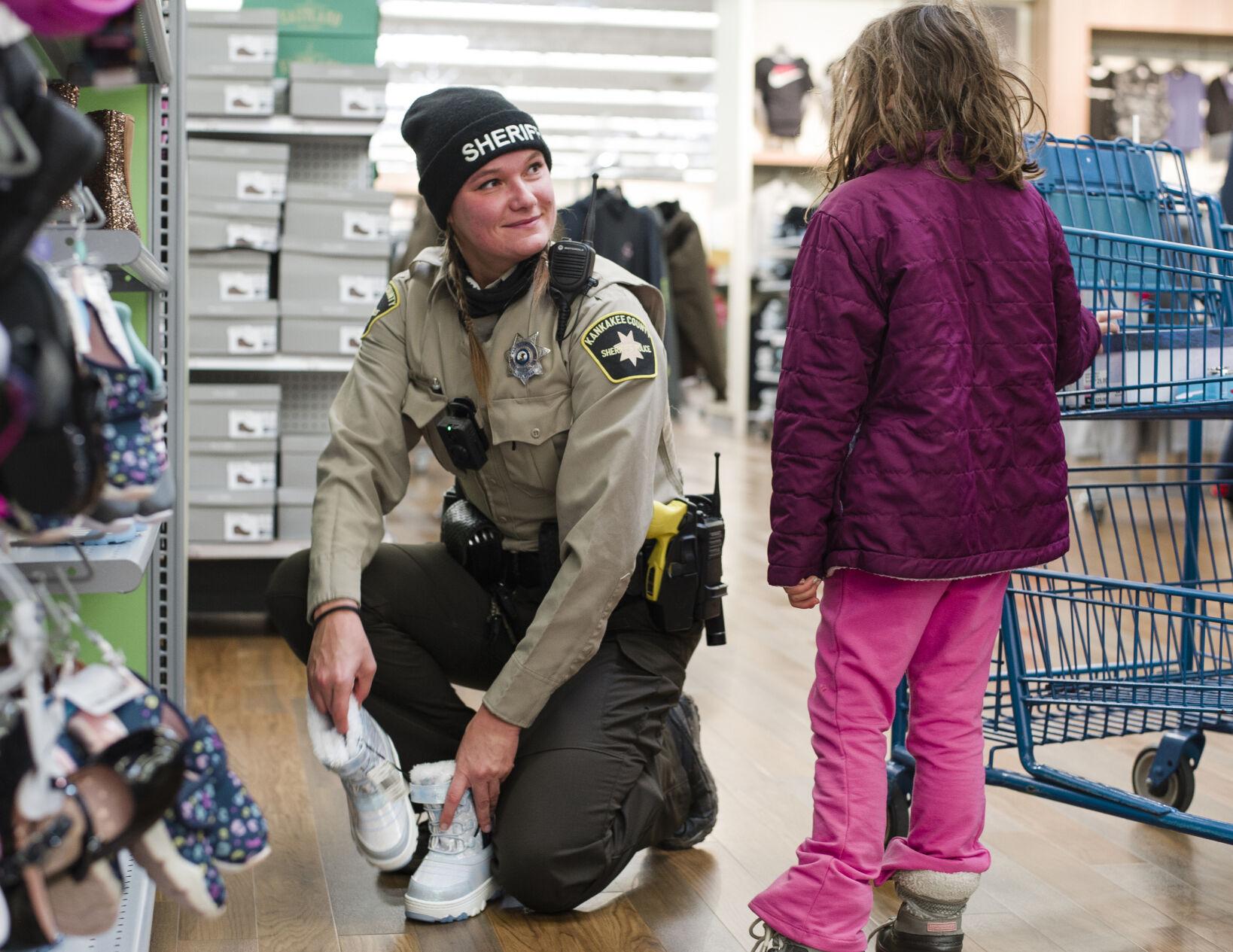 Kankakee County Sheriff's Deputy Samantha McAdams and Shelby Taylor, 7, of Chebanse, pick out a pair of boots. The purchases were made possible by donations from throughout the community. MORE PHOTOS.

This classroom inside the YMCA’s new daycare facility will serve children ages 3 to 4. The facility was previously owned by Presence, and the organization included all furniture and supplies in the YMCA’s purchase. READ MORE.

This classroom inside the YMCA's new daycare facility will serve children ages 4 to 5. The building is the former Presence Fortin Villa Learning Center and is located at 1025 N. Washington Ave., Kankakee.

A new YMCA Daycare will open in the former Fortin Villa location.

A new YMCA Daycare will open in the former Fortin Villa location.

The Kankakee Area YMCA is assisting in the community’s need for more daycare options. After purchasing Presence Fortin Villa’s Learning Center — Presence’s former senior and child care center located at 1025 N. Washington Ave. in Kankakee — the YMCA is working to get the facility ready for its Jan. 3 opening date.

“There is a very high need in the community for childcare,” said Araceli Arellano, the YMCA’s childcare director. “There are about 100-plus families looking for childcare.

“If you call childcare [facilities] around the area, they’re all filled,” Arellano said. “So being able to get this building to operate for childcare will be able to address a huge need in our community.”

She said that the facility can serve 125 children from ages 6 weeks to 5 years.

The sixth room is a school-age classroom, but since the facility will only accept children up to 5 years old, that will be used as extra space for a higher demand of children, if needed.

Each age group has its own playground just outside of its room. Additionally, each room is already filled with furniture, decor and supplies left from Presence. Arellano and others at the YMCA are currently working on sanitizing and organizing each room.

To staff the center, the YMCA is working on hiring 20 employees, including an assistant director to help Arellano run the center, as well as lead and assistant teachers. Additionally, they will be looking to hire a cook and a custodian. The facility will provide hot meals to the children.

Additionally, the facility will be offering a bilingual curriculum.

Arellano recently moved from Chicago to Kankakee for this new position and has worked in childcare for over a decade.

“My goal is to make sure that I can offer high-quality service to our parents and our students,” she said. “Of course, the children will be my top priority, so making sure they’re safe and learning is my top goal.”

She said that parents will be able to keep up with their children’s status throughout the day through the app Bright Wheel, which allows parents to see a live feed of their child. Also, it allows staff members to send notes and updates instantly to parents.

YMCA employees, including Arellano and CEO William Welsh, gathered for a Dec. 7 ribbon cutting at the facility.

“This is a new programming area that we’re expanding into,” Welsh said. “We identified a waiting list of over 100 families needing childcare services and we started working on creating a full-time childcare program.”

Welsh said that this addition allows the YMCA to expand programming to younger kids.

“We want to make sure we are offering many programs for each age group that we serve, from infants all the way up to teens, and this really will add to our offerings for infants to preschool kids,” he said.

To learn more or to register a child for daycare, call 815-933-1741, go to k3ymca.org or email Arellano directly at aarellano@k3ymca.org. 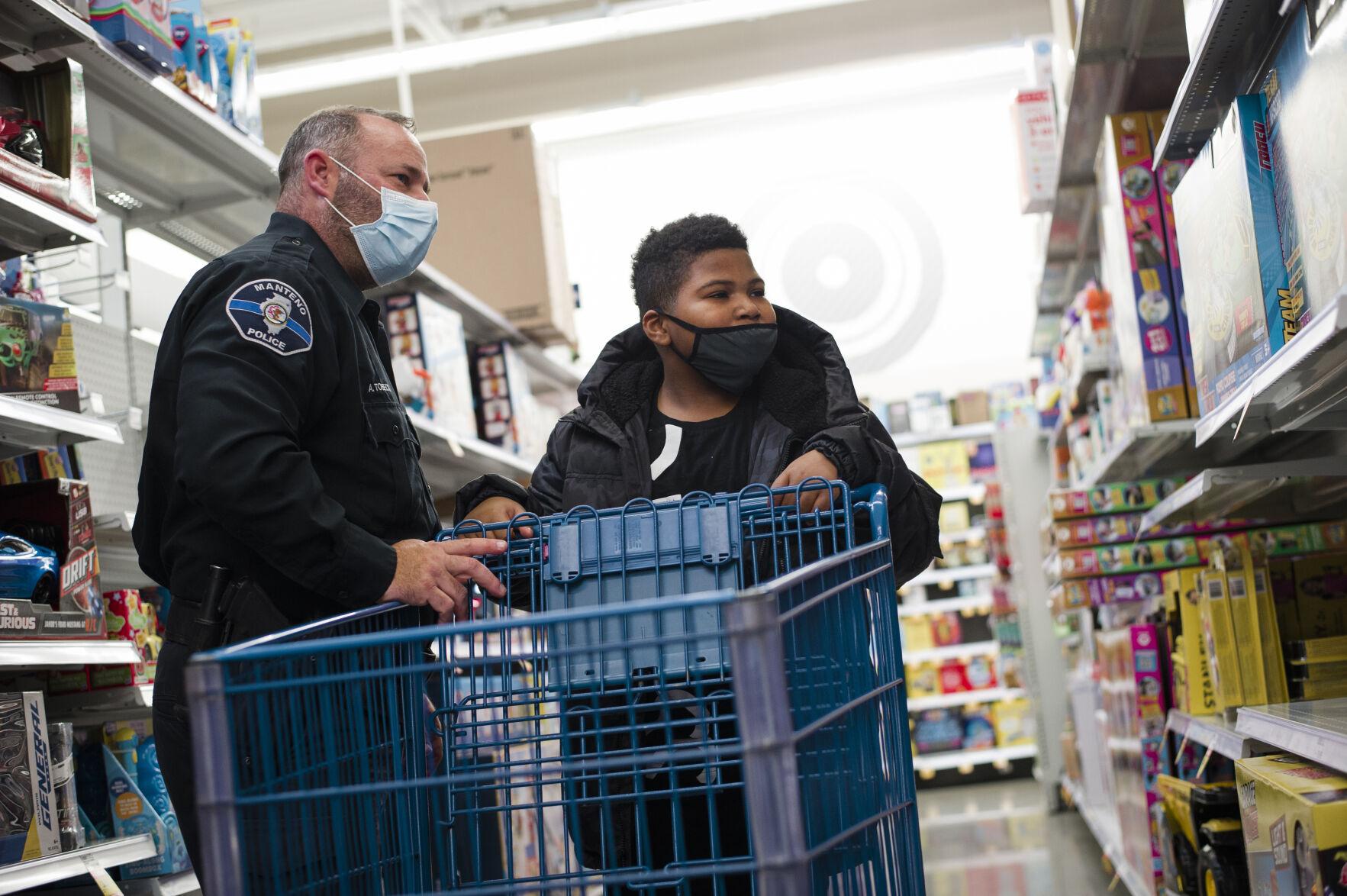 Santa arrives at the Harold and Jean Miner Festival Square in downtown Kankakee as part of this year's annual lion wreathing and tree lighting ceremony. A proposal to bring back the city's Christmas parade could add to the annual event.

Could there be bands, floats and a glimpse of Santa Claus in a downtown Kankakee Christmas parade in 2022?

At least one Kankakee alderman — who bears no resemblance to Santa — is pushing for just that.

With other communities holding these type of events, he wondered if Kankakee could have its parade restored. He was told that it was certainly a possibility and since he was the person who brought up the issue, he was put in charge.

“It’s the perfect example of when someone brings something up and says ‘Let’s do this!’ they get to be the person who tries to bring it forward. That’s OK. I think this can be good,” Marczak said.

He added, “If you want something to happen, sometimes you have to step forward.”

A longtime downtown businessman, Marczak owns the property in which his mother, Helly, operates Out on a Limb, a bar in downtown Kankakee at 139 S. Schuyler Ave.

Marczak said since he brought the subject up last week he has received numerous calls and messages from people expressing a willingness to help make the parade a reality.

He noted he has no idea how long the potential parade would be, but he said it would certainly move through the downtown business core. He also said it would be logical to hold the event on the same night the city lights the Christmas tree at the train depot and places the holiday wreaths on the lions at the Kankakee Public Library.

“I just think it’s a good thing to bring people together,” he said.

Marczak noted the downtown district once hosted a Santa House. He said he has no idea where the structure went when that tradition was discontinued several years ago. In all likelihood, the house no longer exists.

The alderman freely admits when he agreed to become an alderman in June replacing Jim Faford, he never imagined having this task.

“Absolutely not,” he said with a chuckle. “I certainly didn’t see myself doing this. These kind of things can happen, it just takes someone to grab the reindeer by the reins. I just didn’t think it would be me.”

Marczak will be making a list, but it won’t be the naughty or nice list. Rather, he is making one in which people will be asked to help him out.

“I have to have some people involved,” he said. “There must be community support for this.”

He said he is open to all ideas. He noted he also unsure of why the parade went away those many years ago.

Scott Smith, president of the Kankakee Development Corporation, the entity which supports downtown businesses and events, said he is definitely in favor of bringing an event like this back to life.

Smith noted the KDC would certainly be willing to support the event financially as well as with volunteers.

He said he is pleased Marczak has brought it forward now so there can be plenty of time to coordinate such an activity.

“Anything that increases positive traffic not only downtown, but throughout the city, we are supportive of it,” he said. “We would be supportive of the concept.”

Volunteers with Christmas Day Inc. will serve a free Christmas dinner at nine locations throughout the community.

Christmas Day Inc., a local nonprofit, will be serving a free Christmas dinner at nine locations around Kankakee County from 11 a.m. to 1 p.m. Dec. 25.

“Don’t be home alone on Christmas,” event organizers wrote in an online post for the event. “Come and enjoy holiday festivities along with free Christmas dinner.”

The dinner will be catered by The Bennett-Curtis House in Grant Park. The meal will include turkey, ham, stuffing, mashed potatoes and gravy, cranberry sauce, salad, a vegetable and pie.

Face coverings are required, and social distancing guidelines must be followed at all dinner locations.

The meals will be served at the following locations: