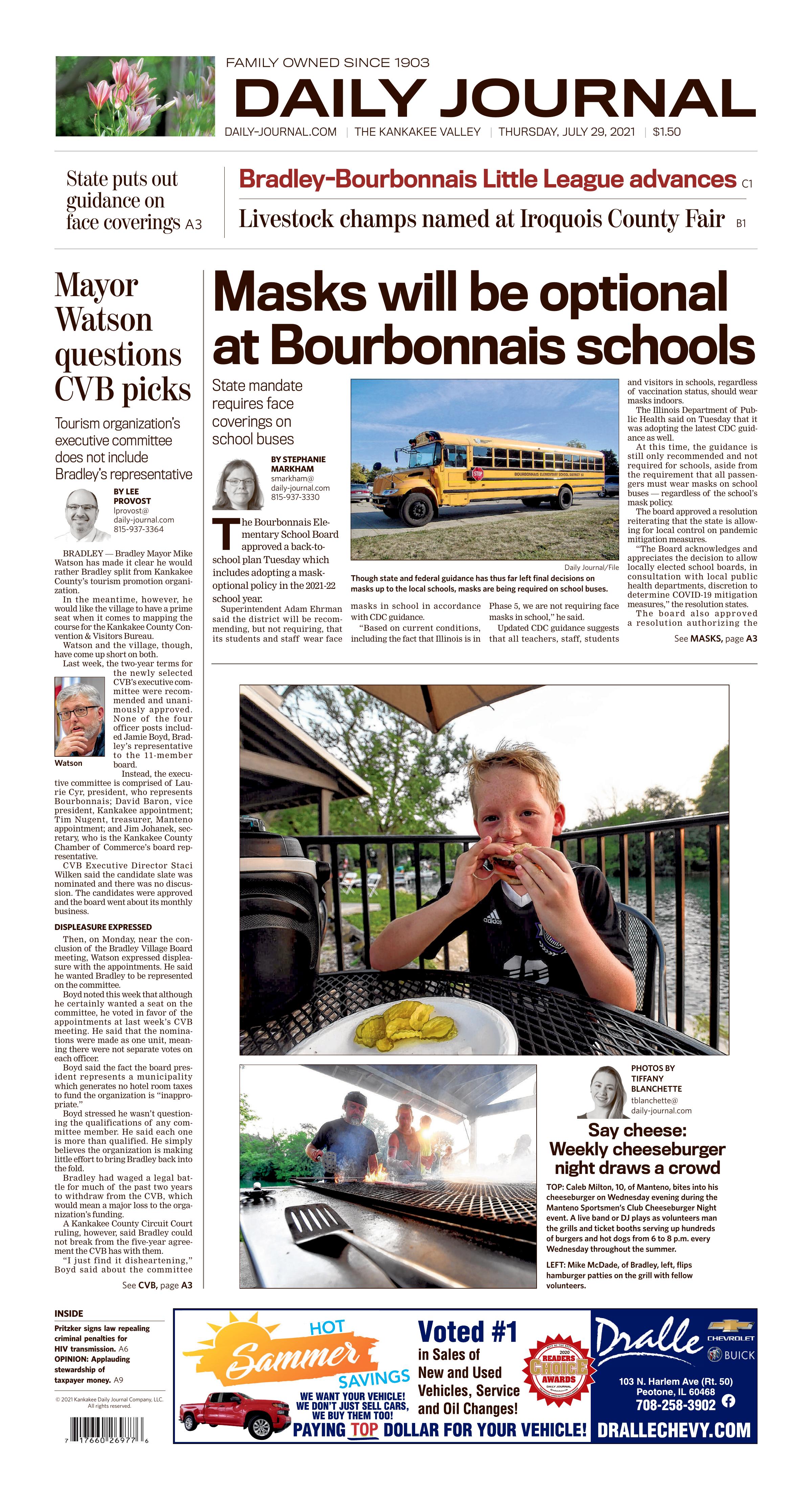 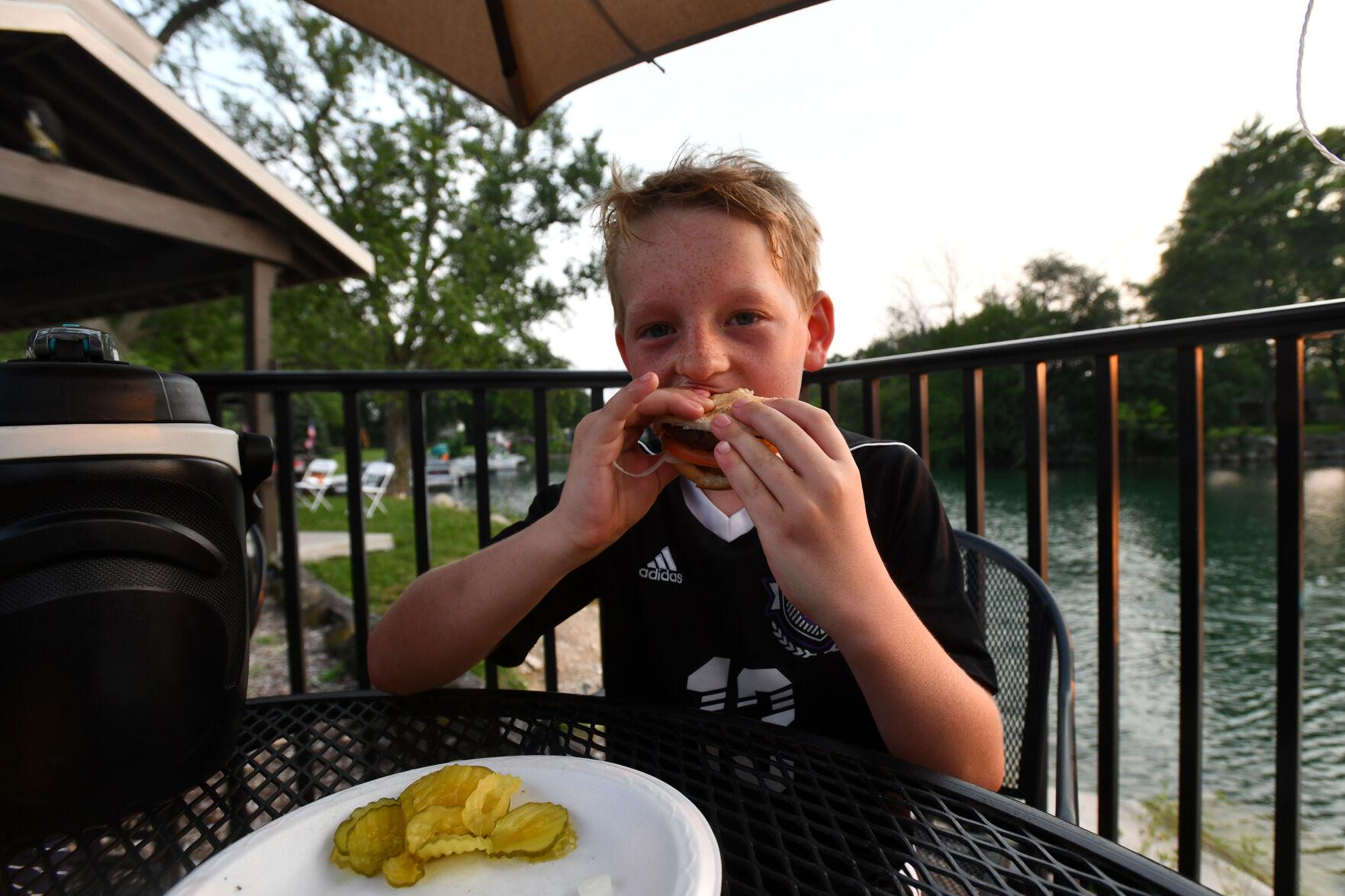 Caleb Milton, 10, of Manteno, bites into his cheeseburger on Wednesday evening during the Manteno Sportsmen’s Club Cheeseburger Night event. A live band or DJ plays as volunteers man the grills and ticket booths serving up hundreds of burgers and hot dogs from 6 to 8 p.m. every Wednesday throughout the summer. MORE PHOTOS. 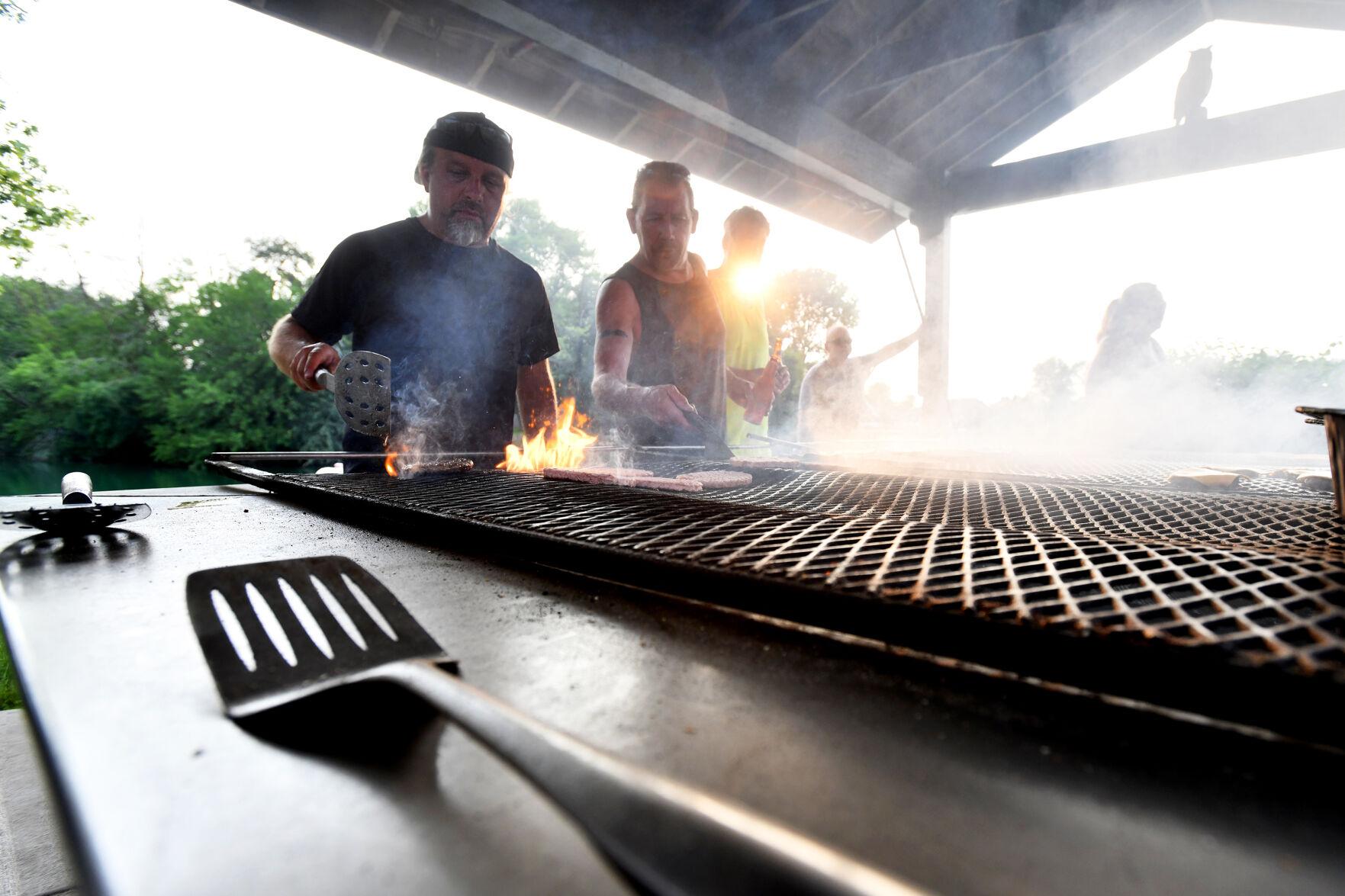 BRADLEY — Bradley Mayor Mike Watson has made it clear he would rather Bradley split from Kankakee County’s tourism promotion organization.

In the meantime, however, he would like the village to have a prime seat when it comes to mapping the course for the Kankakee County Convention & Visitors Bureau.

Watson and the village, though, have come up short on both.

Last week, the two-year terms for the newly selected CVB’s executive committee were recommended and unanimously approved. None of the four officer posts included Jamie Boyd, Bradley’s representative to the 11-member board.

CVB Executive Director Staci Wilken said the candidate slate was nominated and there was no discussion. The candidates were approved and the board went about its monthly business.

Then, on Monday, near the conclusion of the Bradley Village Board meeting, Watson expressed displeasure with the appointments. He said he wanted Bradley to be represented on the committee.

Boyd noted this week that although he certainly wanted a seat on the committee, he voted in favor of the appointments at last week’s CVB meeting. He said that the nominations were made as one unit, meaning there were not separate votes on each officer.

Boyd said the fact the board president represents a municipality which generates no hotel room taxes to fund the organization is “inappropriate.”

Boyd stressed he wasn’t questioning the qualifications of any committee member. He said each one is more than qualified. He simply believes the organization is making little effort to bring Bradley back into the fold.

Bradley had waged a legal battle for much of the past two years to withdraw from the CVB, which would mean a major loss to the organization’s funding.

A Kankakee County Circuit Court ruling, however, said Bradley could not break from the five-year agreement the CVB has with them.

“I just find it disheartening,” Boyd said about the committee appointments made last week. “They have smacked us again.”

Watson was even more frank at Monday’s meeting.

“It was a deliberate attempt to keep Bradley out of the executive committee,” he said.

Bradley has not been a committee member since former Mayor Bruce Adams resigned his mayoral post in April 2019.

“More than 50 percent of the funding for the organization comes from Bradley,” Watson said. “I’m not letting this lay. I wasn’t happy when I heard about it. Do I expect this from them? Sure. So much for playing nice.”

Regarding Watson’s displeasure, Wilken said regardless of who serves on the executive committee, every board member has a voice on tourism matters.

“I do believe in our leadership,” Wilken said. She also noted she understands Bradley’s stance in which the greatest percentage of the CVB’s approximate $700,000 is derived from Bradley-based lodging.

But, she noted, which community leads in hotel rooms hasn’t changed since the CVB was created in 1986.

“Everyone has a voice at the table. Every board member is a valued piece of the puzzle,” she said. “I’m pleased Bradley is again taking an active role in the organization. I will continue to work with Bradley. ... We are better when we work together. Period. End of story.”

The executive committee roles also transfer to the full board, meaning Cyr will also serve as president of the CVB’s board. Cyr has been a committee member for several years, serving as its secretary.

The 11-member board is comprised of a representative from six governmental bodies which financially support it through an intergovernmental agreement which places an extra tax on hotel lodging. The member governmental bodies are Kankakee, Bradley, Bourbonnais, Manteno, Momence and Kankakee County.

The remainder of the board is made up of representatives from both the Bourbonnais Township and Kankakee Valley park districts as well as from the chamber of commerce and the Kankakee County Lodging Association. The 11th board member is an at-large selection, which currently is not filled.

The bulk of the CVB funding is generated through a hotel/motel tax. Because Bradley is home to the majority of the region’s lodging locations, more than half of the organization’s operating revenues come from Bradley.