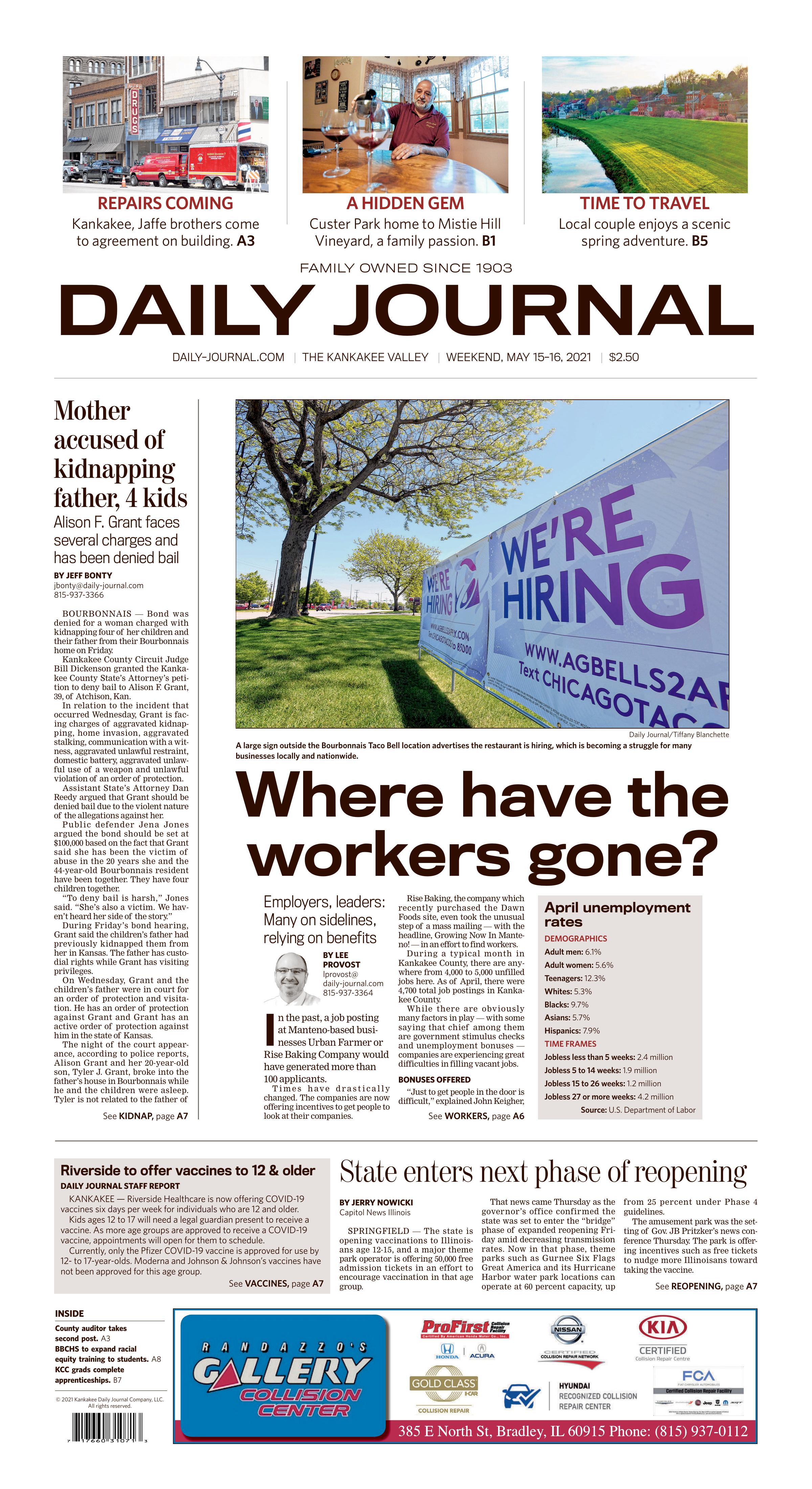 {div class=”edn_articleTags edn_clearFix”}Gov. JB Pritzker speaks at Six Flags Great America in Gurnee Thursday to announce that the theme park will be giving away 50,000 free tickets to vaccinated individuals. {/div}

SPRINGFIELD — The state is opening vaccinations to Illinoisans age 12-15, and a major theme park operator is offering 50,000 free admission tickets in an effort to encourage vaccination in that age group.

That news came Thursday as the governor’s office confirmed the state was set to enter the “bridge” phase of expanded reopening Friday amid decreasing transmission rates. Now in that phase, theme parks such as Gurnee Six Flags Great America and its Hurricane Harbor water park locations can operate at 60 percent capacity, up from 25 percent under Phase 4 guidelines.

The amusement park was the setting of Gov. JB Pritzker’s news conference Thursday. The park is offering incentives such as free tickets to nudge more Illinoisans toward taking the vaccine.

“I think that there are people who, hearing that there’s an incentive knowing that it’s easy to get vaccinated at a place like this or somewhere near where you live,” Pritzker said. “There are an awful lot of people out there that just haven’t had time or they haven’t had a, you know, that extra little push to go get it done.”

But the vaccination pace has slowed, with about 76,082 vaccine doses administered on average daily over the previous seven days. That’s down from a peak of over 130,000 daily in mid-April.

Rep. Mike Zalewski, a Democrat from Riverside, is sponsoring a measure he calls the “shot and a beer act” to incentivize those age 21 and older to be vaccinated. That would allow Illinois bars to offer one free alcoholic drink to a customer who can prove they are vaccinated.

“We think it will help overcome vaccine hesitancy,” Zalewski said in a news conference Thursday, noting he was hopeful the measure could pass before the May 31 adjournment of the General Assembly.

Also on Thursday, the U.S. Centers for Disease Control and Prevention released new guidance for masking which said fully vaccinated people can stop wearing masks in most indoor and outdoor locations, with exceptions for public transportation, planes, hospitals, doctors offices and prisons.

In response, Pritzker tweeted, “I firmly believe in following the science and will revise my executive orders in line with (CDC) guidelines lifting additional mitigations for vaccinated people. The scientists’ message is clear: If you are vaccinated, you can safely do much more.”

The governor also said at the Thursday news conference that the Chicago White Sox and Cubs will be adding sections in their ballparks for those who are fully vaccinated in order to maximize their allowable capacity. The capacity will increase to 60 percent at each park later in the month as well.

In the bridge phase, restaurants and bars can increase capacity from 25 percent to 30 percent, and outdoor capacity is allowed up to 50 percent for standing areas. As well, vaccinated people do not count against capacity limits.

The largest increase is to social events, which can allow 250 people indoors and 500 outdoors. Previously, those were capped at 50 people.

Gov. JB Pritzker’s office has said Phase 5, which is free of capacity limitations, could happen as early as June 11 if transmission numbers continue to decrease.

BOURBONNAIS — Bond was denied for a woman charged with kidnapping four of her children and their father from their Bourbonnais home on Friday.

Assistant State’s Attorney Dan Reedy argued that Grant should be denied bail due to the violent nature of the allegations against her.

Public defender Jena Jones argued the bond should be set at $100,000 based on the fact that Grant said she has been the victim of abuse in the 20 years she and the 44-year-old Bourbonnais resident have been together. They have four children together.

“To deny bail is harsh,” Jones said. “She’s also a victim. We haven’t heard her side of the story.”

During Friday’s bond hearing, Grant said the children’s father had previously kidnapped them from her in Kansas. The father has custodial rights while Grant has visiting privileges.

The night of the court appearance, according to police reports, Alison Grant and her 20-year-old son, Tyler J. Grant, broke into the father’s house in Bourbonnais while he and the children were asleep. Tyler is not related to the father of Alison Grant’s other children.

According to the officer’s police report, Alison Grant used mace and a taser to overpower the father. After his attempts to escape failed, he was tied to a chair, according to police reports. He also told police he was threatened with a gun by both Alison and Tyler Grant, prosecutors said during Friday’s bond hearing.

The father and four children were taken to the father’s van. Alison Grant drove away from the house with the five passengers, leaving her son to stay and clean up the house, according to the state’s prosecution. The father said they drove around Kankakee and Iroquois counties, with Grant carrying a gun she brought from the house, police reports say. Officers say Grant dropped off the children with her sister and brother-in-law in Watseka.

She then continued to drive the father on county roads until he was able to free himself and take the gun from Grant, according to police reports. He then drove the van back to Watseka with Grant as a passenger. Upon their arrival at the home where the children were left, they were met by Tyler, according to police. The residents became suspicious and called police.

The children were then taken to the Watseka Police Department by Tyler Grant, according to police.

It was there that he told Bourbonnais police his mother had come up with the plan to kidnap the family, police reports say.

Alison Grant was later located at Iroquois Memorial Hospital where she was seeking treatment for an undisclosed reason.