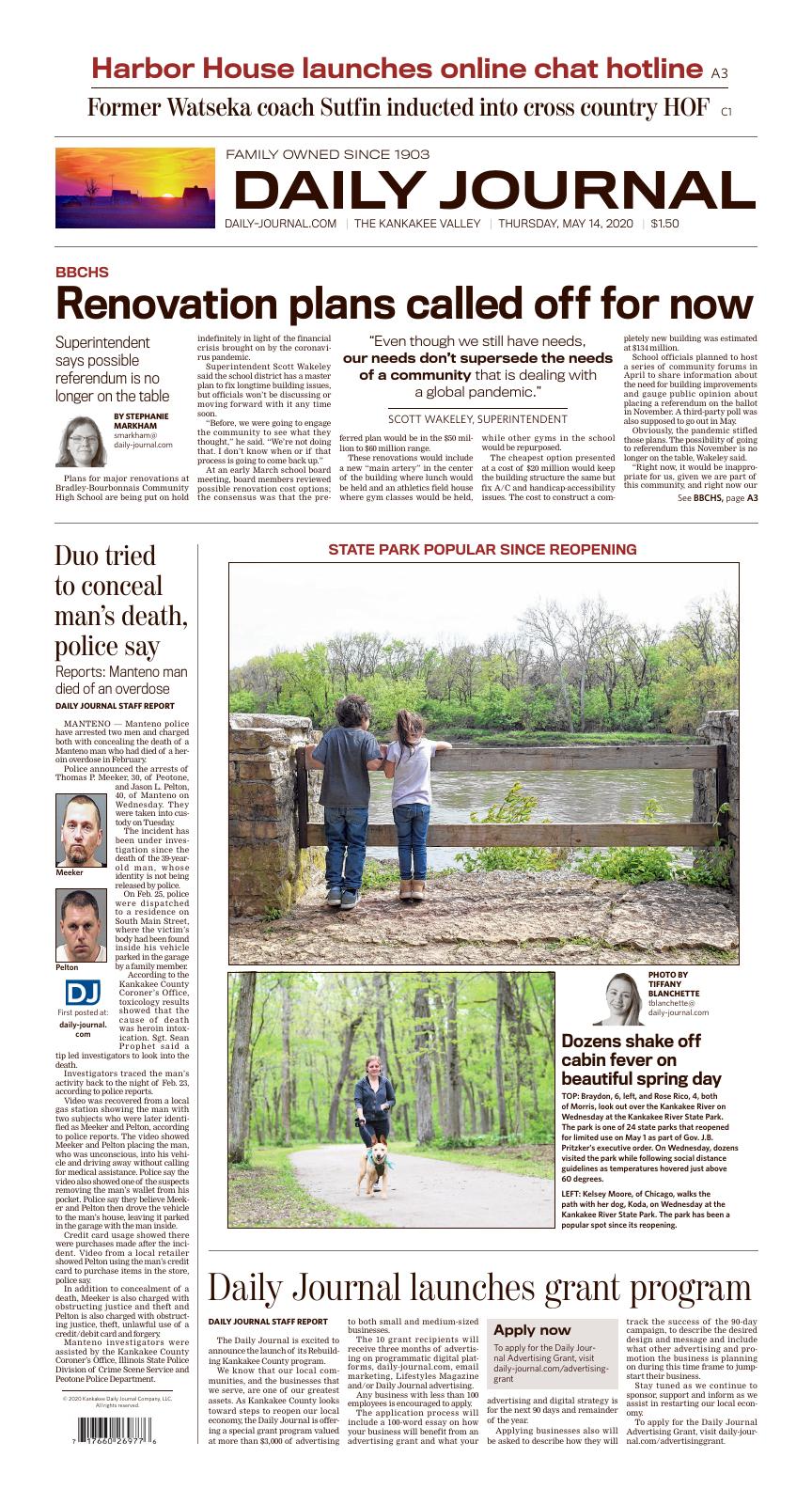 Plans for major renovations at Bradley-Bourbonnais Community High School are being put on hold indefinitely in light of the financial crisis brought on by the coronavirus pandemic.

Superintendent Scott Wakeley said the school district has a master plan to fix longtime building issues, but officials won’t be discussing or moving forward with it any time soon.

“Before, we were going to engage the community to see what they thought,” he said. “We’re not doing that. I don’t know when or if that process is going to come back up.”

At an early March school board meeting, board members reviewed possible renovation cost options; the consensus was that the preferred plan would be in the $50 million to $60 million range.

These renovations would include a new “main artery” in the center of the building where lunch would be held and an athletics field house where gym classes would be held, while other gyms in the school would be repurposed.

The cheapest option presented at a cost of $20 million would keep the building structure the same but fix A/C and handicap-accessibility issues. The cost to construct a completely new building was estimated at $134 million.

School officials planned to host a series of community forums in April to share information about the need for building improvements and gauge public opinion about placing a referendum on the ballot in November. A third-party poll was also supposed to go out in May.

Obviously, the pandemic stifled those plans. The possibility of going to referendum this November is no longer on the table, Wakeley said.

“Right now, it would be inappropriate for us, given we are part of this community, and right now our community is hurting. We recognize that,” he said. “Even though we still have needs, our needs don’t supersede the needs of a community that is dealing with a global pandemic.”

Longtime building issues include a lack of fine arts space and a hard-to-navigate campus. The building currently is not handicap accessible (it has one elevator that’s only accessible to part of the building), and only 40 percent of the school is air conditioned.

Other issues are that students are divided into seven lunch periods from 10:30 a.m. to 1:30 p.m., and about 400 students have to walk outside to the school’s 12 mobile classrooms during their school day. The school’s enrollment is over 2,000.

Wakeley said the district would try to do some improvements in-house and appeal to the state for construction money that was available prior to the pandemic. However, the reality of the situation is that it could take years to start the process of making serious renovations happen.

“We just don’t know, but it won’t be in the near future,” he said. “It certainly won’t be in November, and probably won’t be for a few years before we start that process back up again.”

“Even though we still have needs, our needs don’t supersede the needs of a community that is dealing with a global pandemic.” 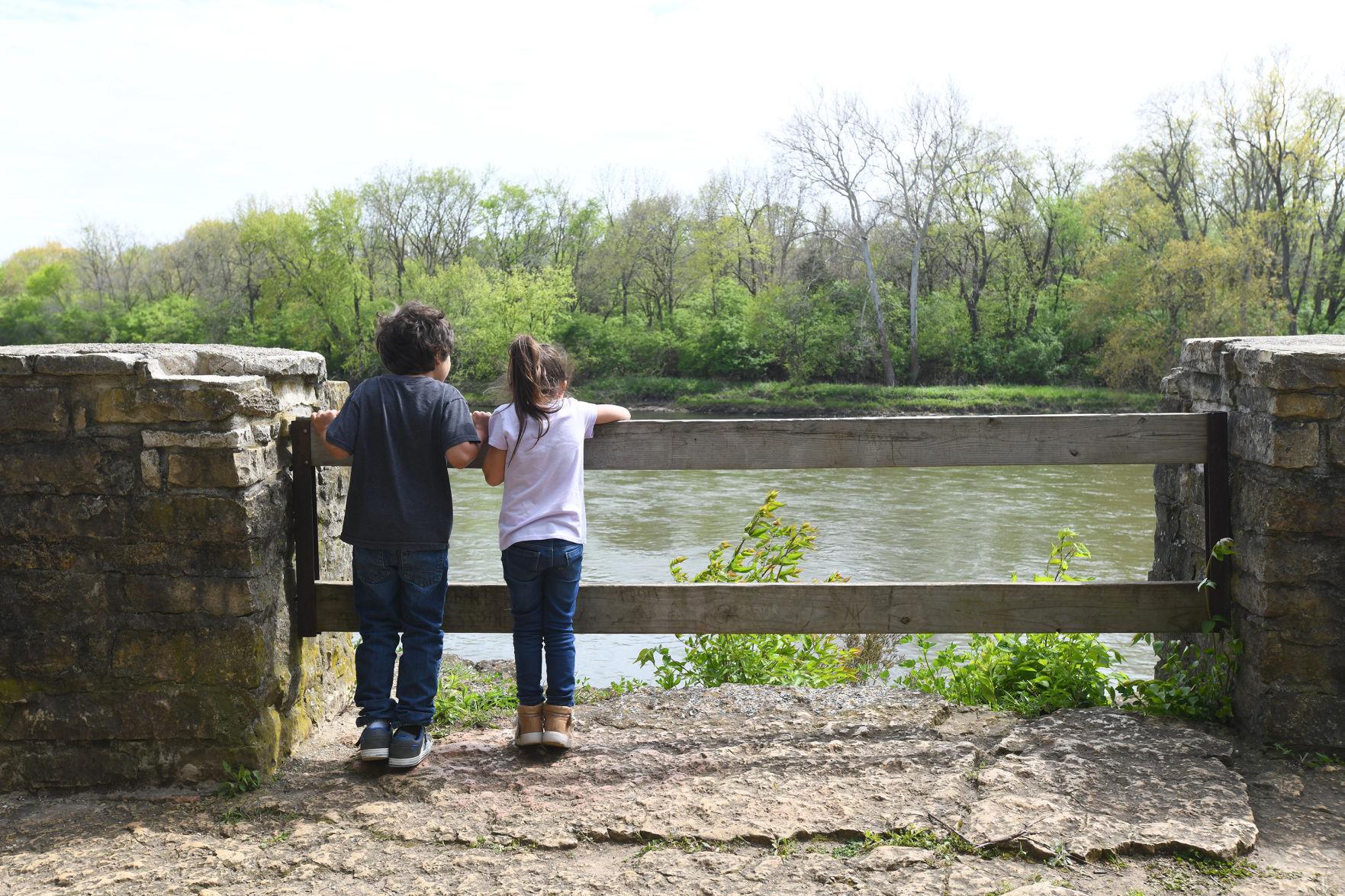 Braydon, 6, left, and Rose Rico, 4, both of Morris, look out over the Kankakee River on Wednesday at the Kankakee River State Park. The park is one of 24 state parks that reopened for limited use on May 1 as part of Gov. J.B. Pritzker’s executive order. On Wednesday, dozens visited the park while following social distance guidelines on the spring afternoon as temperatures hovered just above 60 degrees. 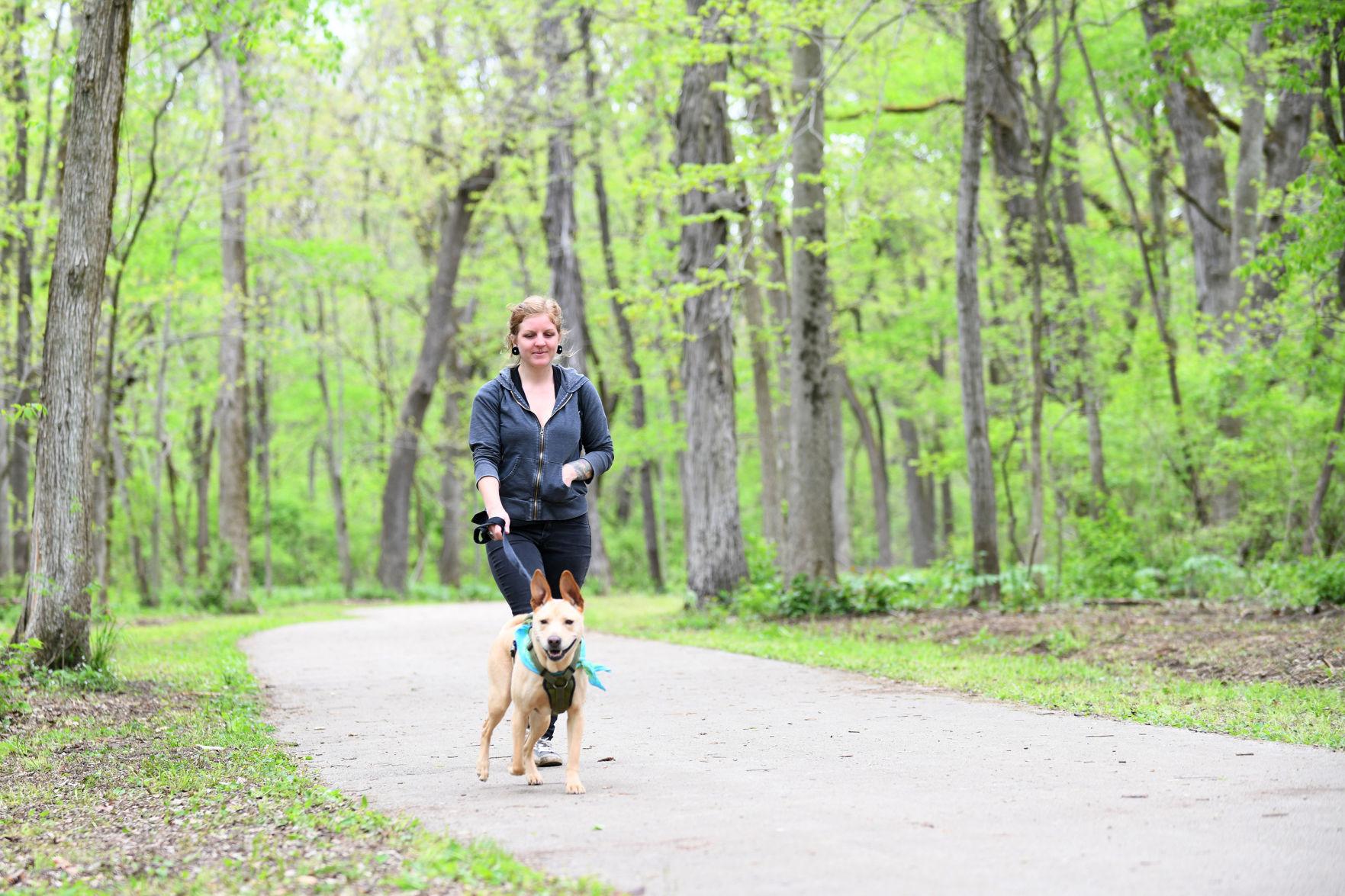 Kelsey Moore, of Chicago, walks the path with her dog, Koda, on Wednesday at the Kankakee River State Park. The park has been a popular spot since its reopening.

The Daily Journal is excited to announce the launch of its Rebuilding Kankakee County program.

We know that our local communities, and the businesses that we serve, are one of our greatest assets. As Kankakee County looks toward steps to reopen our local economy, the Daily Journal is offering a special grant program valued at more than $3,000 of advertising to both small and medium-sized businesses.

Any business with less than 100 employees is encouraged to apply.

The application process will include a 100-word essay on how your business will benefit from an advertising grant and what your advertising and digital strategy is for the next 90 days and remainder of the year.

Applying businesses also will be asked to describe how they will track the success of the 90-day campaign, to describe the desired design and message and include what other advertising and promotion the business is planning on during this time frame to jumpstart their business.

Stay tuned as we continue to sponsor, support and inform as we assist in restarting our local economy.

To apply for the Daily Journal Advertising Grant, visit daily-journal.com/advertisinggrant.

MANTENO — Manteno police have arrested two men and charged both with concealing the death of a Manteno man who had died of a heroin overdose in February.

Police announced the arrests of Thomas P. Meeker, 30, of Peotone, and Jason L. Pelton, 40, of Manteno on Wednesday. They were taken into custody on Tuesday.

The incident has been under investigation since the death of the 39-year-old man, whose identity is not being released by police.

On Feb. 25, police were dispatched to a residence on South Main Street, where the victim’s body had been found inside his vehicle parked in the garage by a family member.

According to the Kankakee County Coroner’s Office, toxicology results showed that the cause of death was heroin intoxication. Sgt. Sean Prophet said a tip led investigators to look into the death.

Investigators traced the man’s activity back to the night of Feb. 23, according to police reports.

Credit card usage showed there were purchases made after the incident. Video from a local retailer showed Pelton using the man’s credit card to purchase items in the store, police say. 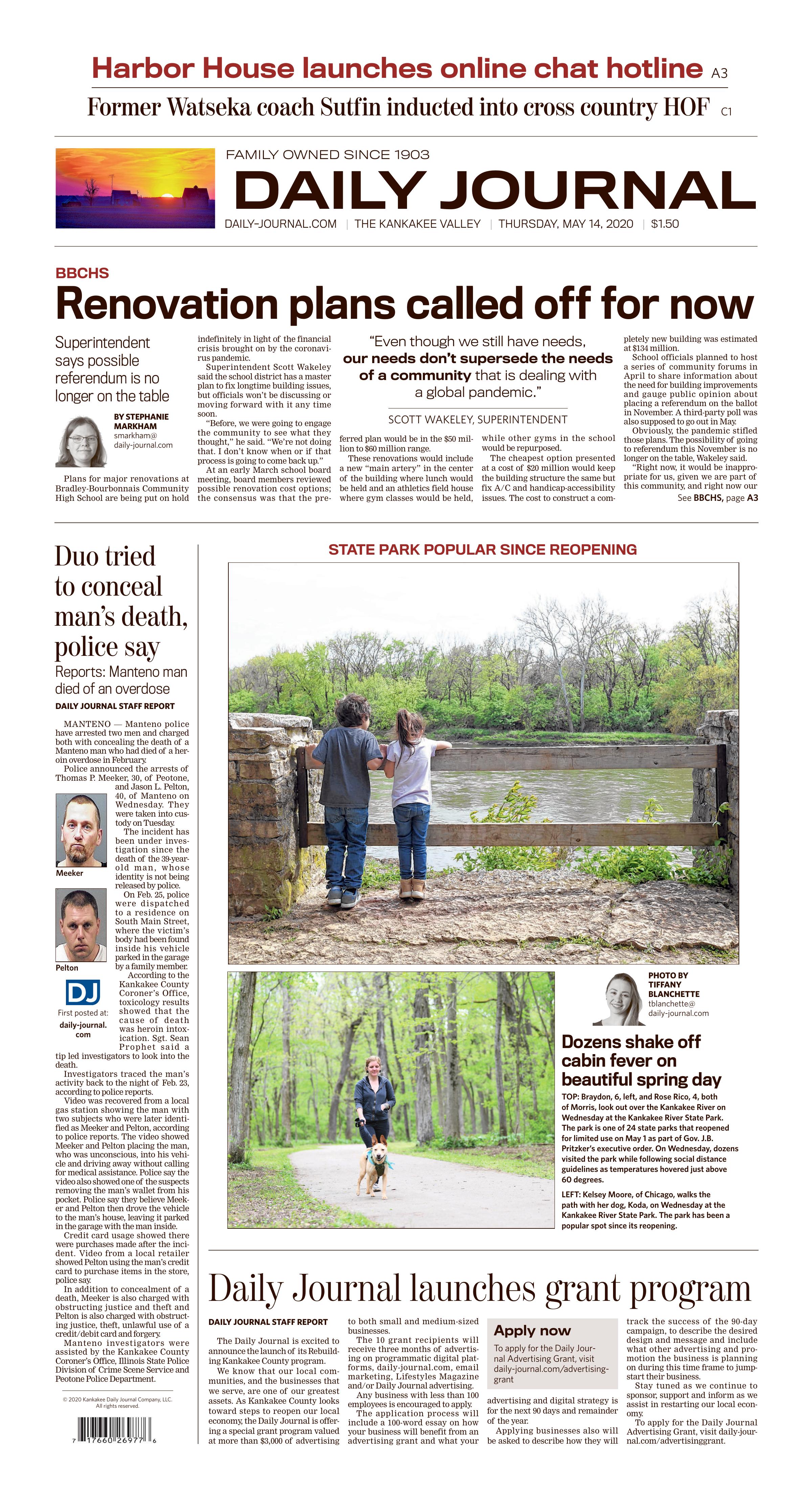