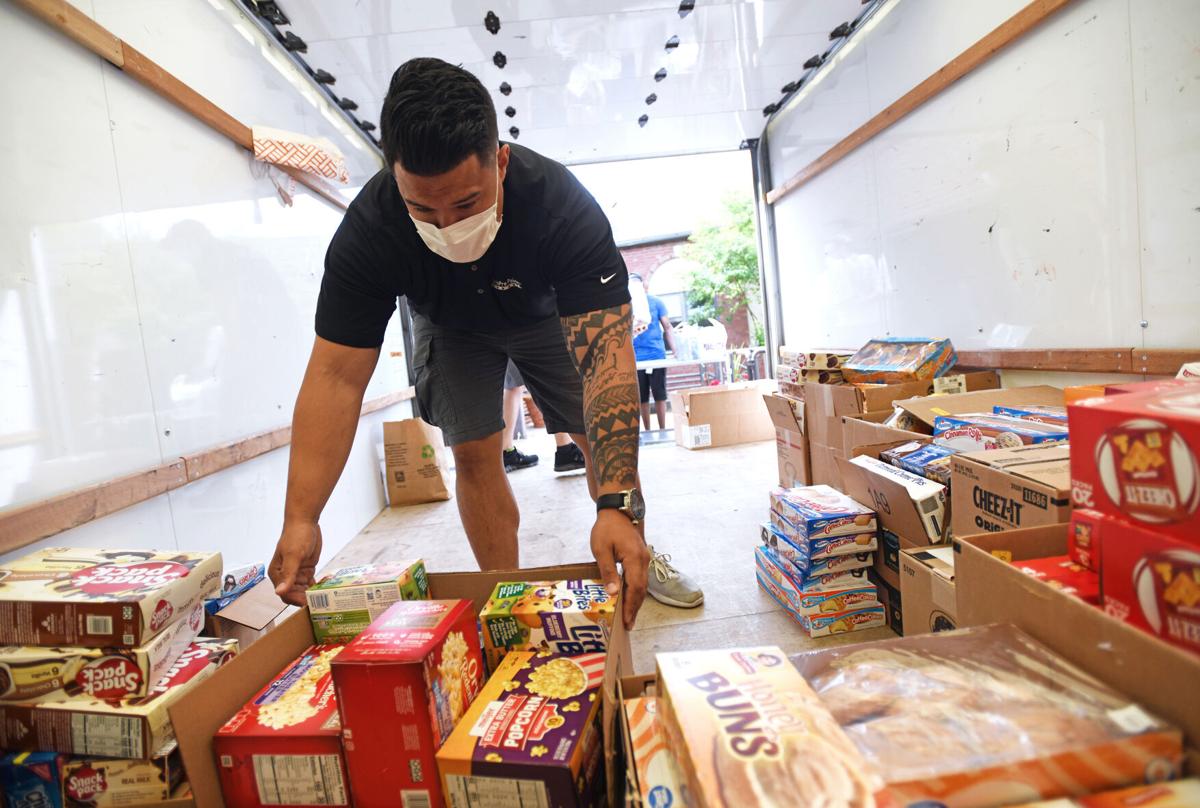 Eric Peterson, founder of veteran nonprofit Project Headspace and Timing, helps unload a 16-foot box truck loaded with donated treats for the residents of the Illinois Veterans Home at Manteno. After learning the commissary was low on certain items the residents enjoy, Peterson put out the call for donations and the community answered. 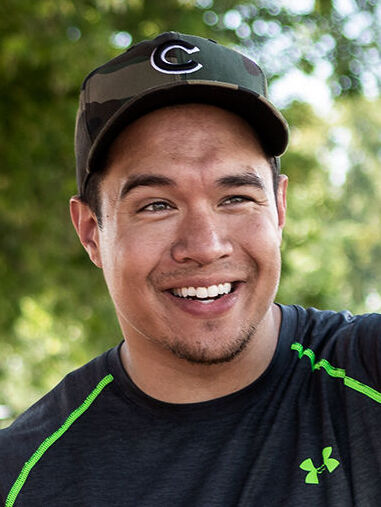 Eric Peterson explained how he knows how to do things, especially when helping others. In particular, helping military veterans of any age.

He learned such lessons from his parents, Virginia and Bill Peterson of Limestone.

“A lot of that you can chalk up to his mom,” Peterson’s wife, Ashley, said. “She is caring, has a giving heart and is always there for you. His dad is a problem solver. They really shaped him.”

The 33-year-old founder of Project Headspace and Timing, an organization devoted to helping veterans in need, added that those things were hammered into him during his Army service.

Those traits shined brightly in 2020 as Peterson helped veterans, young and old, even during a pandemic. It’s also why he was selected as the Daily Journal’s Young Citizen of the Year.

Giving joy to others is nothing new for Peterson. Using money from a paper route while in junior high, he bought inexpensive gifts for each of the kids in his class one Christmas.

“They were nothing big,” he said. “I liked other people having joy.”

“He has been instrumental and played a role in reaching out to organizations and businesses recognizing and supporting our veterans’ needs across Kankakee County and the Manteno Veterans Home,” she said.

“It is nothing for Eric to call and say, ‘What do the guys need at Manteno?’ He has also played a role in bringing awareness to the homeless veterans program across the region as well and continuing on making an impact with housing homeless veterans.

“Eric is always conscious of sacrifices the veterans have made for us, and Eric continues to give back,” Shear said.

More than three years ago, Peterson started visiting the veterans at Manteno. He just started talking and sharing. Peterson became good friends with Army veteran Bill Hicks, who passed away last year after a six-month health battle not related to coronavirus.

That started a string of events.

First, he collected 866 donated heart cutouts and placed one on every window of the Manteno Veterans Home.

He then put together veteran-community outreach projects consisting of a bed build and bed deliveries for Sleep in Heavenly Peace, and brewing and canning beer with veteran-owned Steam Hollow Brewing Co.

In addition to being the founder of Project Headspace and Timing, Peterson is co-founder of The Bad Day Box Project with Kathi Myers from the Samuel R. Myers Foundation.

The loss of an Army buddy to suicide in February 2017 started the wheels turning to creating Project Headspace.

“I was in a weird place. I had trouble adjusting,” Peterson said. “I’m still working through things. A lot of people have helped me deal with things. This is so much a group effort.”

A big part of that effort is wife Ashley.

“She is the type of person who is relentless. She is incredibly supportive,” Peterson said. “She is my rock. She has dealt with a lot.”

Ashley said her husband does well balancing family, work and volunteering. He is not one to crave the spotlight, she said.

“Eric is very humble. He doesn’t like to draw attention,” she said. “He says if they don’t do it, I’ll do it. He is in it for the right reasons.”

Residents at the Illinois Veterans Home at Manteno might mistake today for Christmas.

Resident of Manteno with his wife, Ashley, and daughters, Lilly and Cece. He grew up in Limestone.

2006 Herscher High School graduate, now one semester away from a bachelor's degree in psychology.

"Whoever fights monsters should see to it that in the process he does not become a monster. And if you gaze long enough into an abyss, the abyss will gaze back into you." Friedrich Nietzsche

A look at some of Eric Peterson's philanthropic efforts in 2020.

• Recorded a Dad-Joke Battle Video with local fathers to raise awareness for the Marine Toys for Tots Organization.

• Hosted Zoom calls for multiple area high schools to discuss what it means to be a veteran and the importance of community as it relates to mental health.

• Volunteered alongside several Project Headspace and Timing board members to participate in a smart home build for a disabled veteran in Ohio, orchestrated by A Soldier's Journey Home, and funded by the Stephen Siller Tunnel to Towers Foundation.

• Worked one-on-one with veterans in regard to handling suicidal thoughts, depression, anxiety, funneling them through the proper channels to receive care, and creating safety nets for the veterans, comprised of their family members, friends and service members.

A recent collaboration of Sleep in Heavenly Peace and Project Headspace and Timing built 30 beds for Kankakee children.