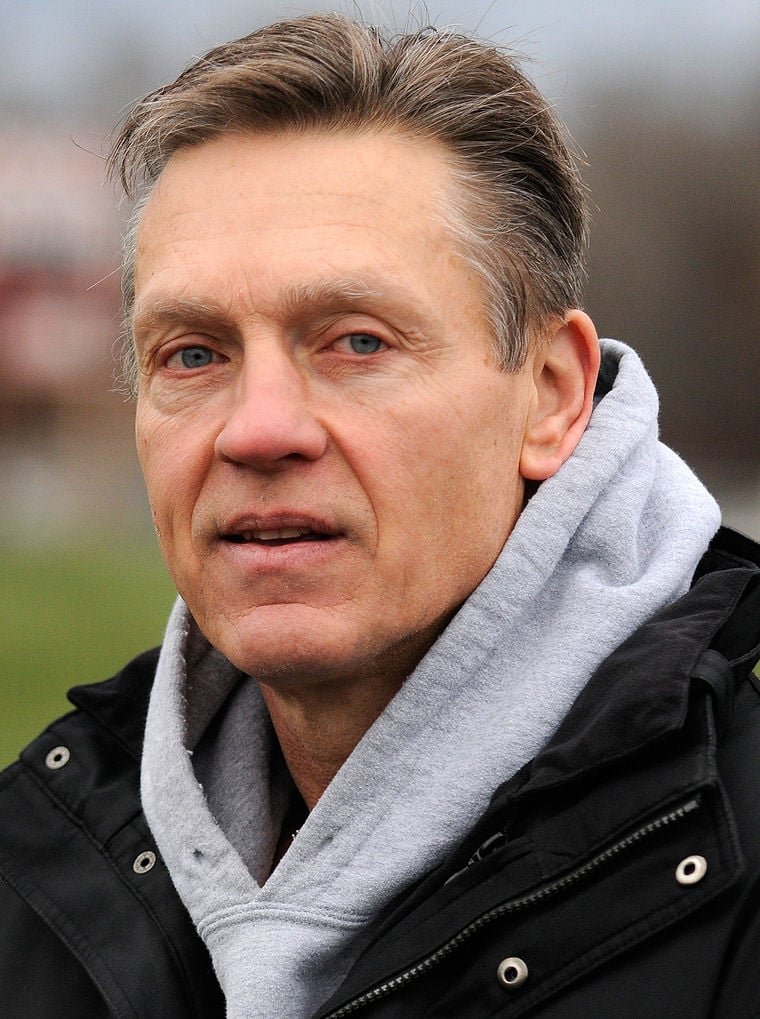 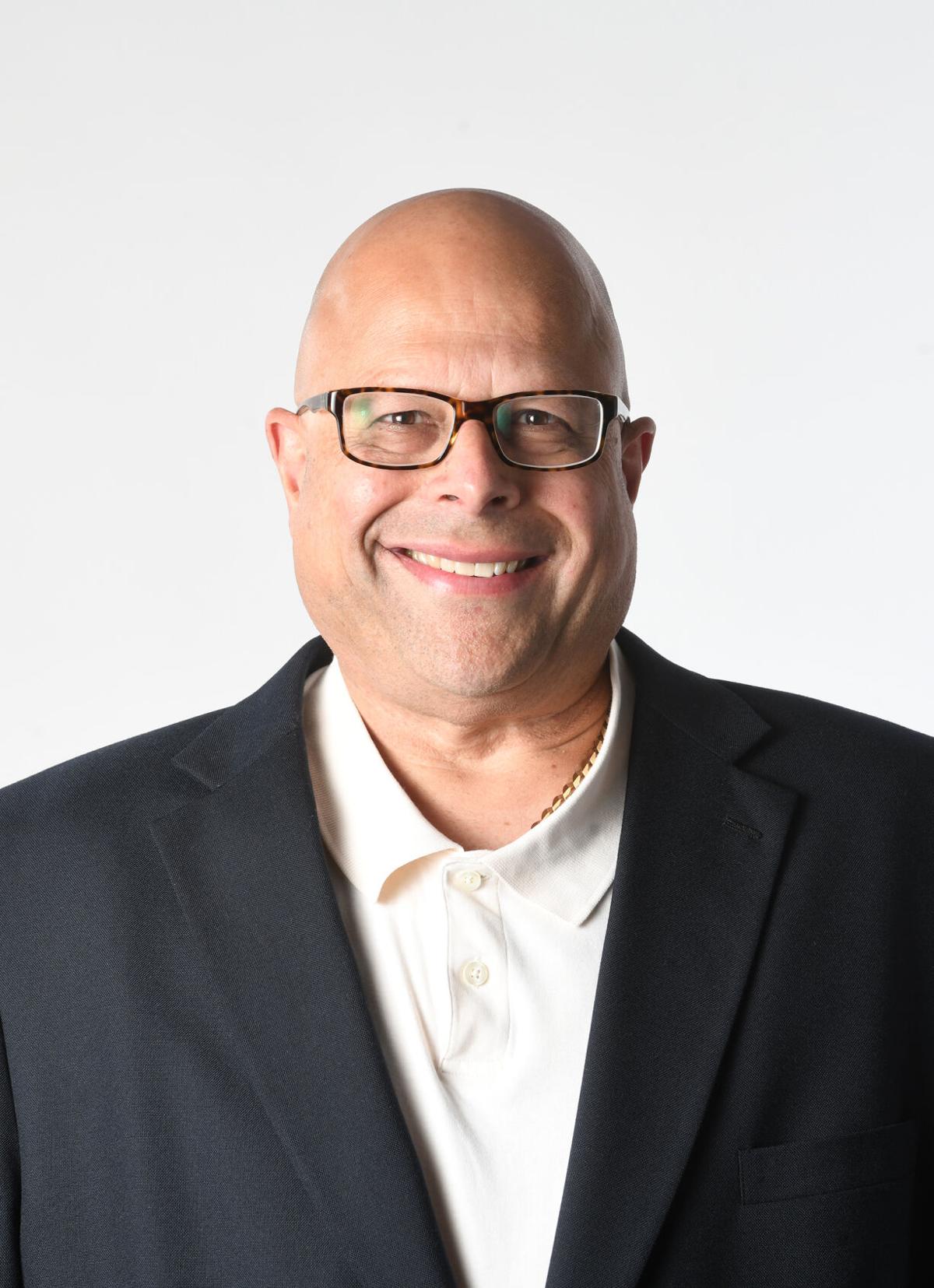 Recently, Don Daake and I had the distinct pleasure of having lunch with Ted Petersen, a Momence native, All American football player at Eastern Illinois University, and a two-time Super Bowl champion offensive lineman with the Pittsburgh Steelers.

The crux of our conversation centered on what it takes to be a Super Bowl player and exhibiting that mindset. The Jesuits have a saying that extols the virtues of “Precision of thought, economy of expression.” Ted exemplifies this ideology of thought through his experience as a professional athlete by precisely knowing what he is talking about, getting it clear in his mind, and, thereby, expressing it succinctly with effort and results.

This precision is specifically related to having a Super Bowl champion mentality and knowing what needs to be done to achieve personal and organizational success.

A litany of excuses vibrates throughout organizations and even professional athletes. We hear the same old worn-out expressions and pretext of justifications of, “I am tired, this is too hard, I am sick, I do not feel well” and, my favorite, “tomorrow I will do better.”

Olympians and Super Bowl champions do not rely on tomorrow; they do their best today and prepare for tomorrow. Whatever the price, cost or sacrifice, these champions are mentally and physically prepared to do what it takes to be at their best.

Perpetual turmoil is the essence of chaos and mediocrity. The need for a change in approach is straightforward and articulated by Petersen’s brilliant Hall of Fame coach Chuck Noll of the Pittsburgh Steelers, who won four Super Bowl championships in a six-year span (IX, X, XIII, and XIV).

Noll unequivocally said to his team, “Know your job, do your job, and do it better than anyone else, and we will be champions.” He also said, “Before you can win a game, you have to not lose it.”

These were the hallmarks of the Super Bowl champion Steelers. Noll exemplified the tenets of leadership by instilling these philosophical golden nuggets of wisdom: “Your job does not define you. While dedication to principles, strong work ethic, and the desire to lead your team to greatness are noble traits in any leader.”

The logic underlying Noll’s wisdom is predicated on one of my favorite operational definitions of leadership, and, simply put, “Leadership is influencing outcomes and inspiring others.” Therefore, anyone who can influence their organization or team’s outcomes and inspire others is a leader.

Coupled with ability, as Noll defined to his team, “Know your job, do your job, and do it better than anyone else,” sets the stage for a champion mentality. It centers on effort and not excuses, mental toughness and not mediocrity and pursuing excellence in everything you do, sets that stage for the heart of a champion. A touchstone of this issue encapsulates Noll’s maxim, “Champions are champions not because they do anything extraordinary but because they do ordinary things better than anyone else.”

This realization led Petersen to achieve the distinction of playing on and winning two Super Bowl rings with the Steelers. I asked Ted to share some stories of how he achieved greatness and was quite surprised at the simplicity of his strategy. I want to share Ted’s approach to attaining and becoming a Super Bowl champion below and make my comments in parentheses on adding to your leadership domain.

1. The enemy of grit is a life of ease. (Mediocrity kills excellence every day of the week. As Aristotle opined, “You are what you repeatedly do, so practice excellence and make it a daily habit.” As Napoleon Hill said, “What the mind can conceive and believe, it can achieve.” Therefore, conceive being your best and then set out to achieve it.)

3. Never quit. (As the old saying goes, “Winners never quit,” they may stumble and fall, but they get back up again and again. Losers make excuses, and winners become champions.)

5. Your attitude is everything. It motivates you to achieve your vision and dreams. (Again, as Hill said, “What the mind can conceive and believe, it can achieve.” Therefore, have an attitude of excellence and resiliency. The task at hand may be daunting, but 99% of the time, it is a poor attitude that dissuades you from achieving greatness.)

8. Get acclimated to the weather. (Ted explained that his Momence High School football coach — Jack Cherry, would say to the team, “Do not sleep with air conditioning as you need to get used to being in the hot weather.” This coaching philosophy helped Ted, and his teammates get used to being in adverse conditions, and when faced with difficulties, they were well equipped to handle what was thrown at them and succeed despite the hardships they were enduring.)

10. Ask how you can be better? (How often have you asked your coach or team leader how you can be better, rather than complaining about not getting enough playing time or the plum job assignment? Therefore, it is incumbent to have the wherewithal to understand your role and your respective position at the current time. This introspection requires self-awareness and an honest reflection of your contributions. If you want additional responsibilities or to play more on your team, ask what you can do to improve, and then be diligent and follow through. The results may surprise you and everyone else for that matter.)

Petersen learned the valuable lessons above and reiterated some additional insights he learned to be a successful two-time Super Bowl champion. These maximums include:

1. First, get in the game. Winners don’t always win, but they prepare to win. Do not quit, and you can work to succeed.

2. Above all else is attitude. Your attitude determines your altitude.

3. Intense effort. If you try the same, you will stay the same.

4. You never arrive. (Noll) if you think you have, you need to retire.

5. Don’t forget where you came from and who helped you get there.

6. Build the ladder to your dreams by incorporating the fundamental steps needed to get to the top.

7. Noll’s favorite saying was “Run it again.” We became a fine-tuned machine. Coach Lou Holtz from Notre Dame said his team would get a good two-hour practice even if it took them three hours.

8. In the U.S. Army in Korea, Ted’s father learned that he could do anything the other guys could do. He passed that lesson on to Ted.

9. Jack Lambert, Hall of Fame player with the Steelers, said the difference between the Steelers and other teams was that they had a great bench, and everyone contributed when needed.

Avowing this ideology, Lombardi said, “The quality of a person’s life is in direct proportion to their commitment of excellence, regardless of their chosen field of endeavor.”

Further illuminating this concept, Jack Dempsey (world heavyweight undefeated boxing champion from 1919-1926) said, “A champion is someone who gets up when he can’t.” And finally, once again from Lombardi, “The difference between a successful person and others is not a lack of strength, not a lack of knowledge, but rather a lack of will.”

Therefore, have a heart of a champion and do not quit, make excuses or let failure deride your dreams. Believe, conceive, put forth the effort and a spirit of excellence and attain a Super Bowl champion mentality.

Dr. Edward Piatt, Ed.D., MBA, is an adjunct professor of business at Olivet Nazarene University in the MBA/MOL program. He also serves as an adjunct professor in the doctoral program and doctoral dissertation advisor at Trevecca Nazarene University. In addition, he is also an organizational consultant and specializes in Emotional Intelligence. He can be contacted through the Daily Journal at editors@daily-journal.com or directly at epiatt@olivet.edu.