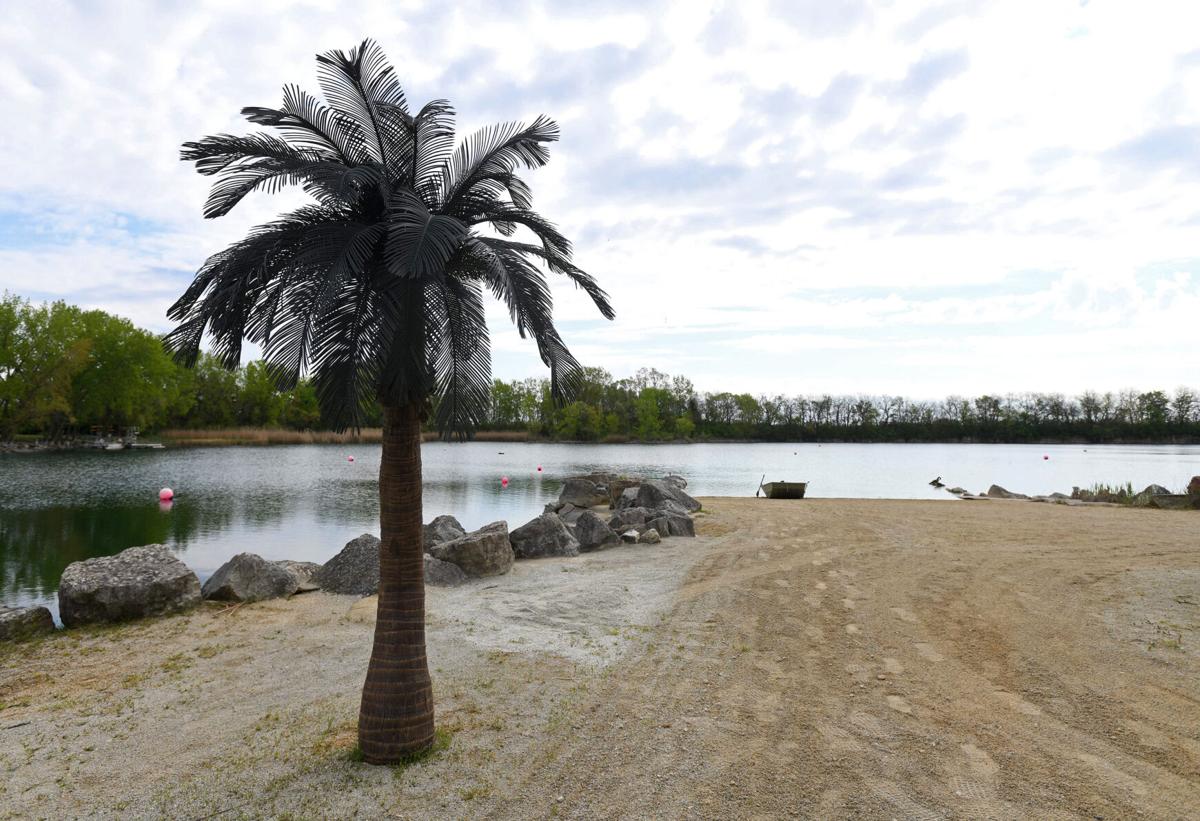 Kankakee’s Haigh Quarry, pictured on Friday morning, was named among the 10 best spots to go scuba diving in the country by USA Today. 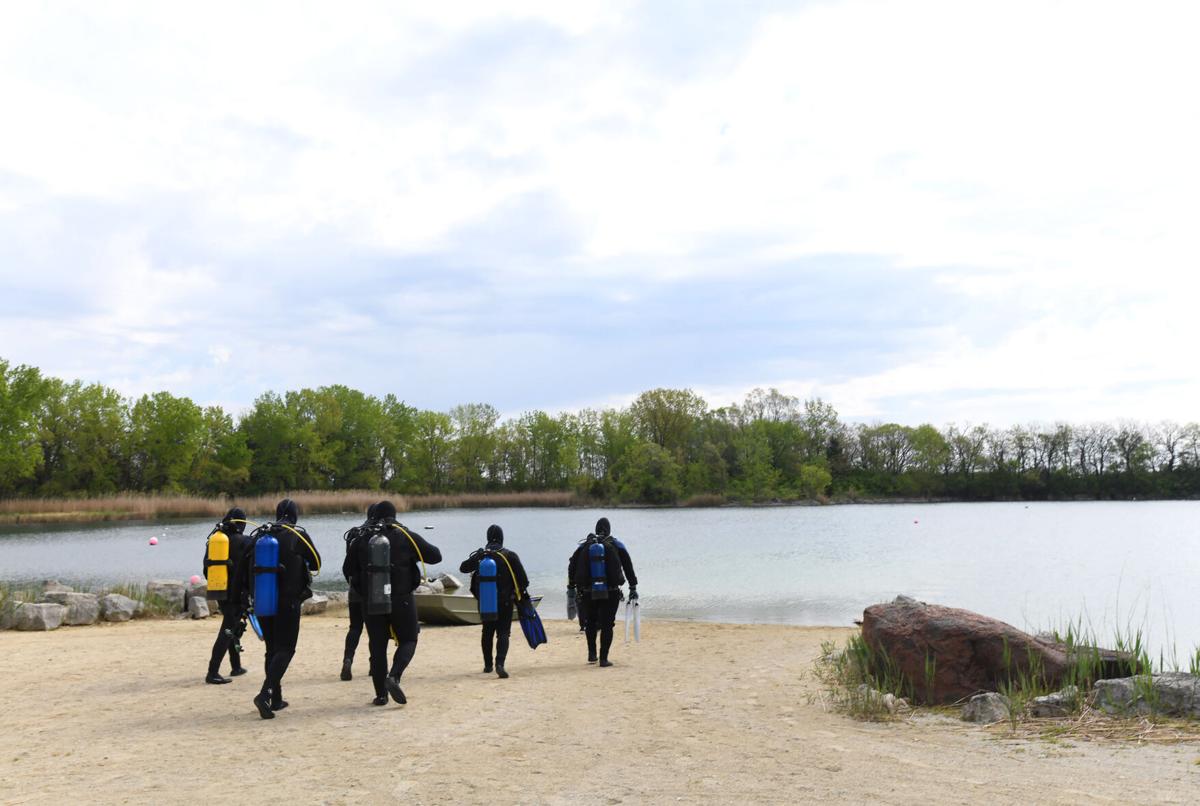 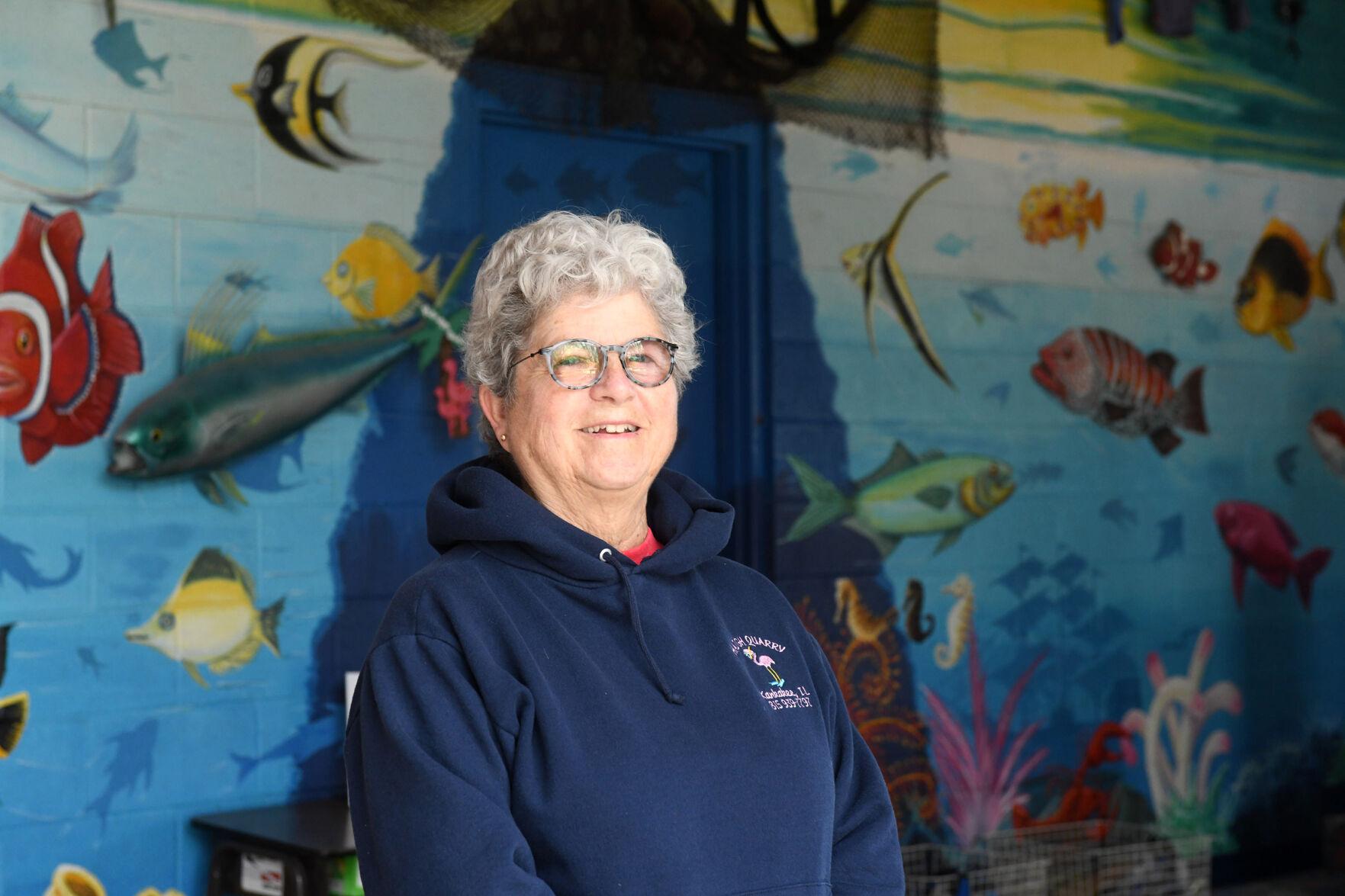 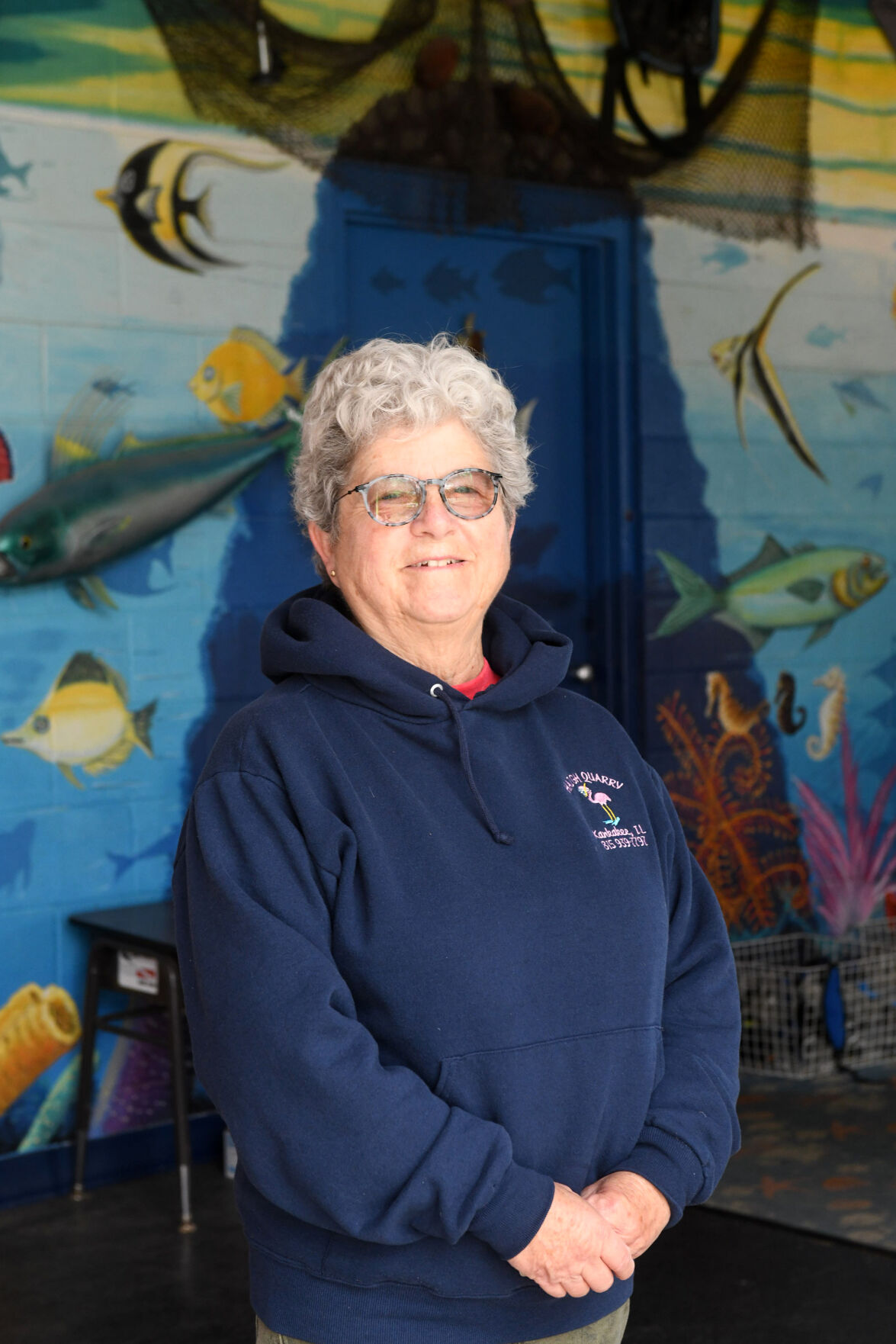 Tina Haigh, owner and operator of Haigh Quarry, stands in the scuba shop Friday morning. The Kankakee business was named among the 10 best spots to go scuba diving in the country by USA Today. 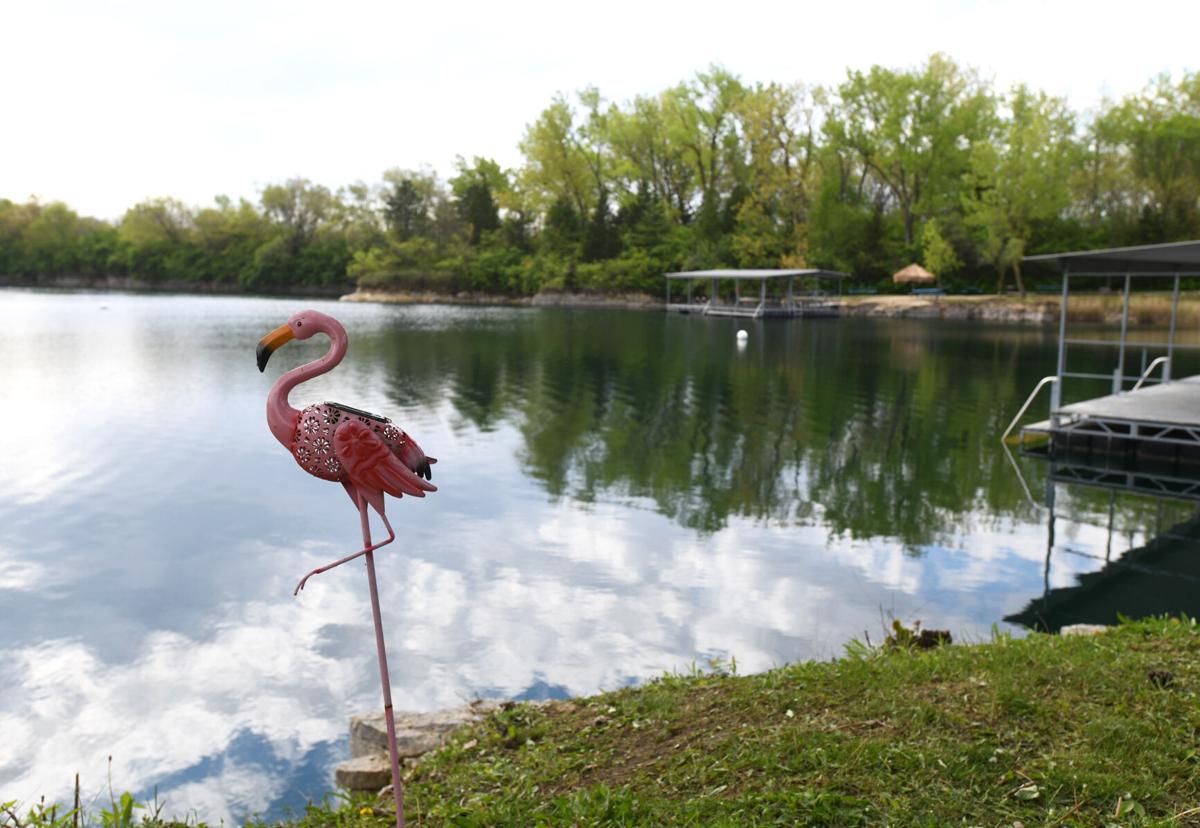 Flamingos adorn the grounds of Haigh Quarry in Kankakee. The business was named among the 10 best spots to go scuba diving in the country by USA Today.

Kankakee’s Haigh Quarry, pictured on Friday morning, was named among the 10 best spots to go scuba diving in the country by USA Today.

Tina Haigh, owner and operator of Haigh Quarry, stands in the scuba shop Friday morning. The Kankakee business was named among the 10 best spots to go scuba diving in the country by USA Today.

Flamingos adorn the grounds of Haigh Quarry in Kankakee. The business was named among the 10 best spots to go scuba diving in the country by USA Today.

A national publication recently revealed what the scuba diving community has known for quite some time — Haigh Quarry is one of the best.

USA Today newspaper named Haigh Quarry among the best spots in a story on April 19 on “10 great places to go scuba diving right here in the US – even in the Midwest.”

“I was shocked,” said Tina Haigh, owner of the business. “A friend of mine called me, and he said, ‘You’re not going to believe this, but you’re listed in here among the 10 best spots in the USA to scuba dive.’ I thought you gotta be kidding. So I looked up the article and sure enough we were in there and in there with with Hawaii ... really in the middle of the middle of cornfields.

“When people, particularly from Chicago, come in, they just remark about how peaceful it is out here. No hustle bustle.”

Haigh Quarry has been that peaceful spot for 30 years when Tina and her husband, Jim, opened the business in 1991. Jim purchased the former limestone quarry several years before.

“It was up for auction and my husband at that time had a tree business, and he needed a spot to dump the trees that he had removed,” Haigh said. “The stone company had pumps over here in the south end, and he decided to unplug the pumps and it filled up naturally.

“He bought this in ‘78, and then we just decided to use if for our own family for recreational purposes.”

Then a friend suggested the open up a scuba diving business. Haigh did her own marketing, contacting scuba dive shops to offer her facility for their divers to use and explore. The rest is history.

Haigh Quarry has grown from having one dive shop use its facility to having dozens.

“We opened it up with one dive store using the facility, strictly, since we didn’t know what we were doing,” she chuckled. “And then the next year, it worked out for a couple years, and then we decided to open it up to other dive stores.

“Approximately, we’ve got now about 60 different dive stores and independent instructors that use the facility for training, and then we have recreational divers that just come in just for the fun of it. And they come from seven different states.”

Most divers are from the greater Chicago area and from Indiana, Michigan, Wisconsin and Missouri.

Entry fee for certified divers is $25 per day and $10 for non-divers. Haigh Quarry has everything you need to scuba dive, and has rental fees for each item, while a complete package (wetsuit, hood, gloves, tank, BCD, regulator, weight) is $80 per day or $135 for two days.

You don’t know how to scuba dive but want to learn? Haigh Quarry can take care of your new adventure, offering an introductory course for $125. The class consist of short lecture, learning a few basic skills and one open water dive. The quarry has three instructors on staff.

“It’s what we call discover scuba, and that’s a four-hour course,” Haigh said. “That kind of introduces you to to whether or not that might be something that you might want to do because then the open water course is a little more expensive, but it’s a lifetime certification.”

Kinney took the lifetime certification course and was referred to Haigh Quarry by a dive shop in Chicago.

“The dive community is such a good, nice community,” Haigh said. “They’re very respectful of the grounds. They’re ecology-minded. It’s a good group. There’s not any fighting, there isn’t any stealing. People leave their cars wide open and the equipment laying out. We’ve never had an issue.”

Tina Haigh pretty much runs the business by herself, while her son, Ben, helps her out in the summer. Jim passed away in 2001. Her home is adjacent to the quarry and Ben has a house on the property as well. She has no plans on retiring anytime soon.

“I just roll out of bed and go to work,” she said. “... So, it’s a little family compound. Retire, who’s gonna retire? I enjoy the divers. They’re good people. Everybody looks out for everybody else. We’ve got a little niche. We sell air and water. What a deal.”

SIZE: The quarry encompasses 13 acres with its deepest depth of 80 feet.

* The quarry is full of approximately seven different kinds of fish, including bass, bluegill crappie, perch, northern pike and paddlefish. The paddlefish were donated by the Shedd Aquarium.

* On the bottom of the quarry sits mining equipment, including rock crushers, drills, a conveyor belt; a dump truck, a military amphibious vehicle, a 33-foot cabin cruiser and a 1962 fire truck.

Closed on Tuesdays and July 4