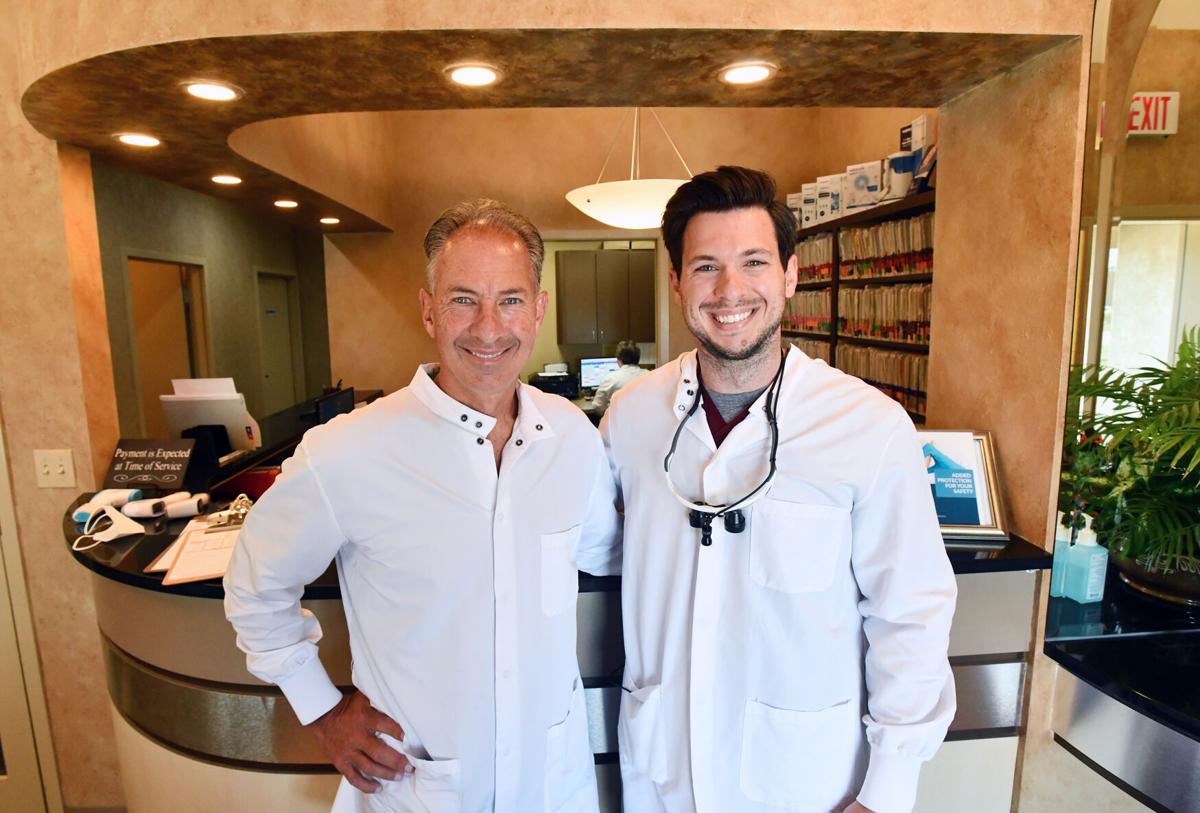 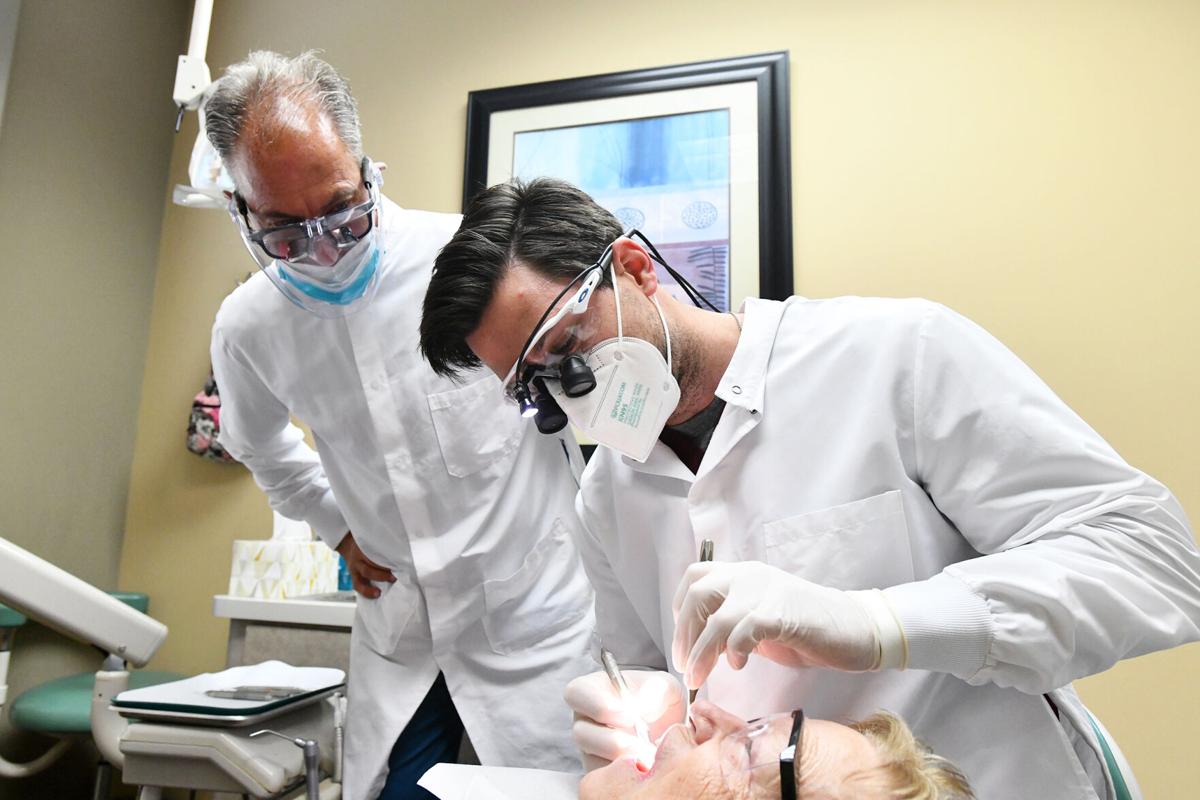 Dr. Kelly O’Connor, left, drops in while his son, Dr. Derek O’Connor, performs an exam on a patient at their family dental practice, Main Street Dentistry. 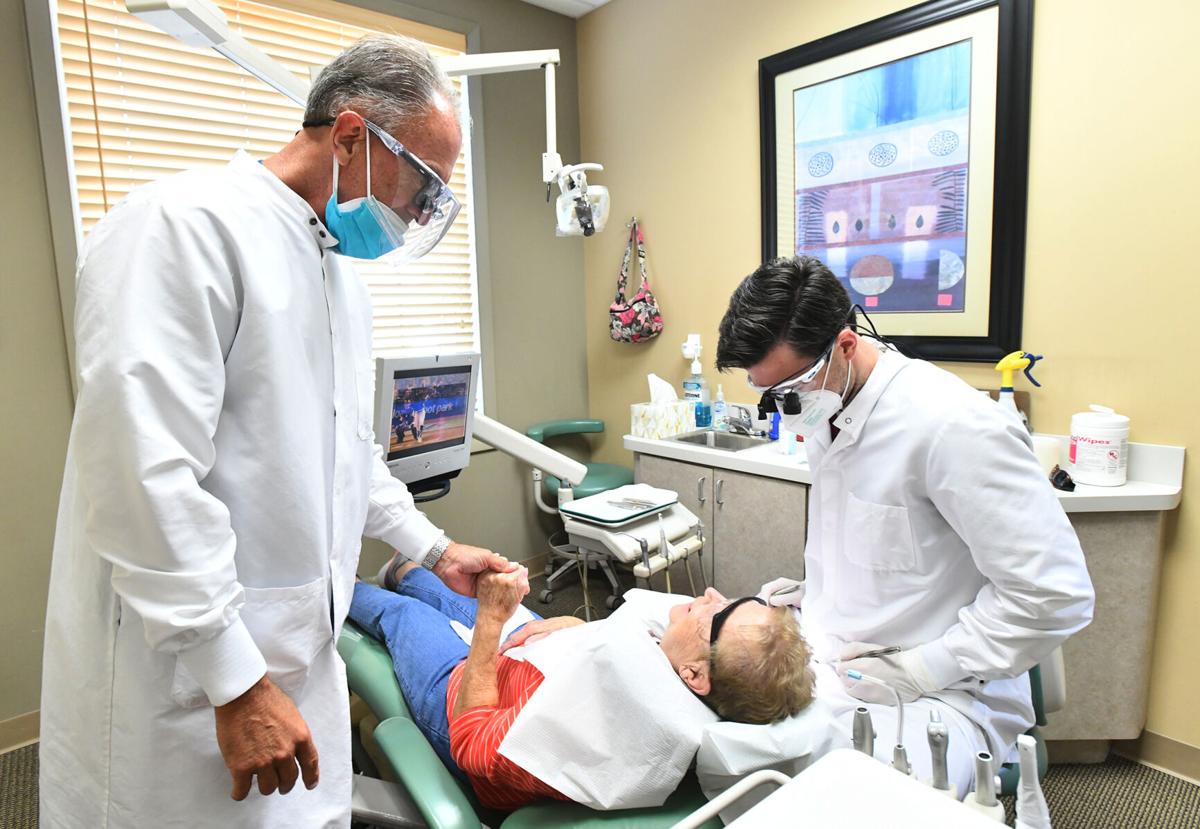 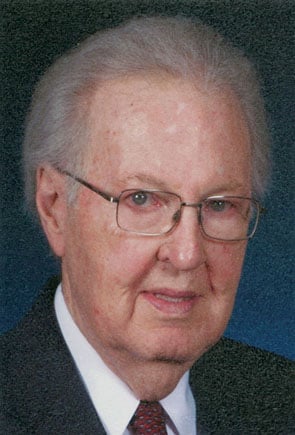 Dr. Kelly O’Connor, left, drops in while his son, Dr. Derek O’Connor, performs an exam on a patient at their family dental practice, Main Street Dentistry.

It’s always been all in the family for the O’Connors.

Dr. Kelly O’Connor saw some early indications that his son, Derek, was going to eventually join him in his dental practice at Main Street Dentistry in Bourbonnais just like he did 34 years ago with his own father, Leo.

“It’s one of those things, you grew up watching him and what he does and that kind of thing ... because Derek really kind of from the moment he was born, he had these kind of like dental skills,” Kelly said. “So much so that his brother and sister didn’t even think of becoming a dentist. It was an early age that in the family it was known that Derek was going to be a dentist.

“His skills growing up were a little bit more like my father’s. It was just more mechanical, which was kind of nice thing because Derek and my dad were born on the same day [Feb. 7].”

Derek, 29, became the third generation of the O’Connors to practice dentistry in the area since grandfather, Leo, started his office in 1954 in the old Arcade building in downtown Kankakee.

Leo moved his practice to the Meadowview Shopping Center when it opened in the late 1950s and then to its current spot in 2001 in Bourbonnais.

Kelly, 60, graduated from Bishop McNamara Catholic High School in 1979 and did his undergraduate study at Loyola University and also his four-year dental school at Loyola.

Coming back to work for his dad in 1987 was an easy decision.

“There were a couple other guys like Joe Wertz would come back to town, so that was something that kind of the guys were doing and that kind of was the plan all along,” he said. “... I get to see Jerry Kreig, my old basketball coach. I see that person that was our next door neighbor. It is a really kind of a neat thing, especially a neat thing here because we just had a patient the other day and he said he started going to see my dad in 1954, so we have a number of these patients.”

Derek, who just started in May at Main Street Dentistry after finishing dental school, said he hears those kind of stories a lot.

“Every day I sit down with a patient to do a check, and they tell me that they started with my grandfather, their family has been coming here for x-number of years,” he said. “It’s great to see that it’s still in the family.”

Kelly said the relationships you build with families are what has helped the dental practice thrive for 67 years. Main Street Dentistry serves several thousand patients.

“Our mission statement is ‘caring, comfortable, professional,’ so that’s what we always do,” he said. “These patients we’ve got, we see them out. We do a lot of contact with them, so it’s great to practice in this area.”

Derek graduated from Bishop McNamara in 2010 and went to Butler University for his undergraduate degree. Although deep down he knew he was destined to be dentist, he took a detour before entering dental school at Creighton University.

“After college I wanted to see if there was anything else that interested me because I’ve really only been around the office with my grandpa, my dad, my aunt,” he said.

After a couple jobs he realized that he would more enjoy a career in dentistry.

Both Kelly and Derek were star quarterbacks at Bishop Mac, and ironically, each had their final two seasons end in playoff losses to Geneseo. Kelly said those trials and tribulations go a long way in the real world.

“Small businesses have different challenges, but sports really helps you to be a business owner,” he said. “Derek and I were both the quarterback at McNamara, were captains so that we’re used to just do it — that’s kind of what we did — so really it makes a big difference here.”

Derek said it helps making sure everyone is on the same page in the office.

“Everybody’s got the same goal in mind,” he said. “We’re all treating the patients as best we can.”

With Derek becoming the third-generation dentist, Kelly said he’s glad the tradition of his family serving the area will continue long after he retires — not that he’s going anywhere anytime soon. Kelly’s sister, Angie Holmes, also works in the office as a dental assistant.

“We’ve been here since 1954,” Kelly said. “We’ve moved locations, but our patients know that we’re here, we’re not going anywhere. And really that’s partly why they really like that Derek is here, because so many of them have been coming here, they wouldn’t want to have somebody really outside the family treat them, and they wouldn’t want to take a chance that somebody else would do something different.

“They want to continue on what we’ve been doing for 67 years.”

Main Street provides the basic general dentistry but is looking to expand on some treatment options. And there might be a fourth generation O’Connor dentist.

“I’ve got a granddaughter who comes in with scrubs already,” Kelly said.

Teray Spence is always where she thought she would be. Spence, of Bradley, has been the owner of Roger’s Tattooing on West Broadway since Jan. 1.